The current character I am playing has descent martial skills (8), but not enough to lead any troops. This is quite common for me, it is more often I let other characters with higher martial skills lead.

However, quite often I gain a military trait anyway, just now I chose to be an inspring leader.

My question is. Does this trait matter at all if the character doesn't lead any troops? Is the currently played character participating in the battles anyway?

Somehow it seems so, since I gained the trait, but I still suspect it doesn't matter unless I assign him as a leader.

There are more leaders in an army than just the three main flank leaders. If you expand out the information panel on an army like this: 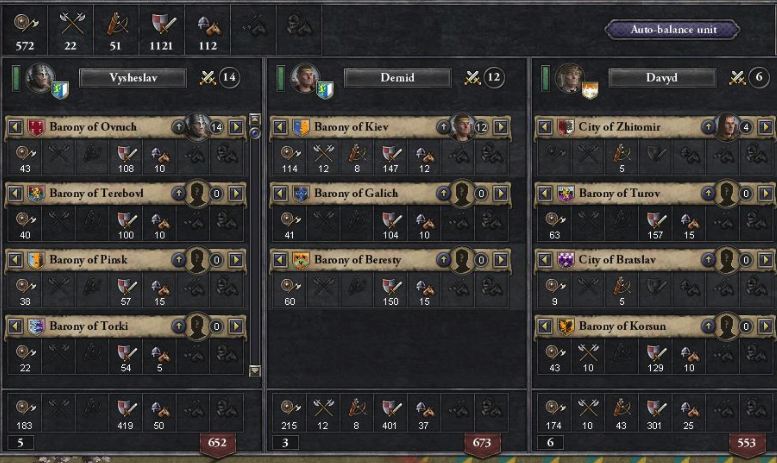 You can see that every individual levy/retinue/mercenary unit has its own leader slot as well. If I recall correctly, whenever you raise your own personal levies, your character will assume control of that unit of soldiers, so may be "leading from the background" so to speak.

Edit: You can also always check to see if your character is leading troops by checking for a little sword icon on the top left of his portrait.

Also, the trait Inspiring Leader, like all army leadership traits, has no use outside of combat. You can find a full list of these traits and their bonuses here:Military Leadership Traits