How can I create a copy of an entity using command blocks?

More specifically, say there's a pile of items on the ground, for instance after someone dies, and I want to create an exact copy of each of those items (NBT tags and all), but in a different (specific) location. How would I go about doing that?

Taking the naive approach, the math gets pretty horrifying pretty quickly. For instance, adding a command block for every combination of every enchantment on every item that can hold those enchantments quickly becomes unmanageable. For instance, there are 6 enchantments that can be applied to every type of armour, there are 5 armour grades, 4 armor pieces at each grade, and at least 3 enchantment levels (with default enchanting) for these enchantments. That alone would take 720 command blocks (considering I need 2 command blocks to do the clone), to say nothing of the various combinations of enchantments that can be had within those 6, plus other enchantments available to individual armour pieces, and durability (oh god, the durability) of the items. Obviously, writing thousands (millions?) of command blocks with testfor @e[type=Item] {NBT:"some long and nested NBT tag} and summon Item x y z {NBT:"the same long and nested NBT tag} isn't feasible (and won't even produce the correct result). No, I need another way.

I've been through the commands page on the Minecraft wiki, and nothing jumped out at me. The closest command I could see is the clone command, but that only works on blocks and tile entities (i.e. chests, furnaces, and the like). Also, I know I can edit the NBT data directly, but the point is to be able to do this while the game is running.

My thought is to use a structure block, to clone the entity.

I'll just show how to set up the structure blocks. I'll assume you know what your doing with the teleportation of the entities. 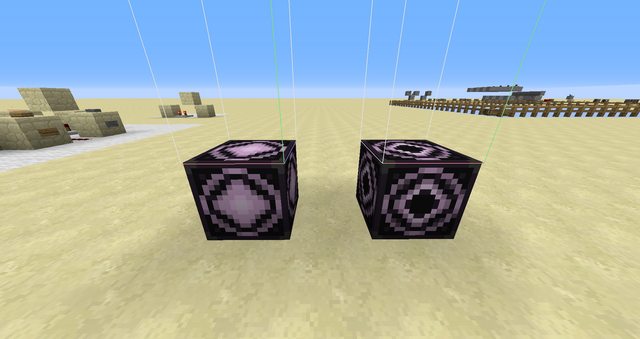 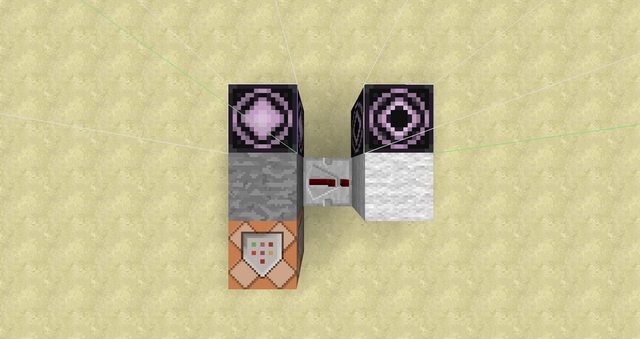 (The command block in the second picture removes the stone block when a red stone block is placed there.)

So the structure block on the left is the saving block, you place the entities to be cloned on top of it. 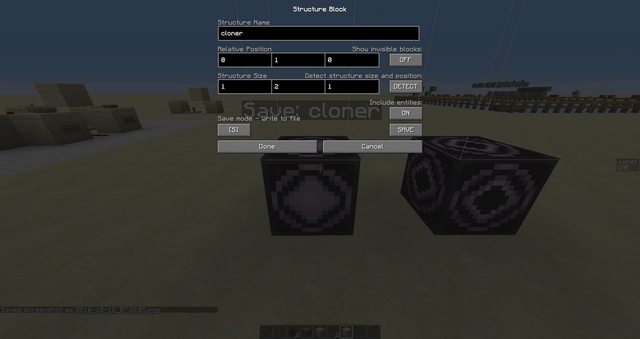 You must have "Include Entities" set to on, or it won't clone entities.

The block on the right loads the entities. (If you use red stone to save, it will only save to RAM, not your disk, which is good.) 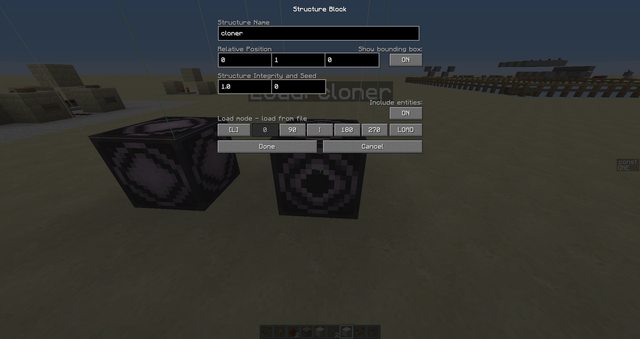 (The structure name doesn't have to be "cloner", but it just has to be the same in both blocks.)

When you have the cloning device set up, you just have to teleport an entity on top of the structure block on the left, place a red stone block in place of the stone one, then one red stone tick later, you'll have two identical entities.

One option would be to use armor stands or wither skulls to be placeholders and teleport the items back and forth.

Or you could place hoppers and chests with /setblock, copy the chest with clone and then take the items out with hoppers and droppers. I can't remember if you can break a chest so it drops items with /setblock. If you need to, use /entitydata to add/remove tags to stop items from despawning.

The only way to do this reliably currently is to teleport all the items to a hopper and put them into a chest. This can be speed up using the /blockdata command to negate the cooldown of the hopper, but will still take some time for a large number of items (320 ticks or 16 seconds for a full hopper). The chest can then be cloned to the required location, and using /setblock x y z air 0 destroy with the doTileDrops gamerule set to false, the contents but not the chest will be dropped.

I'm surprised no one suggested this, but if /teleporting rather than cloning is an option, you can target the items directly:

Here's what this is doing:

This will teleport any group of 5 or more distinct item stacks to that location. If you want to make sure not to teleport items that, say, popped out of a broken chest, you can also use the same method to check for a certain number of XPOrbs in addition to Items. I can't think of anything other than a player that might drop more than 3 or 4 xporbs and more than 5 items.

3
Can I /clone relative to entities, not the command block?
3
Copy player's armor and offhand items into a chest