Some time ago I have seen a minecart security mechanism which hid the minecarts below the surface and made them appear on a lever-switch. It appeared between two diagonally placed blocks (viewing from the side). Switching the lever made a door noise inside the system.

In case anyone understands what I am talking about - I am looking for any blueprints or details on this mechanism, do any exist?

Edit: As suggested by James, I used power rails to solve the problem. This system is small, works fine and can even be condensed down to a booster section of 1 block. Note the ladder I put in the IO-tunnel so that the cart doesn't pop out. I will implement vertical wiring as well so it only needs two blocks in width.

Here are some screenshots taken from the system. 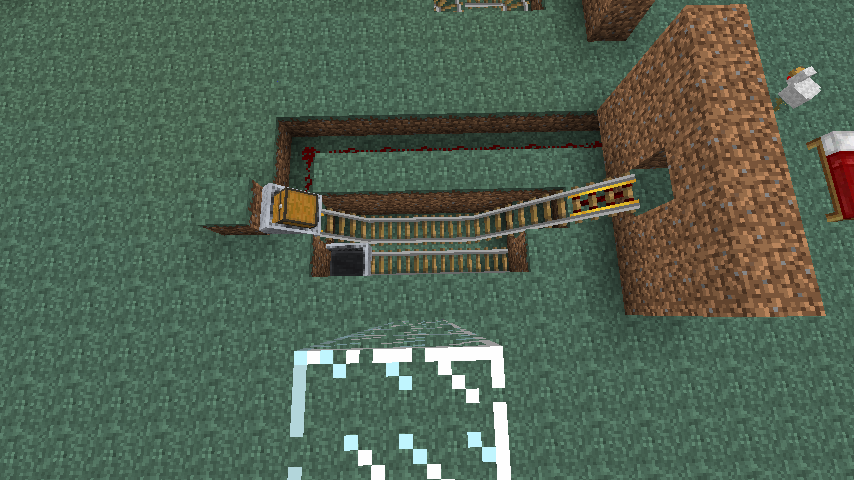 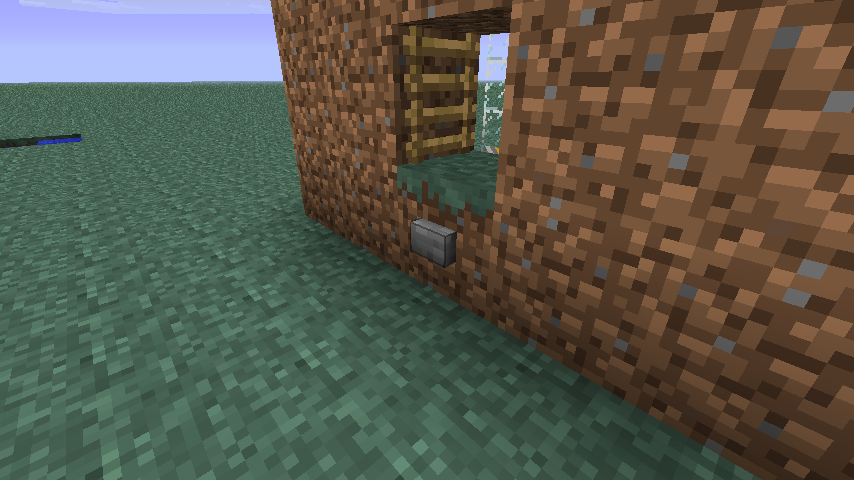 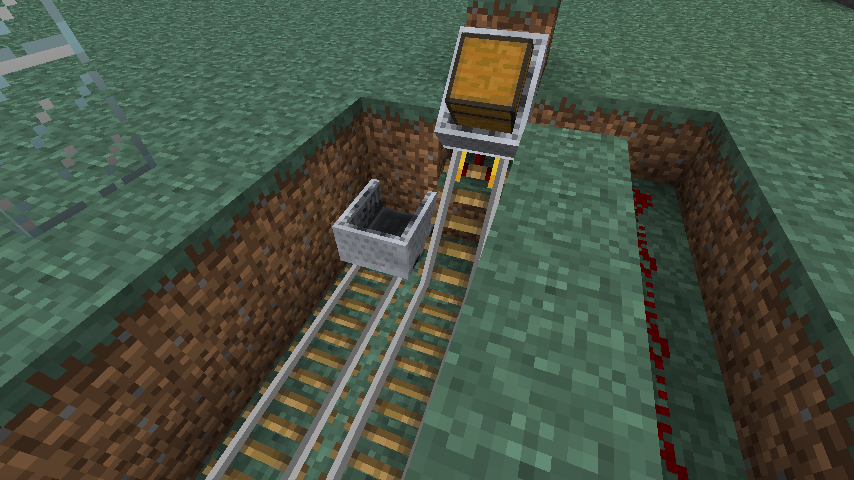 You will likely just want a minecart dispenser of one of the two formats (these ones use Powered Rails for the dispenser booster) which will then have additional track to move the dispensed cart up to where you want the button placed.

The door sound you heard was a door booster, but you'll want to use one of the newer powered rail designs.

For making the minecarts appear out of nowhere, you're looking for something like the following system: Minecart Magic! (pistons are not needed).

2
Powered minecarts pushing paused carts
15
Leaving minecarts without moving them
11
Speed up minecarts without using other minecarts?
6
How can I get this redstone blast door to do what I want?
7
Unloading animals from minecarts
0
Do occupied minecarts float?
5
Chunks and Redstone
3
Keep the Nether loaded
5
How do I make a continuous loop of minecart rails without the carts merging into one another?