i am having problems with my guardian farm. We build this huge thing in about a month on our server and now it won't work properly. I hope someone of you got any idea how to fix it.

Setup: We dug out the complete guardian temple, put in layers of water which can be deactivated by dispensers with buckets. At the bottom, everything funnels in a central row, filled with lava where the guardians fall down and die from the fall damage + lava burn. The drops are collected by immense hopper arrays. The complete setup was lit up in about 128 area by me in 4-5 days work. Therefore i get about maximum of 6 monsters spawning in the complete area (which are 99% squids)!

Behaviour: Once i start the farm i get up to 20-30 entity spawns. All guardians. They give some drops and everything is fine. This is all ok for about 1-2 minutes after that the map just stops spawning new guardians. And even then, 20-30 guardians is VERY low compared to what should be possible with this setup.

I added the green-glass minecart track where i afk in in a try to give the whole farm a ton of chunk updates in order to renew spawns. This improved the situation so about 5-10 minutes i get spawns of about 20-30 guardians. After those 5-10 minutes guardians will just stop spawning.

This farm was built on our server and is now played by me in singleplayer, because the server stopped. I use hard difficulty and i should get TONS of drops - nothing happening.

Questions: - What could cause this behaviour? - How can i fix it? 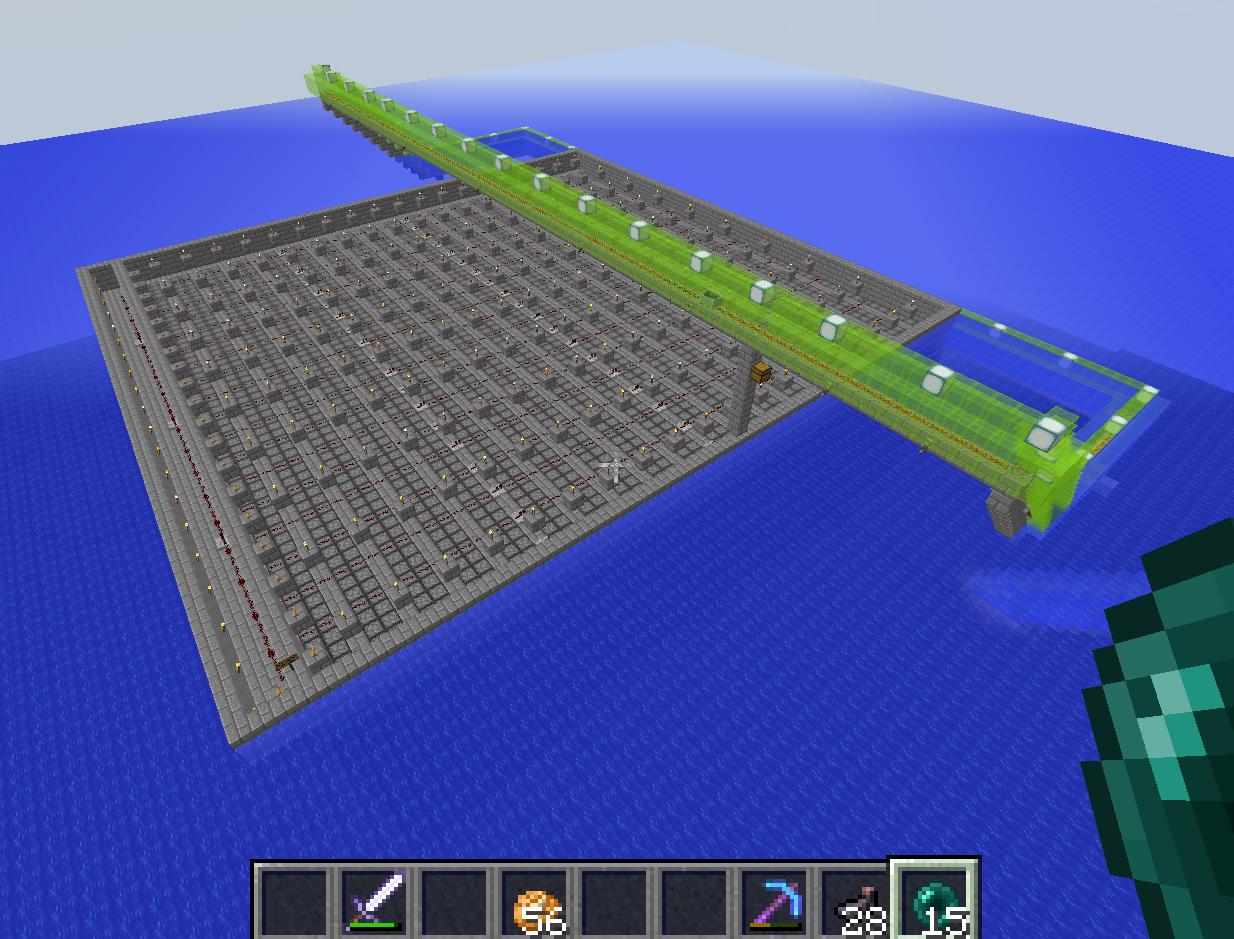 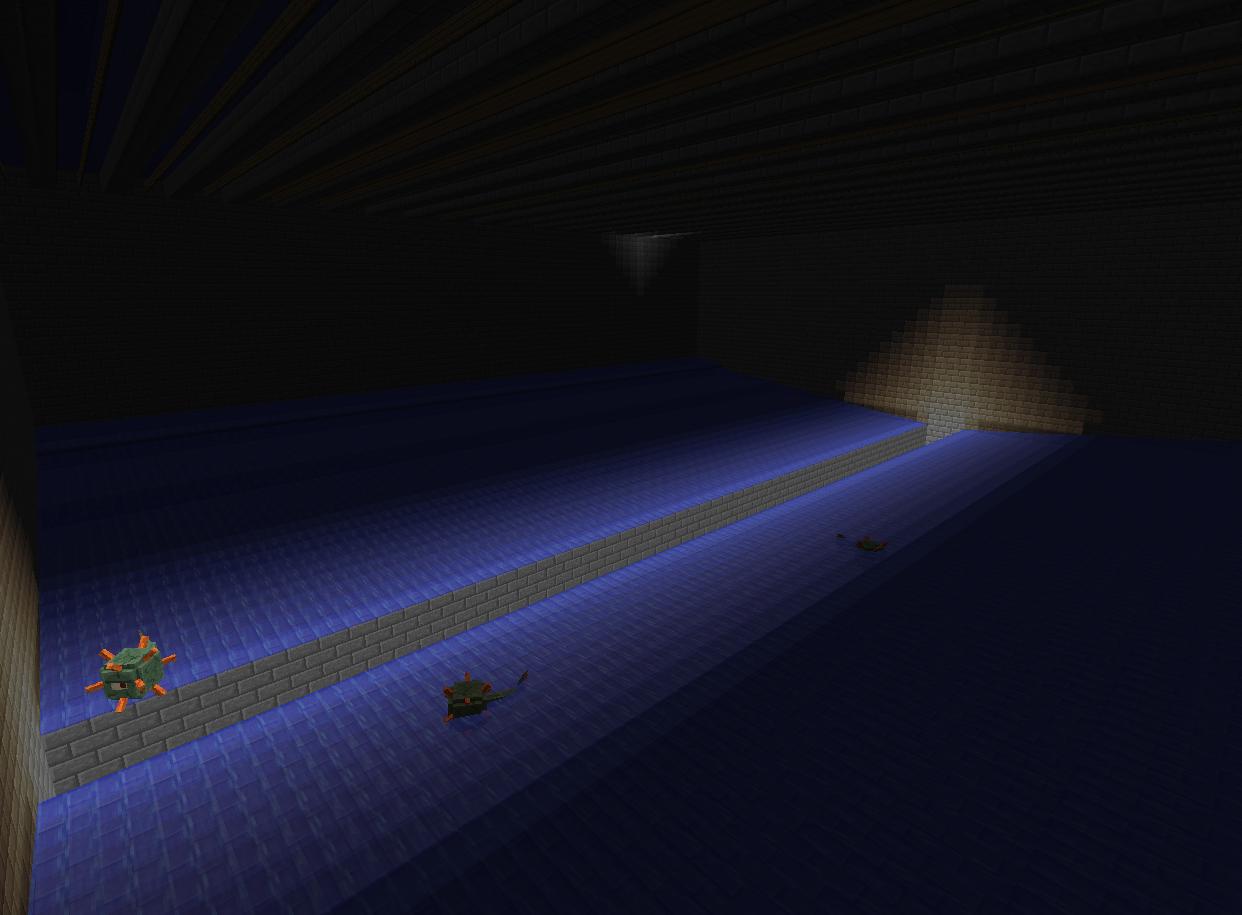 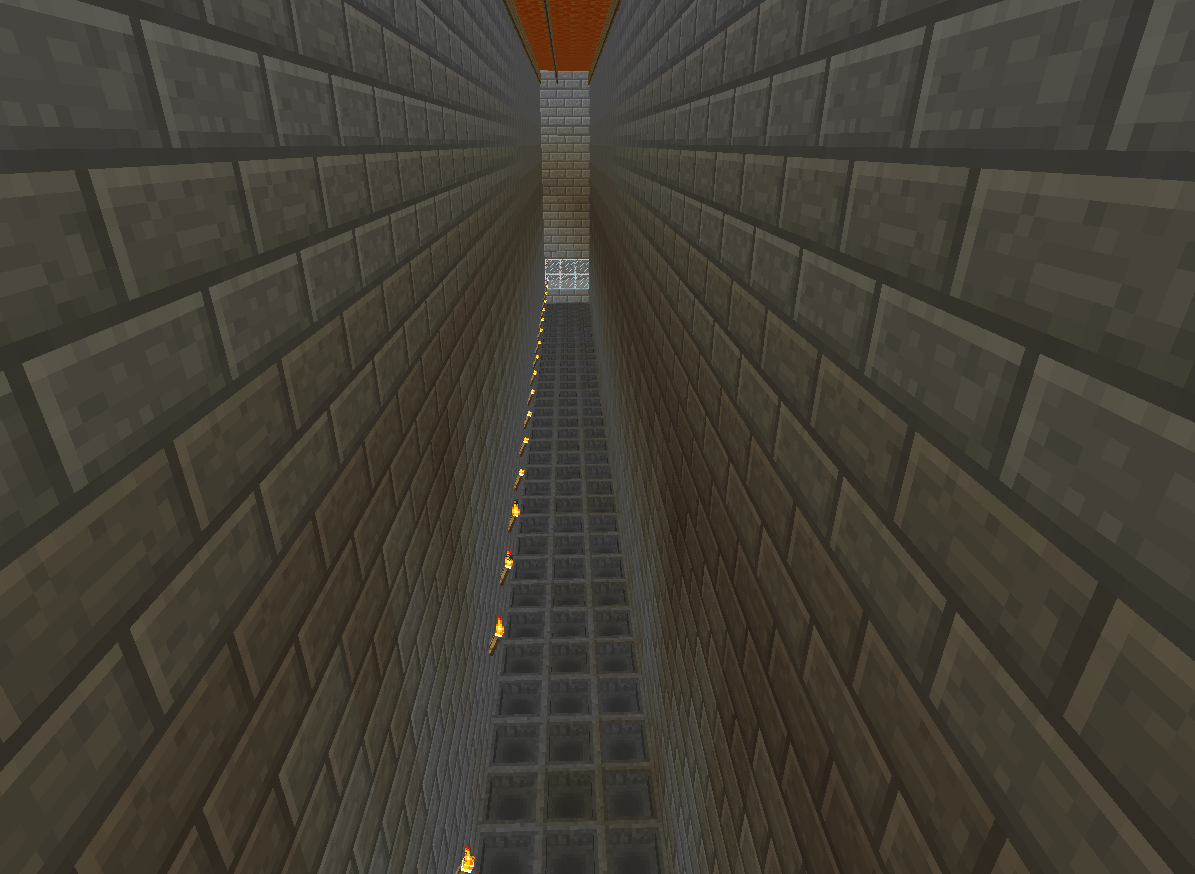 It sounds to me that you haven't perfectly lit the caves. Plus, you need to make sure you've lit up at least 128 blocks from the largest area you will be in. Any unlit caves within that range will slowly fill with mobs until the mob cap is reached, and your farm will be useless.

Related to your computer/render distance: if you spawn mobs in caves while in the minecart, and the chunks are unloaded due to your render distance when you move to the other end, they may stay alive and slowly build up until they reach the mob cap. This could be possible at render distance 8 or less.

Explanation about mobs not despawning outside of the 32 block radius:

This means that it takes an average of nearly a minute for a mob to despawn once it is outside that range. With your minecart, many mobs would never despawn, and again, if your chunks get unloaded as soon as (or even before) you get 128 blocks away (render distnace 8 or less), the mobs won't despawn even then.

Make your radius extend beyond 128 blocks from the furthest extent you might go to at the farm. I've done a 150 block radius at my witch farm - 150 blocks from each side of the witch hut. Make sure you have properly lit every cave inside that radius, i.e. light level 8 or above on each spawnable block. If there is even one unlit cave, that's hundreds or thousands of spawning spaces, and mobs will spawn quite a bit faster than they despawn.

Another thing to check would be slime chunks. Slimes do despawn now, but at the same rate as other mobs, so even when you have the caves lit, if you want perfect rates, you'd need to slab or fill in any slime chunks. You can use a slime chunk finder online to locate the slime chunks in your region.

As for lighting up caves, in a deep ocean biome I found a good way to do it is to get some depth-strider boots, brew some water-breathing potions, and then run along the ocean floor listening for mobs. If you hear mobs, dig down and light up the cave. I was able to get really good spawning at my slime farm using that method.