My son is a moron and I don't want him inheriting my empire. Why can't I nominate him as a bishop? [duplicate]

Ask Question
Asked 5 years ago
Active 5 years ago
Viewed 7k times
14
This question already has answers here:
How do I prevent my imbecile son from being an heir? [duplicate] (2 answers)
Closed 5 years ago.

This is my firstborn son, Enrique. He's a total moron. Unfortunately, he's also my heir. (I have primogeniture succession and papal investiture.) 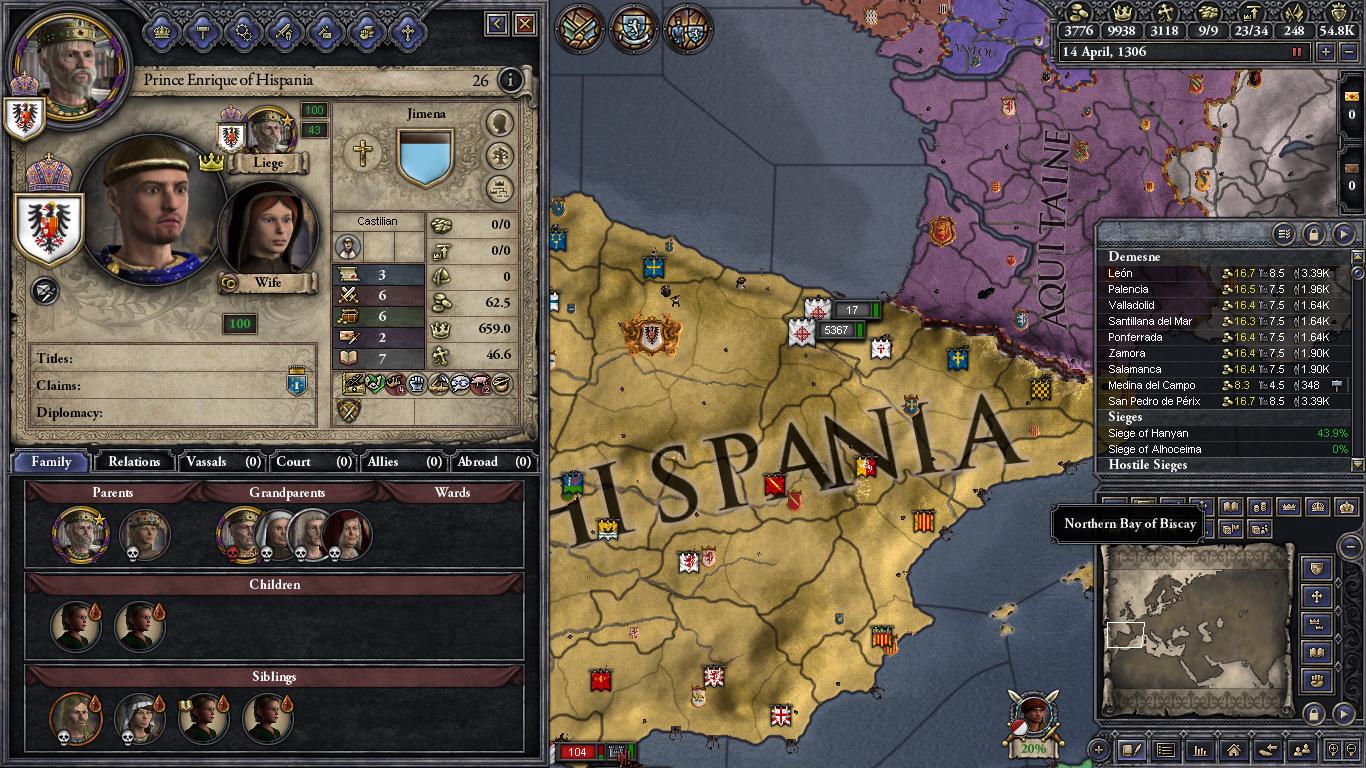 My usual plan would be to nominate him for a Bishopric via the Pope. The Pope adores me (92 opinion). Sadly, Enrique doesn't show up under the list of people I can nominate. He's definitely at my court, and he doesn't own any land. 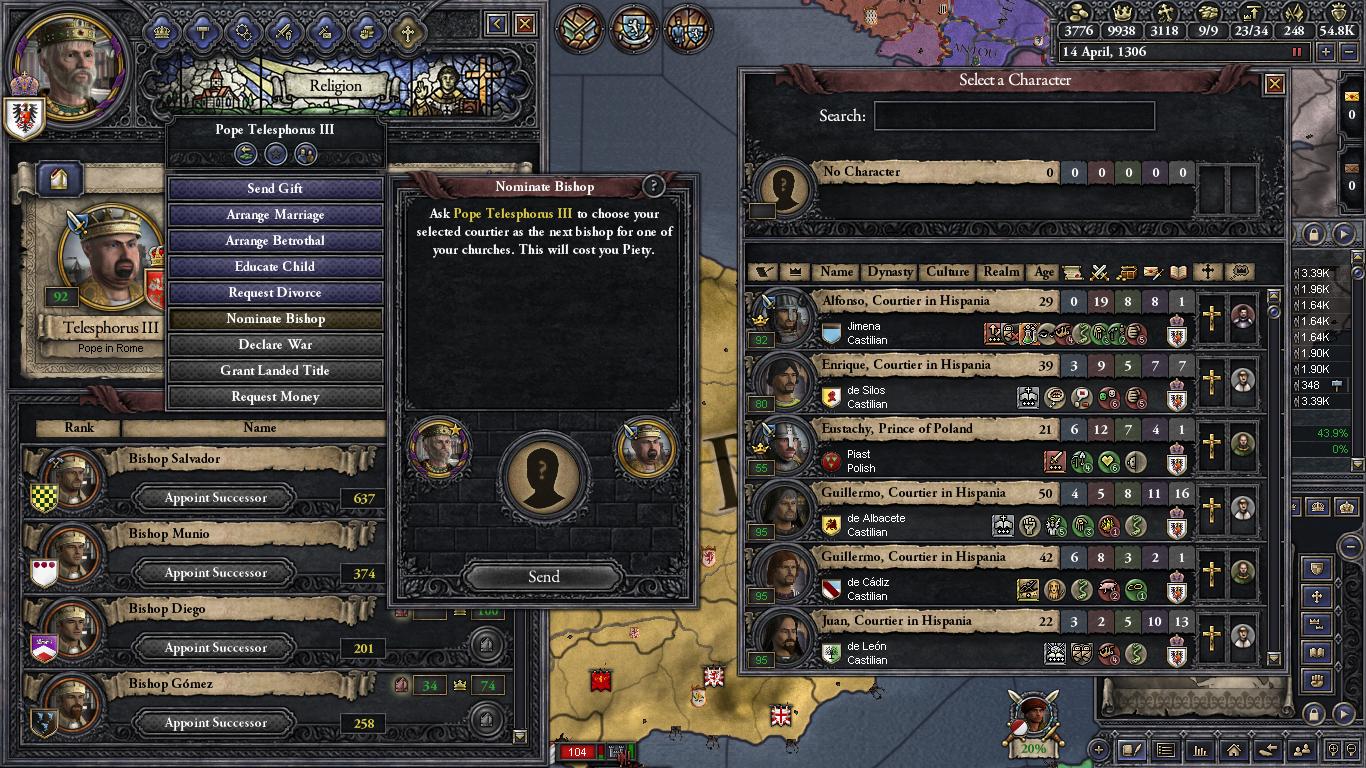 Why can't I nominate my son for a Bishopric?

Your heir cannot be intentionally removed from the line of succession by making him a bishop. As you have discovered you cannot plot against your offspring without Mods. Such mods DO exist though, so there's that.

Without Mods, there are a few dangerous councilor missions that could get him killed. I have often heard that using a Spymaster to steal technology from powerful rulers is principally a good way to get a dead Spymaster. Sending a Chaplain to convert Pagans will usually get them thrown in jail, which could easily lead to an early grave.

If you haven't changed your succession laws during the current Emperor's reign the guaranteed fix is to change the laws. From your screenshot, Ultimogeniture would give the kingdom to a younger brother who is yet a child, but a child ruler might still be better than Enrique the Idiot. Elective would give you the option to let you and your vassals choose your heir, surely somewhere in your family there is someone more fit to rule than Enrique the Idiot.

As a last gasp effort (due to the considerable costs) you can likely imprison and execute him, but that way lies some SEVERE penalties, a sizable amount of tyrrany penalty and Kinslayer Trait besides.

36
How do I prevent my imbecile son from being an heir?
14
How can I support the murder-plot of another character?

15
My son/heir wants to join the Varangian Guard, should I let him?
8
Why can't I join my son-in-law's war?
8
Vassal inheritance warning - Who must die?
8
Can I undo the creation of this merchant republic?
4
How would an empire be split into an empire, a kingdom and two duchies under Elective Gavelkind?
2
How can I easily consolidate dynasty holdings under one ruler?
6
Can inheritance pass on to mother's dynasty?
9
I'm female and about to lose my dynasty
0
Why my sister inherited the half of empire?