Which smithing route is the best to get all armor the fastest?

I recently had to restart my account on the Xbox 360. One way I went about getting my armor the last time was smithing. I needed daedric armor so I took the right route (Heavy Armor) when leveling up my smithing.

I got the Dragonborn DLC shortly after I received my daedric armor. I made the dragon bone armor when I got it. I have the DLC now from the beginning but I don't know what path to take when upgrading. I have unlocked both dwarven and elven smithing now but I know I will run out of the perks to increase soon.

My goal is to receive the dragon bone armor first and then unlock the rest that isn't unlocked. Which path do I take left or right?

You'd be best going left along the Light Armour tree, as shown here: 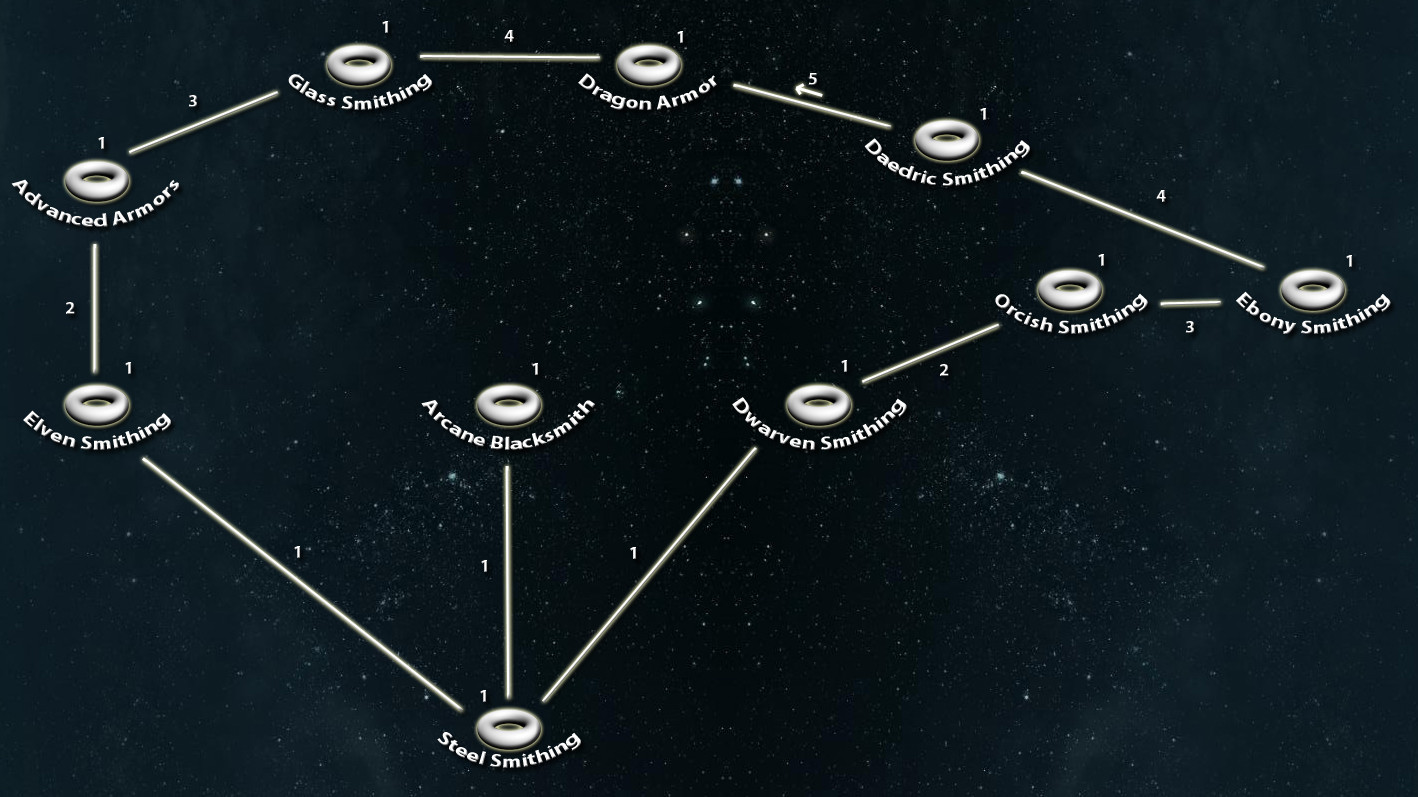 Heavy Armour will cost you 5 skill points to reach Dragonbone, whereas Light Armour will only cost you 4. However, both sides will still require a Smithing level of 100.

any path(light[left] or heavy[right]) will get to dragon armor eventually.

Not the answer you're looking for? Browse other questions tagged the-elder-scrolls-v-skyrim skyrim-dragonborn or ask your own question.

10
Do I need to ascend the perk trees in order?
5
Smithing - How do I improve an item?
6
What is the key to a good sneak attack build?
5
What apparel can I acquire to quickly close the alchemy/enchantment loop?
25
How to make Skyrim more challenging at higher character levels?
4
How to get back to werewolf in Ring Of Hircine quest-line?
1
Rumbling sound glitch in Skyrim from running away from Alduin?
7
Light armor for more independent adventuring?