What does "W+1" mean with respect to the Pyro?

What is it about? 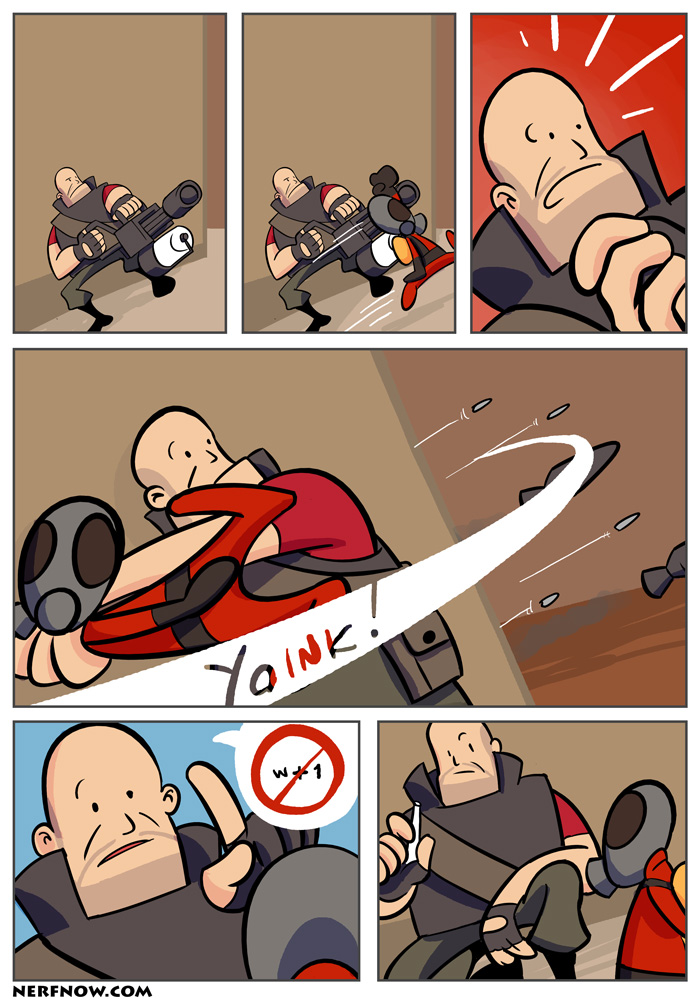 [...] There are moments w + 1 is very effective and I dare to say, fun. However, there is a time and a place for everything, and going head-first on half-enemy team isn't one of these times. [...]

I've not heard of W+1 specifically, but the more common W+M1 refers to holding W and the primary mouse button (typically with the primary weapon) to run forward spewing fire. They seem to mean the same thing according to the photo notes on #79 and #87, on the W+1 speech bubbles.

It's a common offensive strategy effective with ÜberCharges, but also one that's stereotypically associated with new/bad players (or players new to the Pyro).

You may hear W+M1 in other FPS games too.

It's a derogatory term used to insult Pyros by poking fun at the simple strategy of holding down forward (W), pressing fire (M1), and homing in on each target.

The problem with the term is that sometimes that's the best strategy in some situations. Though it never hurts to include some dodging and back-blasting to back it up.

The finesse often comes in setting up for the W+M1. Ambushes and back burner sneak attacks require great skill but they always end in W+M1.

Update: The major exception to the W+M1 tactic is the many weapon combos attacks that the pryo has at her disposal. Nonetheless, W+M1 will still give someone a decent shot at killing another player.

Not the answer you're looking for? Browse other questions tagged team-fortress-2 terminology tf2-pyro .

37
What's the secret to playing Pyro?

7
What does the server tag 'nodmgspread' mean in Team Fortress 2
29
What can the Pyro return to sender using the compression blast?
37
What's the secret to playing Pyro?
10
What does scrap banking mean?
4
How do I practice Pyro rocket reflect with non-standard rocket launchers?
4
What does 'kobe' mean?
1
What does 'buffer' mean?
5
What are some intimidation techniques for the Pyro?