What unlocks new training from the masters? 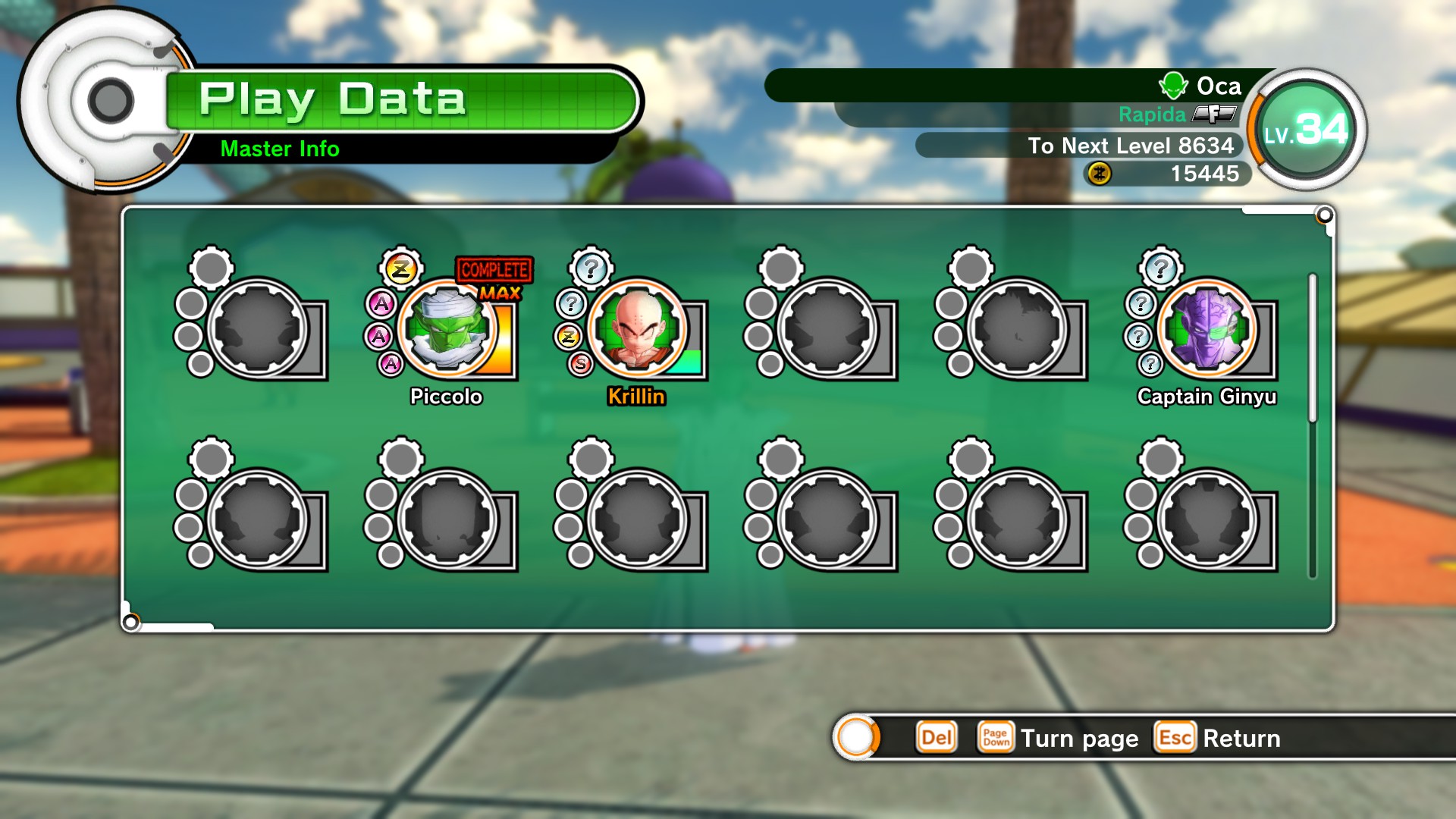 Above you can see I've completed training from Piccolo and done some training from Krillin, however I've not figured out what causes new training to unlock with each master. How do I unlock further training with Krillin?

The training bar (which you can see next to their face in the screenshot you posted) will fill slowly as you do missions with them and/or use their skills. A commonly cited technique I have seen is to pick a specific low level parallel quest or two and grind that with your master as an AI partner while spamming one of their skills. Depending on what type of build you are aiming for on that character, several low level missions have very helpful drops. I don't have access to a full list at the moment, but I'll try to edit this answer when I do.

For a basic attack fighter, you'll probably want Kaioken or Kaioken X3 (X20 is also usable but it provides no additional attack boost and drains stamina VERY fast, but you can dodge infinitely while using it). They both drop from No.06 Invade Earth. Recoome Kick is also help as it boosts attack power after hitting with it. It drops from No.11 Force Entrance Exam.

Ki supers have a decent number of options. Super Electric Strike is powerful and it drops from No.25 17 and 18 of the Official History. Deathball is another good choice and it drops from No.22 Earth in Danger! The best ki super is usually said to be Perfect Kamehameha, but that is from Cell's mentorship.

Those are the two most popular build styles, as far as I'm aware.