Who are the recruitable Companion NPC's, and where can I find all of them?

In addition to recruiting custom adventurers at the Inn (who are bland, boring, and lifeless stick figures with no dialog!), I know that Pillars of Eternity has a bunch of Companions I can recruit who each have their own quests, as well as unique dialog and stories. Who are they, and where can I find them?

You can recruit the first four companions (Aloth, Edér, Durance and Kana) basically immediately after completing the tutorial; You can rush to grab the four of them at level two without affecting anything, and with no combat if you're careful, which can be a big help before you explore your way into some of the nastier fights in chapter one.

Aloth is an Elven Wizard with a tendency to run his mouth off at inopportune moments. You can find him in Gilded Vale, standing in front of the Black Hound Inn, getting into a fight with some of the locals. Help him out, and he'll sign on to your merry band. 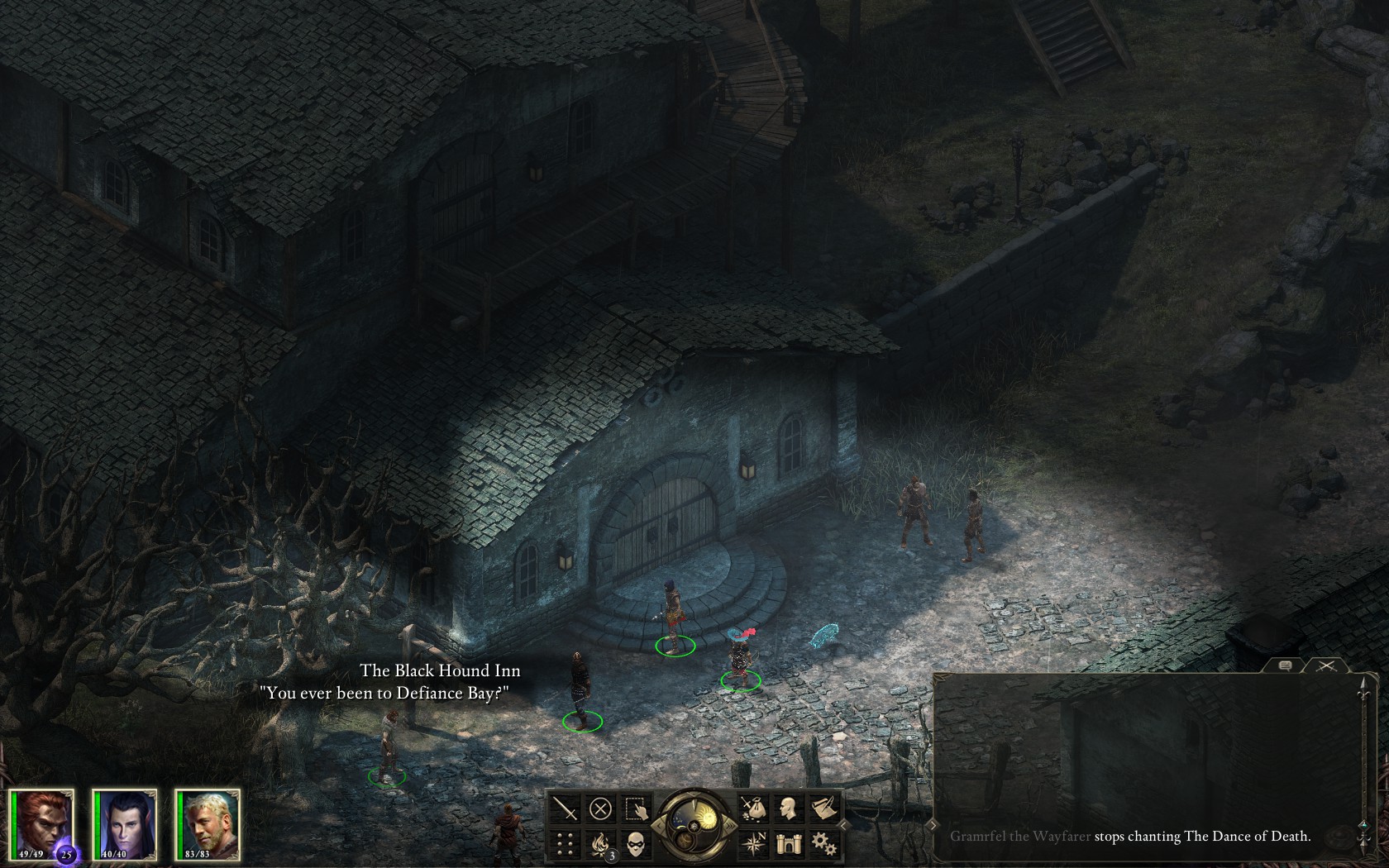 Edér is a Human Fighter, also in Gilded Vale. While you'll see him hanging out under the tree in the center of town when you first arrive, he won't be particularly talkative until you've spent the night at the local Inn for the first time, and then followed that up with a conversation with a Dwarven Animancer that can be found hanging out, under the same tree. After that, chat with Edér for a few minutes about the state of affairs in Gilded Vale, and he'll realize pretty quickly that you're his best chance to get out of dodge - something he really ought to have done a long time ago. 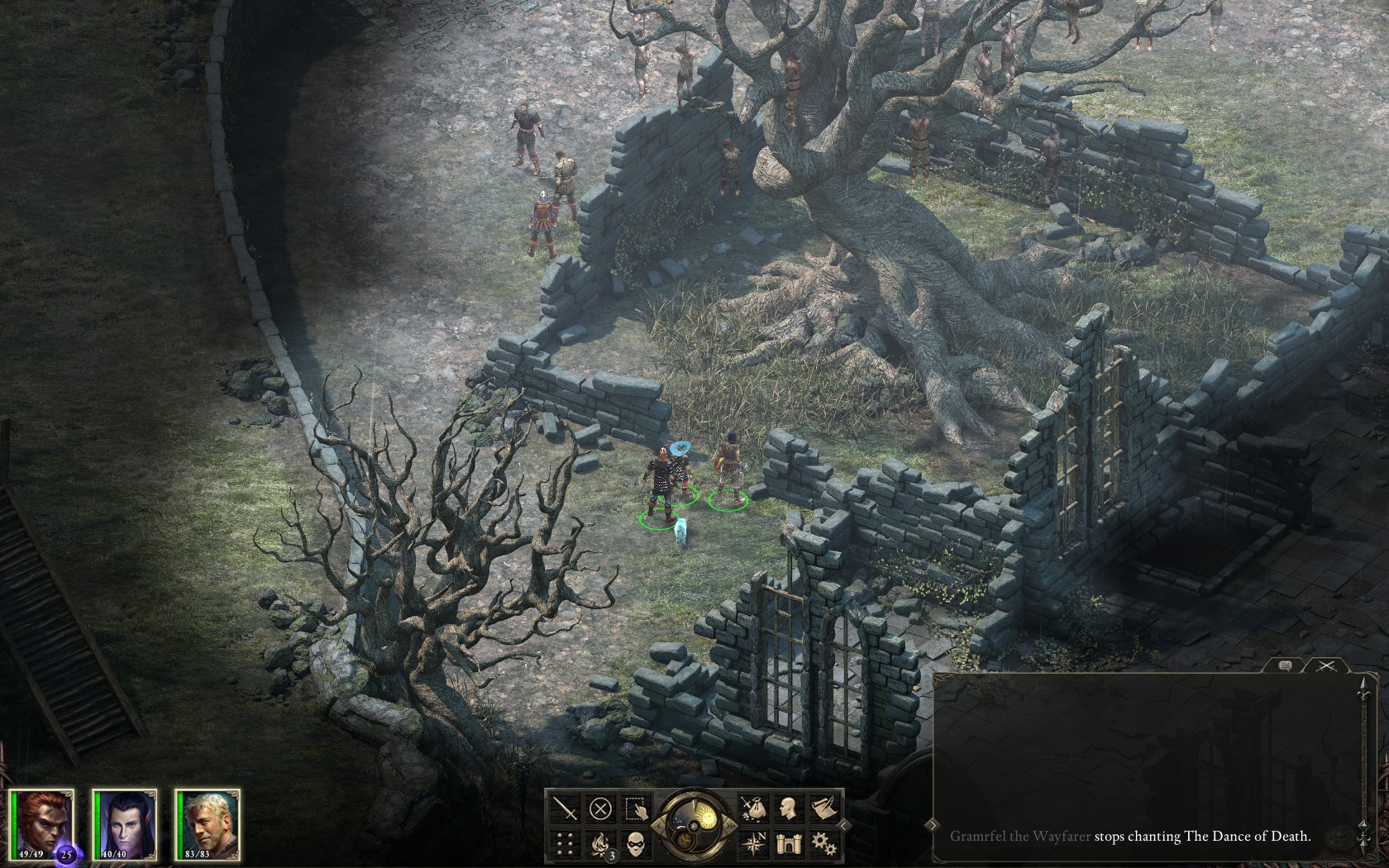 Durance is a Human Priest of Magran, the Godess of War, Fire, and Explosives, and he's waiting for you at Magran's Fork, directly to the South of Gilded Vale. Leave Gilded Vale, and simply follow the road in Magran's Fork, and you'll come across him waiting by a statue of his Goddess. Have a chat with him, and he'll explain that he's been waiting for you because he's intent on testing you, and otherwise spouting on about all manner of cryptic BS. If you're willing to let him rant and rave at you, he's happy to follow you to do so. 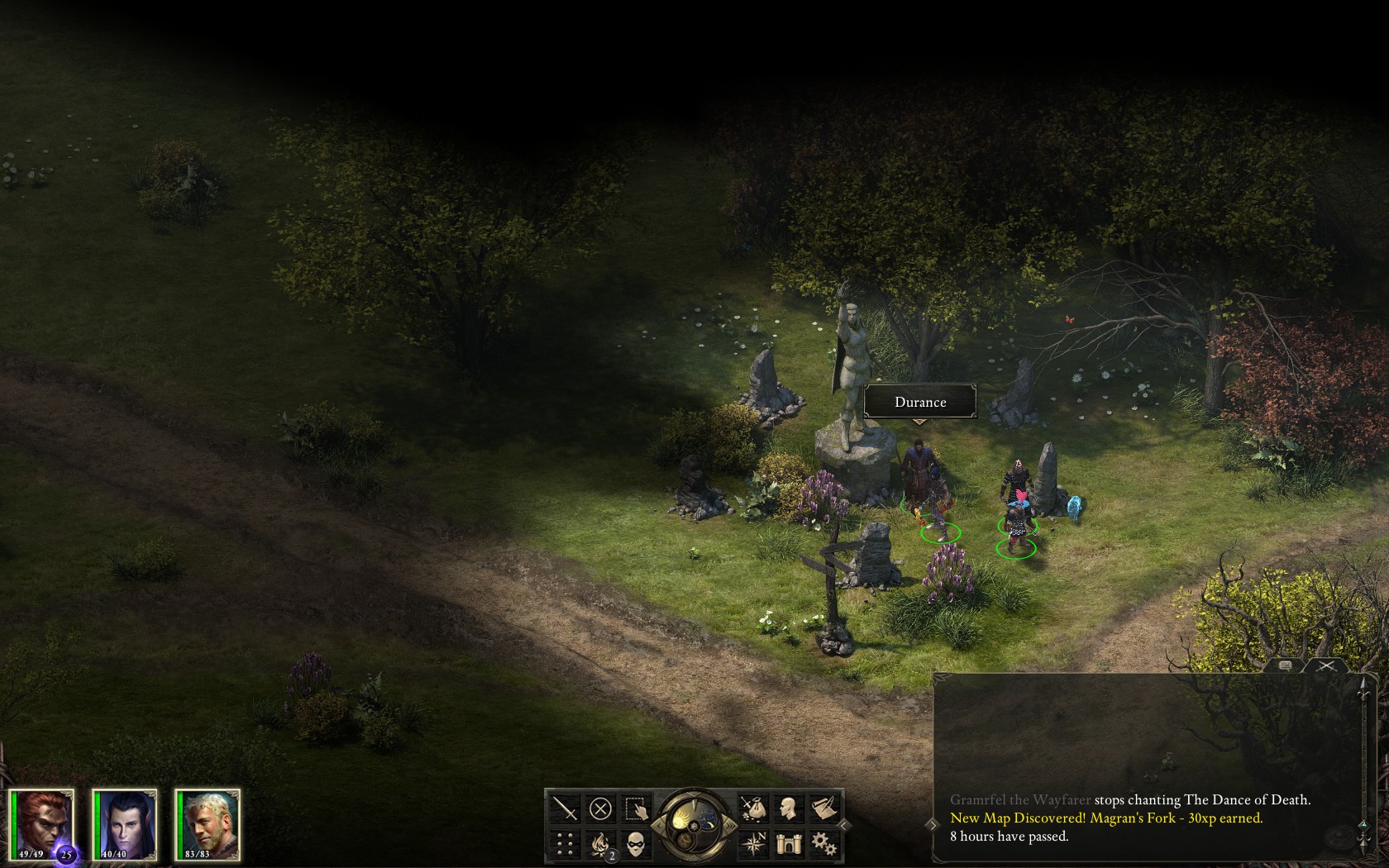 Kana Rua is an Amanua Chanter, looking for an ancient text of some significance to his people. You'll find him at the gates of Caed Nua, chasing after the Watcher Maerwald, whom he believes can shed some light on things. Seeing as that's where you're headed as well, he offers to join you. 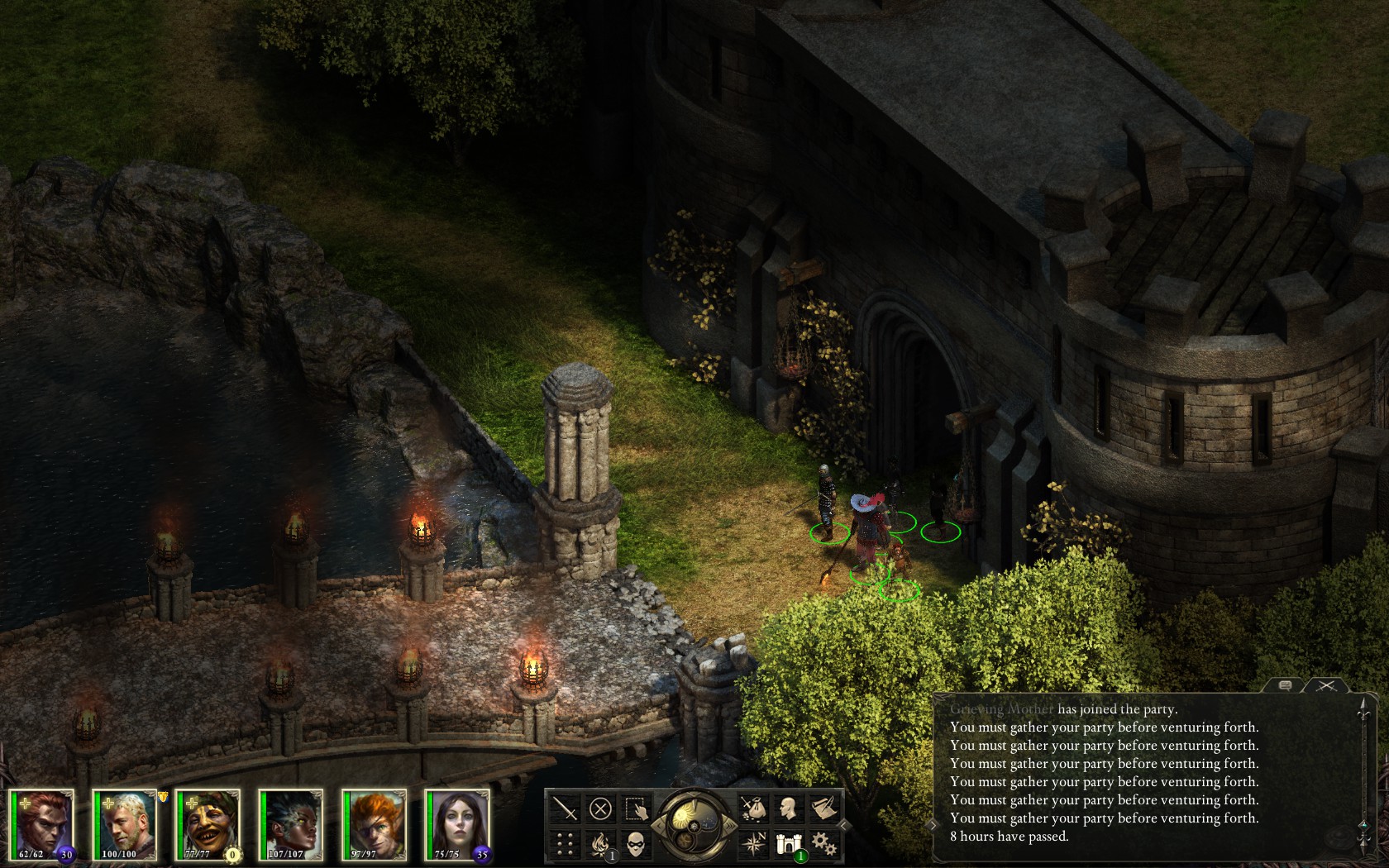 The remaining companions cannot be recruited until after you've entered Caed Nua and met Maerwald. After you gain control of the Stronghold and repair the Eastern Barbican, the path opens up to another portion of the world, and you can recruit the remaining 4 NPC Companions. Again, you can rush to grab all four with no ill effects if you'd like to gain them at minimum level, which in their case, is level four. You can recruit these next four in any order you like. You'll likely find Sagani first.

Sagani is a Dwarven Ranger, searching for the reincarnation containing the soul of an elder of her tribe. You'll find her at the center of the Woodend Plains, directly South of Caed Nua. Just follow the road, and you'll find her standing under a sign post. Convince her that you're a Watcher and might know something about where she needs to go, and she'll follow you, so long as you promise to take her there. 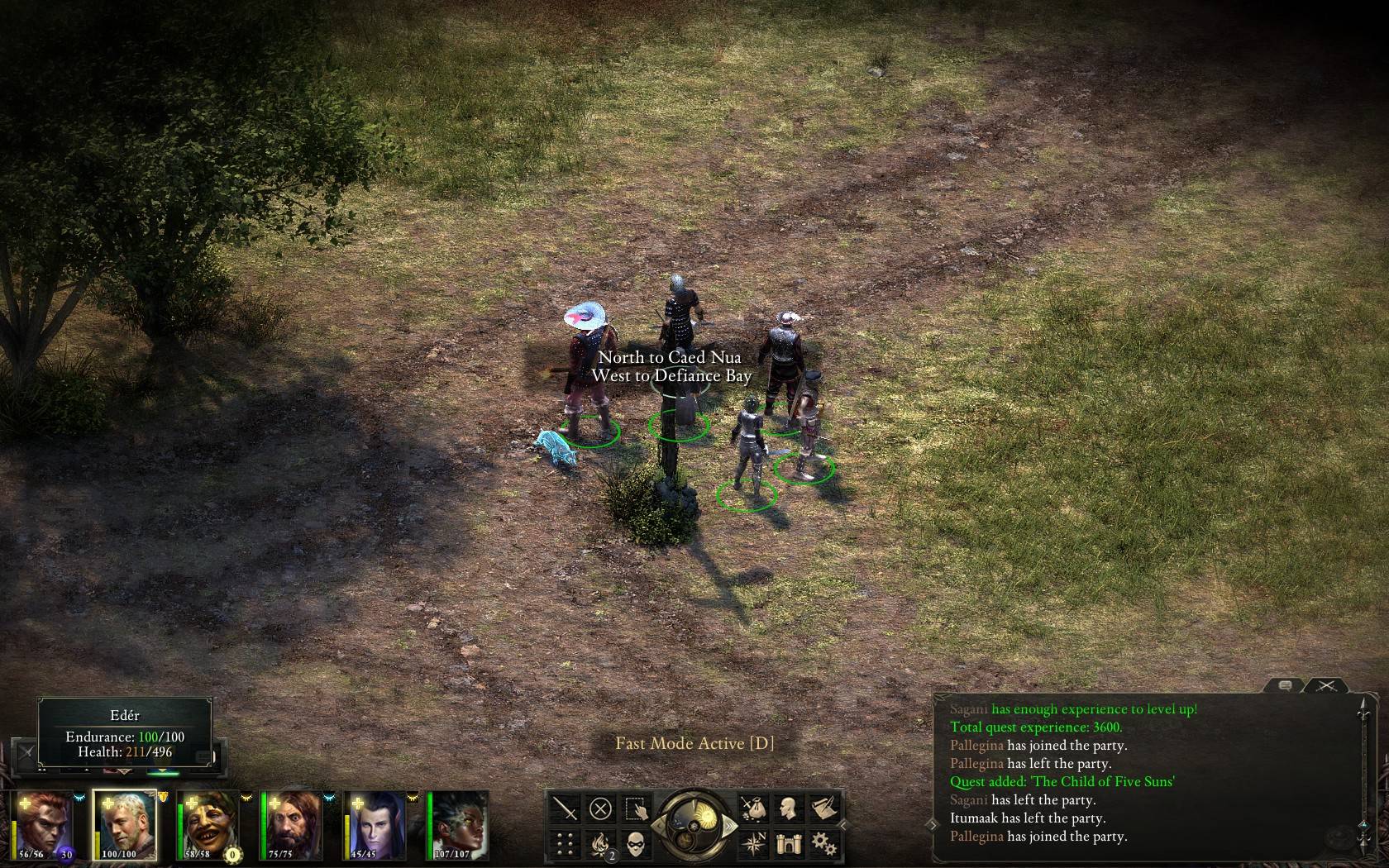 Hiravias is a foul mouthed, depraved, morally suspect Orlan Druid. You'll find him standing over a slaughtered deer carcass in Stormwall Gorge, the map directly East from Woodend Plains. Just follow the road to the east, and when it forks, take the turn to the south. He'll offer to share his meal, and, regardless of whether you accept, offer to hitchhike with your group as well. 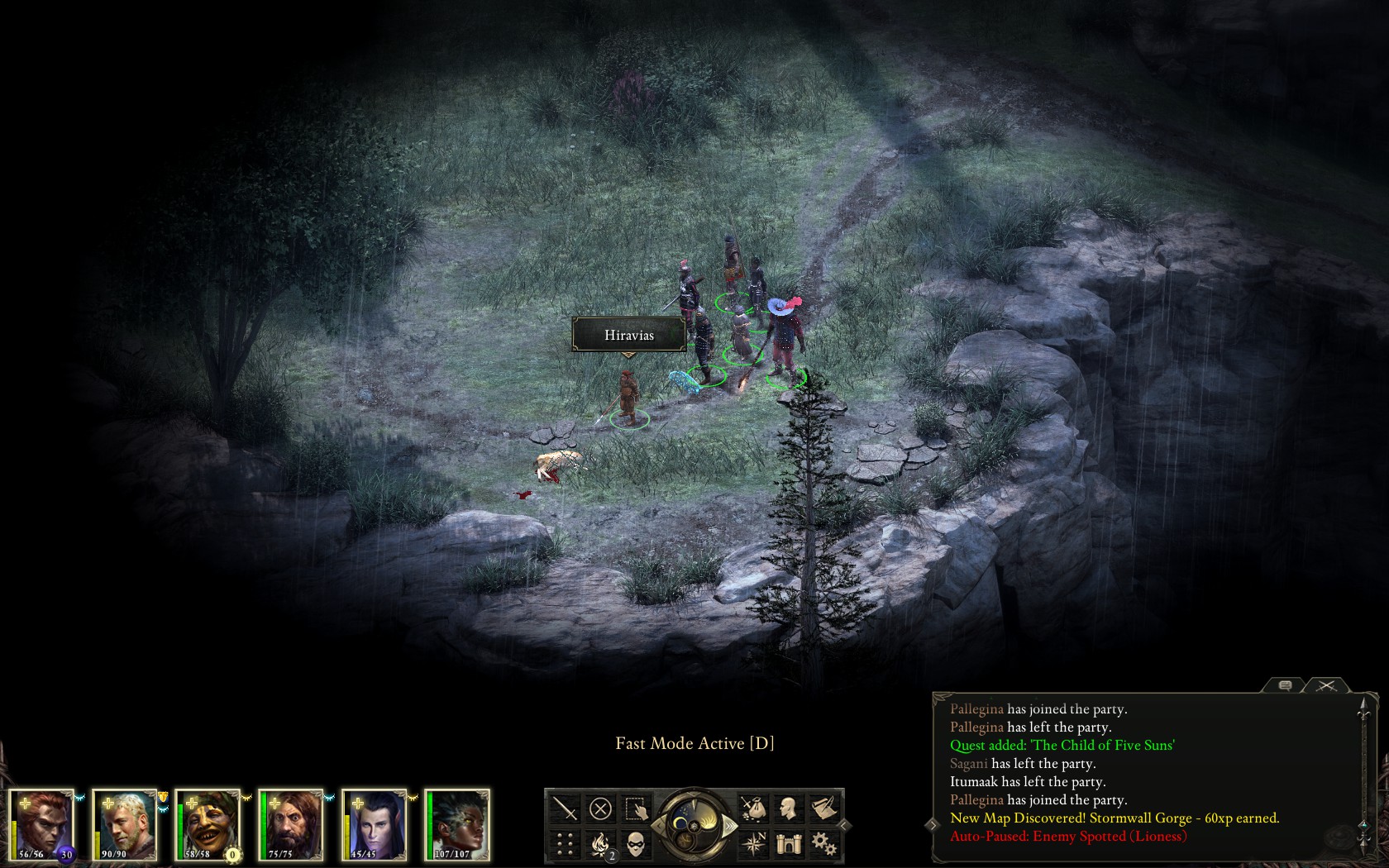 Grieving Mother is a Human Cipher who primarily communicates telepathically, and hides her true self under layers of illusion. You'll find her on the eastern end of Dyrford Village, directly East from Stormwall Gorge where she's marked on the map as soon as you enter town. Try to talk to her, and she'll immediately assault your senses with a barrage of visions. At the end of which, shocked that your PC, as a Watcher, can see her true soul, she'll offer to accompany you. 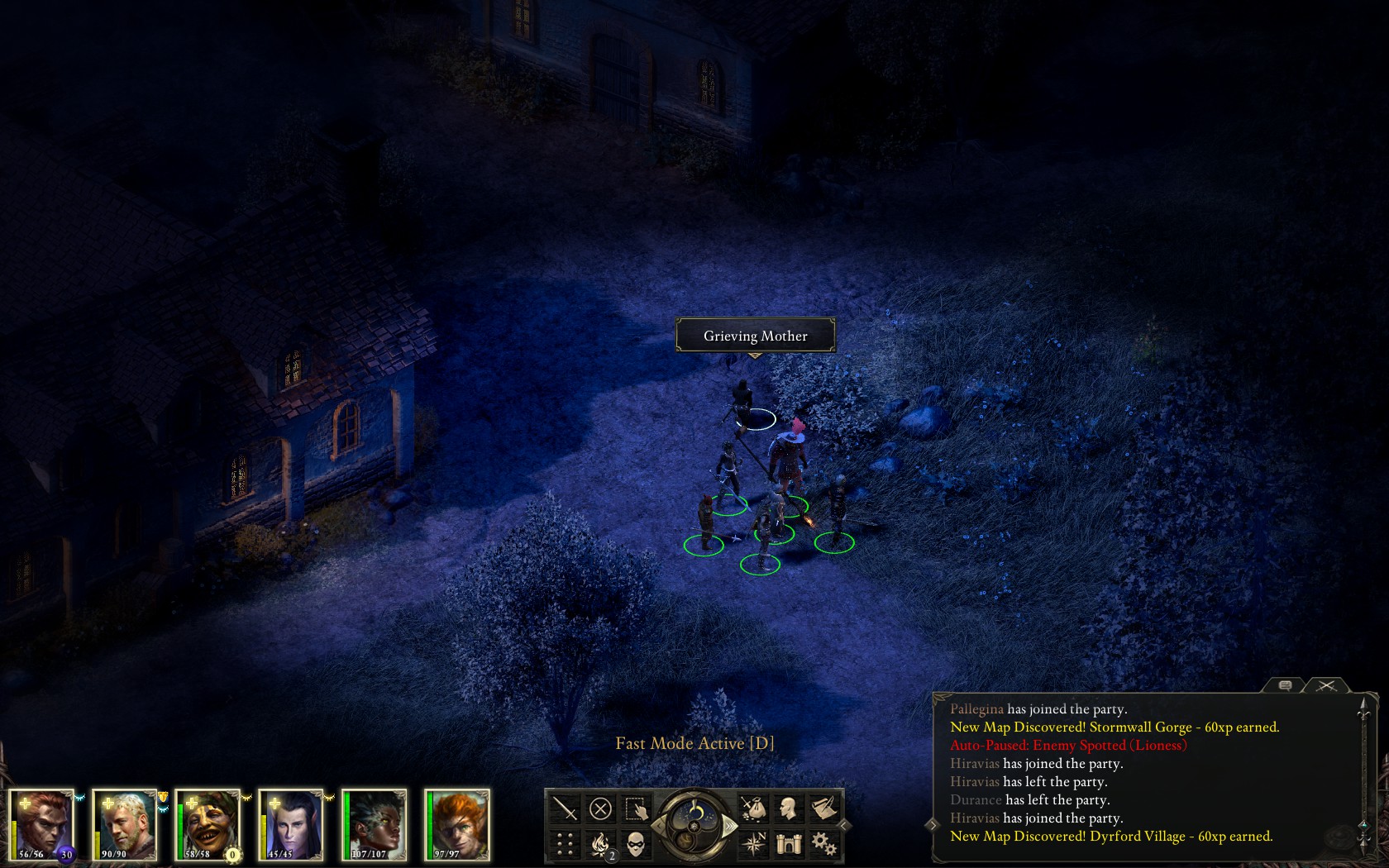 Pallegina is an Avian Godlike Paladin of the Frermàs mes Canc Suolias, a Paladin Order from the Vailian Republics. She's bit more complicated to recruit than the other NPC's. You'll find her in Defiance Bay, specifically in the Ondra's Gift District. You can get there by heading west from the Woodend Plains, across the bridge, and working through the districts. You'll first meet her standing outside of the Vailian Trading Company Warehouse, where she'll have some choice words about the inhabitants: 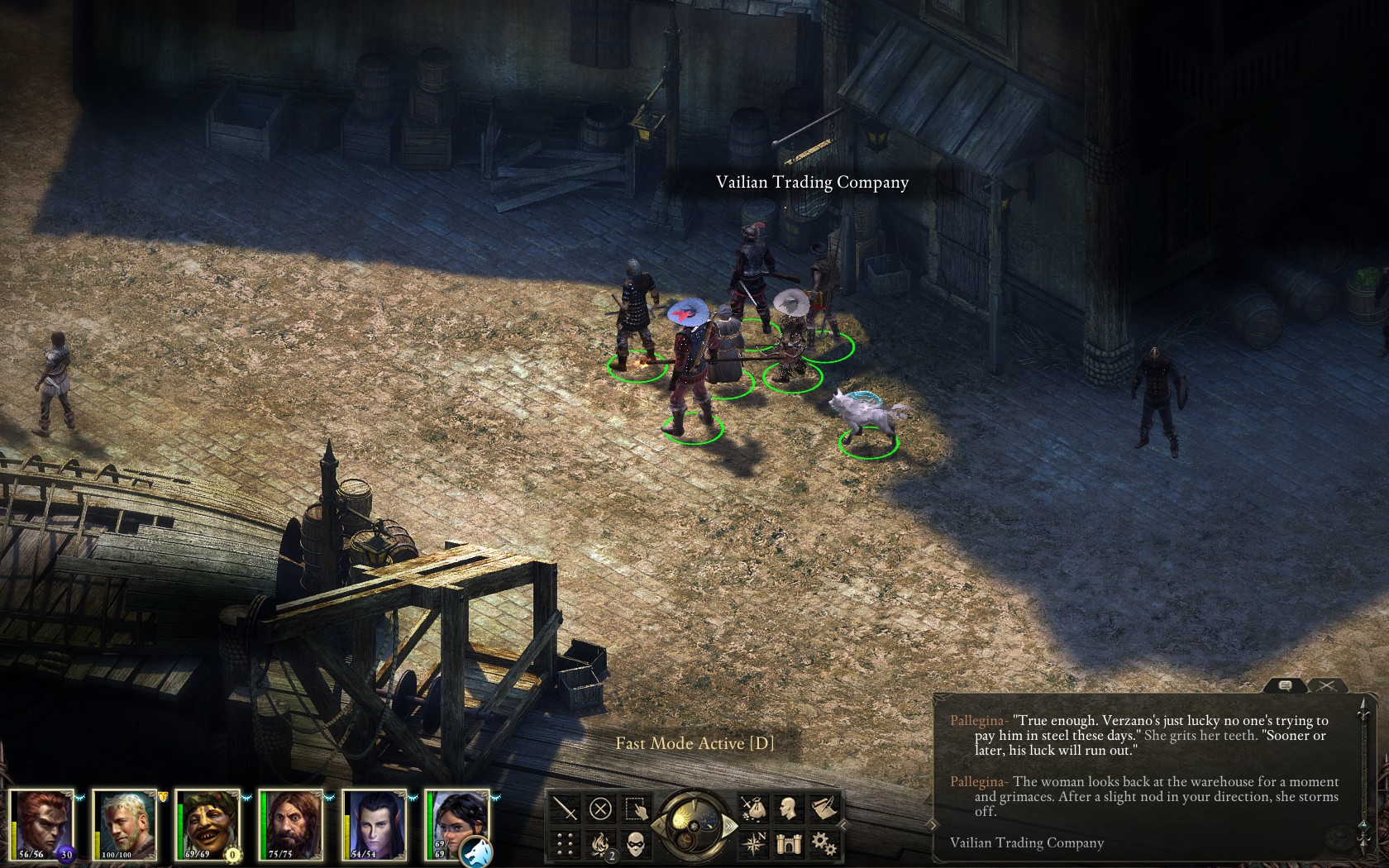 After that, if you head inside, you'll want to speak to this guy, Mestre Verzano inside the building. He'll give you a quest to deliver some seeds to the Goose And Fox Tavern, which is in the Copperlane District, which you should've passed through on the way to Ondra's Gift. Inside, you'll find Gareth at the bar. Deliver the seeds, engage in or avoid an altercation at the tavern, return to the warehouse, and Pallegina will offer to work with your party.

Not the answer you're looking for? Browse other questions tagged pillars-of-eternity or ask your own question.