How to lightning-proof a structure?

What's the best way to lightning proof a structure? I've seen some people attempt to place a 'ceiling' of glass at the top-most level of the map, but I don't know if this works or not (and it's a tad unattractive)... I'm a bit worried for my tree-house: 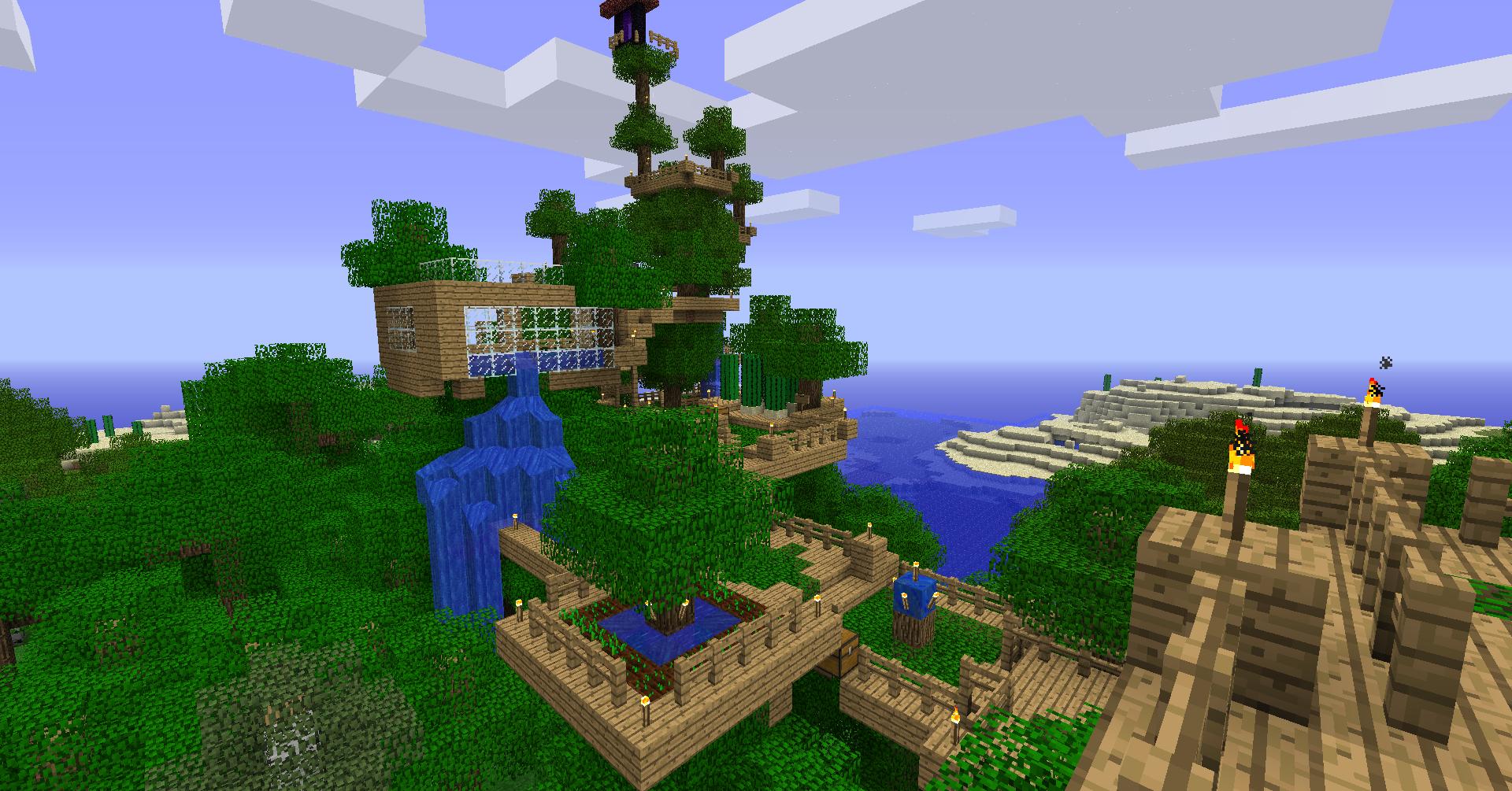 EDIT: As of Minecraft 1.6, fire is severely nerfed and will not burn through your buildings like before. Consequently, lightning is also nerfed, and may not be worth worrying about, unless you structure is made of difficult to replace flammable materials, such as certain colours of cloth and leaves.

EDIT 2: Leaves are now replaceable due to the ability to cut them with shears in Minecraft 1.7. As a result, even treehouses no longer need to fear lightening.

Just sleep through the thunderstorm. Use a bed when one appears.

The latest Bukkit Recommended Build (#733) has rain putting out fires like it should. And since lightning only occurs during rain, you shouldn't have any issues.

If you are on an SMP server, suggest they update to the latest Bukkit as soon as possible if they have not already.

I'm still confused on if the Vanilla (Default Mojang) Minecraft server has this issue or not.

I know it isn't such a problem anymore, but if you want to get rid of visible weather effects, there are two solutions that involve commands.

The only question is, are you in Multiplayer? No cheats? If so, this is out of my league.

Do /gamerule dofirespread false
This stops blocks from burning

I found a different solution to this pretty old question that some people might be interested in: Create a sprinkler system.

The idea is as follows: Put a source block of water at various places inside the walls/ceilings, locked up by blocks that can burn. When the wall or ceiling burns down, the blocks holding your water in place will be removed by the fire and the water will escape, dowsing the fire and preventing it from spreading any further. Side effect is that this also removes certain items such as torches, but those can easily be replaced.

It's pretty effective at saving most of your building from fire if something happens, be it lightning at the very end of a thunderstorm, lightning during snow or just a user error such as a fireplace being too close. It is not fast enough to prevent the spread of fire towards the ceiling though. Put your sprinklers high up to dowse it quickly there.

I haven't gone any further, but in theory you could also unleash the water using redstone when certain blocks disappear. This way you could make the system more sensitive and dowse the fire earlier. In practice this is a bit infeasible to implement because it needs a lot more space and planning.

62
Does lightning strike on an angle?
9
Automated tree-farm in Minecraft?
62
All the contents of my shelter exploded, killing me and leaving my shelter virtually unscathed. How could this happen?
2
Is there a way to make a piston push any block in front of it, when that block is placed?
0
Minecraft /xp wont let me target @p or @a
4
Bending a conditional chain
1
Testfor command procuding error in 1.11 snapshots?
3
Ghast farm geometry
2
How can I make a fast RAM output bus with no moving parts?
0
How do I correctly rewire this 2x3 flush piston door in 1.12.2 Minecraft Java Edition?