How can i get this working properly?

I have classes set up to give the player 1 point to Deaths so no player with a class may enter the Class Selection room until the reset the class which i have commands set up for that as well. 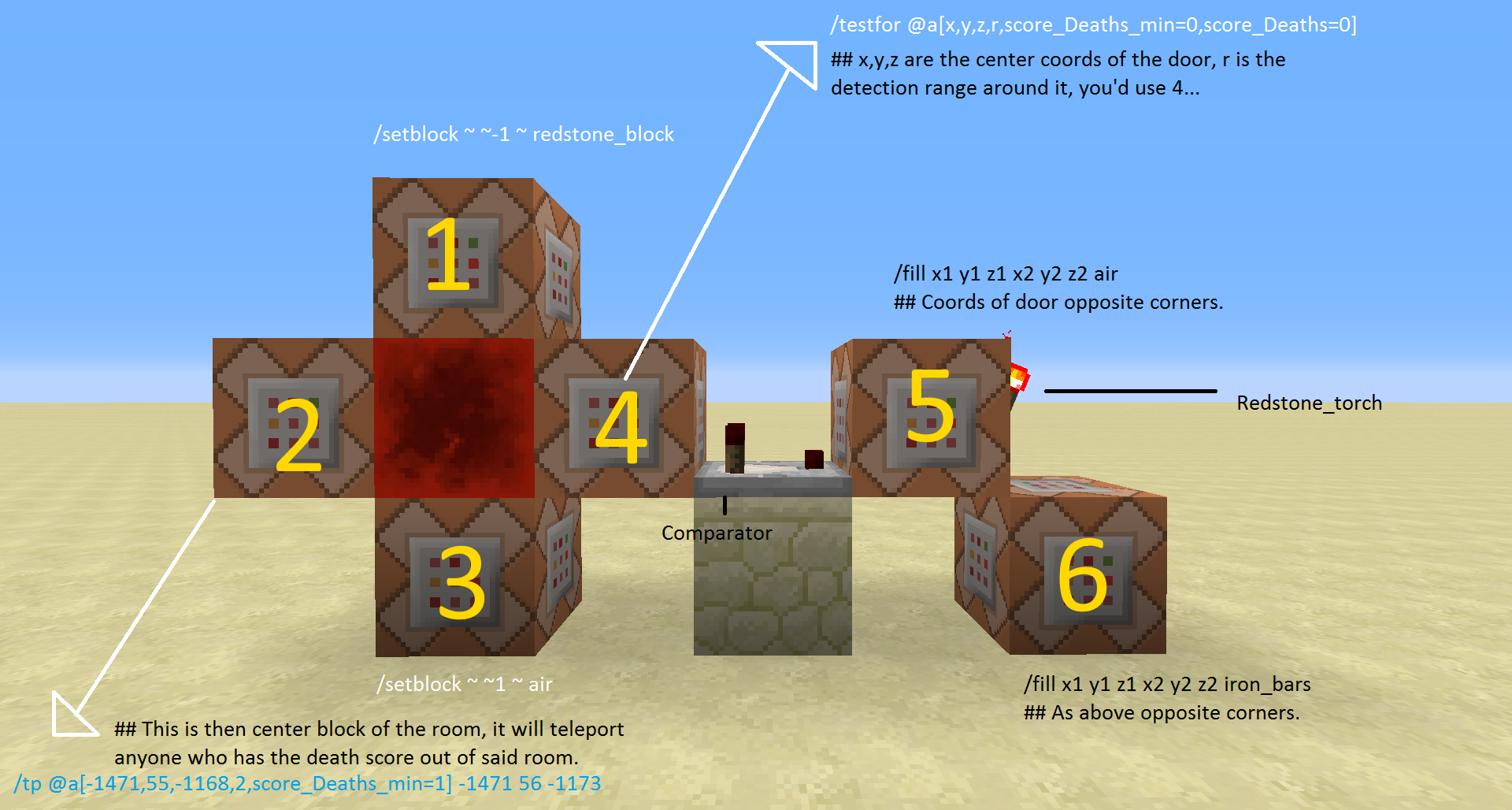 CB 4 detects anyone in a 4 block radius of the door (/testfor all players at coords x y z within radius r with a score minimum and maximum of 0). This means that only people with a death score of 0 will trigger it.

When CB 4 is triggered, it turns the comparator on. This powers CB 5, which removes the door for the player to walk though (fill from coords x y z to other coords x y z with air). When the player is out of range, the comparator turns off, and the redstone torch on, powering CB 6 (Same idea as CB 5), closing the door.

when you put the command in for the selector have it say @a[score_Deaths=0] this tells the game that if you have a score higher than zero, this doesn't apply to you

2
Decrease lives when a player dies
6
My friendly mobs are disappearing, what can cause this?
3
Removal of items based on custom RPG classes
2
Give player item(s) when player hits X amount of deaths
0
Targetting players with a specific score doesn't seem to work
4
How can I join two lines of conditional chain command blocks without resorting to redstone?
0
How to set a dummy scoreboard objective to another dummy
2
How can I make only certain blocks of the same type breakable?