Every so often after playing a game, the post-game screen suggests I just reached Player Level 2, receiving the corresponding 1000 gold reward. However, I am actually level 25. A similar thing is going on for my hero: I get level 2 rewards even though my Diablo is level 4. Is this a bug? Or am I missing some kind of feature?

Here's a screenshot of such a post-game situation: 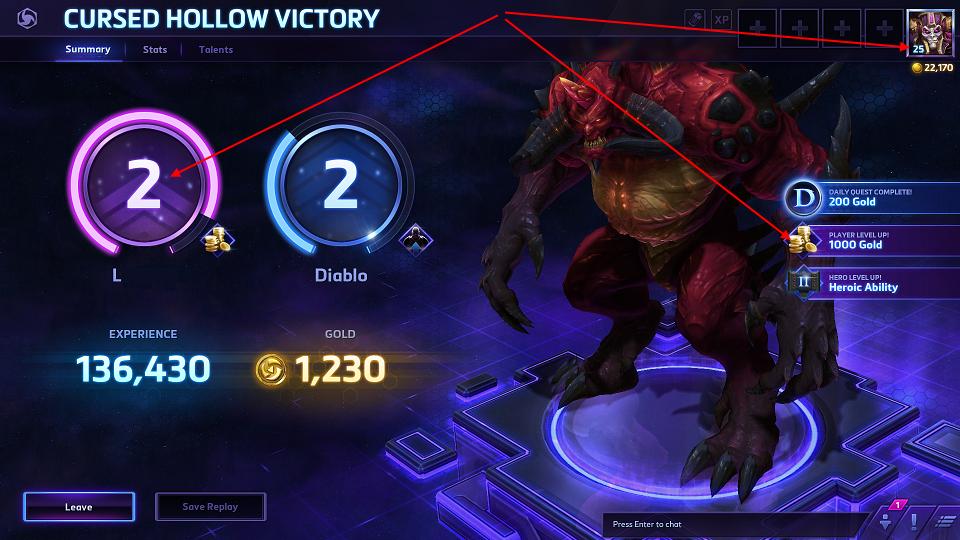 And here's a screenshot of my Player Progression right after that: 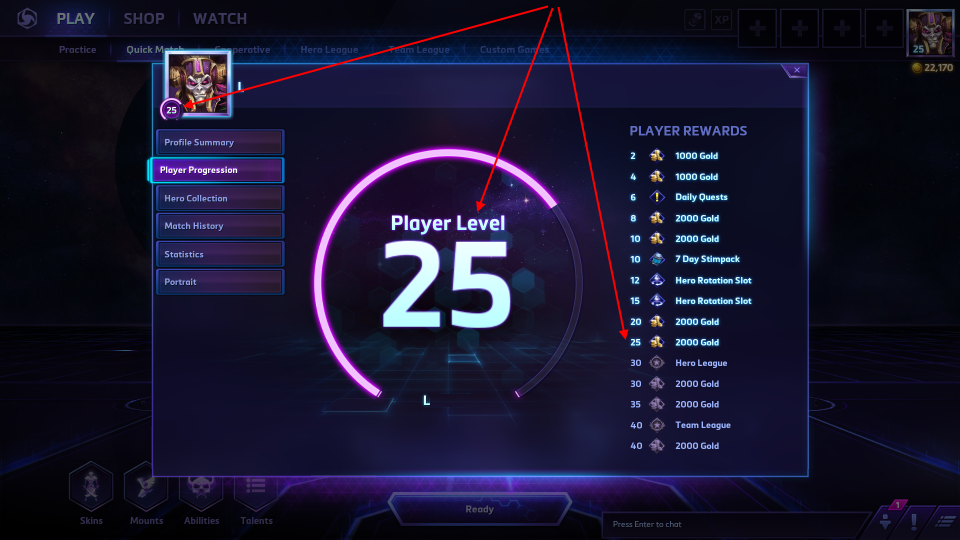 As you can see, I am still level 25, have not just levelled nor am I about to (or would I get any reward if I would). Strange thing is (and I'm not complaining): it seems I get to keep the gold.

And like I mentioned, same thing happens for my hero. That is, post-game tells me I reached level 2, but right afterward I can see on my profile that he's in fact level 4: 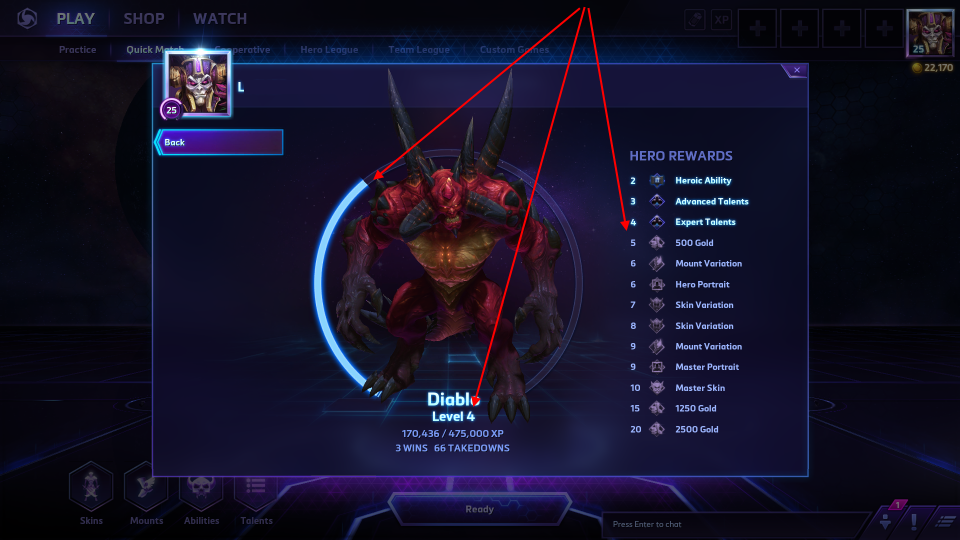 This happened to me on more than one occasion (about three or four times now, I think).

Is this a bug? Or am I missing something?

There is no documented change about this and since it makes no sense, yes, it is a bug.

Given the numerous posts in /r/heroesofthestorm complaining about how gold gaining was so slow during the alpha, I wouldn't be surprised if players keep their voices down about this bug to get back at Blizzard:)

6
XP per hero level at Heroes of the Storm