What are the consequences of not caring about traffic jams?

I have some main roads in my city which appear glowing red in the traffic view. When zooming into them I also see large numbers of cars and trucks lining up. However, so far I did not notice any direct consequences of this. The citizens in the traffic jams are happy and the buildings they come from or go to appear to work perfectly.

Should I not remedy the bad traffic situation, what problems will I encounter?

As Dennis noted, service is a huge part of this - all the services in the game only work if transportation is available (of course, power uses power lines, water uses water pipes, so they aren't affected by road traffic).

This gets worse as the city grows bigger - it's very easy to have all your service trucks stuck in one traffic jam. Note that the service buildings don't have a finite range, the way it's indicated in the UI - that's just the range where they're effective. They will happily travel through the whole city, through three different traffic jams to get to a point where they are needed, and then back again. There is a limit to how long they can spend on a trip, but it's pretty long. Something that looks like a fun traffic jam in a 20k city will completely paralyze a 60k city. Seriously, I've had a city drop from 80k to 50k over a few weeks, just because of traffic jams!

Industry can only work if it has the resources. If you're seeing many abandoned buildings, this is one likely cause. This is much more important when you have e.g. wood industry without a forest - all the wood has to be imported. Industry creates huge traffic in the mid-late game.

And I've observed increased taxes after fixing traffic issues. I'm not sure about the cause, it might be that commercial zones produce more money when they get people-traffic. Or it might be the better service access, who knows.

And of course, traffic jams add a lot to noise. This can be countered (trees), but it's a factor.

There could be issues such as garbage trucks not being very efficient. Likewise any service that uses the roads will have difficulties. Fire trucks, police cars etc.

With that information in mind I am sure you can make the decision whether it is worth it to you, to remedy the situation or not.

Edit: Additionally it creates some noise pollution, which will reduce nearby land values and the happiness of people.

Traffic jams are important to take care of for several reasons.

All in all, neglecting it is a bad move, and is a big part of what Cities: Skylines is about. If you don't like it, you can use mods to remove the requirement :)

In addition to the other answers, I have experienced death as a consequence of this. Massive, city-wide, death. Since the trucks from the crematoriums and cemeteries couldn't get to the houses, especially when they became high density, more and more people died and more and more buildings were abandoned because of decreased land value.

The same can occur with other elements of your city, such as fire, police, etc. Neglecting this is truly a bad move.

You'll get a sea of warning indicators saying:

If you don't resolve the problem, the indicators will go from green to red to "Abandoned" (gray box). 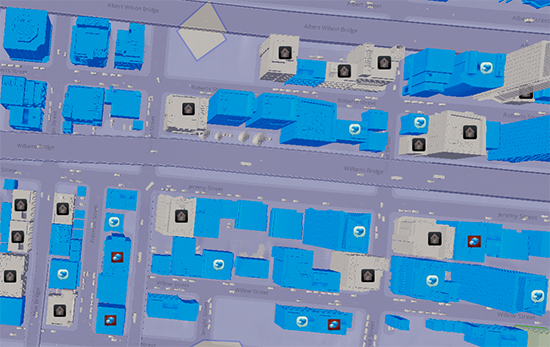 this is a mild case. To make it clearer, I picked electricity Info View. White buildings are either upgrading, or abandoned.

Most will fix themselves after 4 in-game weeks. But in residential, you better demolish them by hand, or you'll get Detroit, and a sea of warnings like this:

So the whole city's "house of cards" can collapse.

Inside the game, imports, exports and deliveries are not abstracted. Right-click on any truck and you'll see it's a specific load, from a specific industry to a specific retailer, with a route (down to the lane) chosen at departure time.

You'd think when a building calls a garbage truck, hearse, police, fire etc. it would always come from the nearest unit. But actually there's some randomness to it*. So when it randomly picks a provider that requires a freeway drive to get to it, one of its vehicles is now stuck in traffic, and the building is not getting served and the truck is tied up. Soon, the provider has more and more vehicles stuck in the traffic jam.

This reduces the number of overall service vehicles available, sometimes dramatically. I've seen backups that (from the info views) are just stuffed with garbage trucks, fire trucks, ambulances, hearses, or whichever vehicle people are complaining about.

"So that's where they all went!"

Can you beat traffic jams by "island-ing"?

Yeah, kinda. You can create communities as "islands" and then connect them only by passenger public transit (and if they have any commercial or industry, freight rail/boat/air). Services will "stay on the island" obviously, and there won't be traffic jams on the island if roads are decent at all.

It will also strongly bias the island residents toward taking public transit on the mainland if it exists. But if not, they will take transit to the mainland, walk out of the depot, and summon their "pocket car" and drive off, adding to the mainland's traffic woes.

However, "islanding" can also expose certain really weird bugs in the game, as it hasn't been extensively play-tested for this type of play. Top of that list is service buildings no longer sending out vehicles, flipping between 0 and 1 patrol vehicles. This is caused a building somewhere asking for a service, yet no provider can path to it.

Also, freight boats and trains have finite capacity, and businesses on an island can overwhelm them - especially if they are regularly arriving with only 1-3 containers. (the limiting factor being docking time per vessel).

* My best guess is the randomness is to help the game handle islands. Consider an island connected only by ferry, freight harbor and subway. There is a cemetery on the other end of the island, but two on the mainland are closer. If it always picked the closest, it would never get service; so it picks one, fails to path, picks again, fails to path, repeat, repeat, repeat until it picks the cemetery on the island.

6
What are the benefits of having a cargo freight station?

9
What are the requirements to upgrade office zones to the max level?
29
How to fix the "Not enough goods to sell" problem
10
My highway is backing up. What can I do?
4
How do I make the buildings not have a medieval look?
2
What are the differences between the standard game and Deluxe?
2
What does "Not Enough Raw Materials" mean, and how do I fix it?
6
What are the benefits of having a cargo freight station?