I was nuked for the first time in multiplayer (ladder) earlier today and, if it weren't for the fact that my opponent forgot to cloak (I'm in Bronze league), I wouldn't have known which mineral-line to evacuate (my army was out of position).

My question: what is made visible to the (soon-to-be) victim of a nuclear launch on (i) the minimap and (ii) the main screen? And what are tips for quickly pinpointing the location of a nuke?

There is an audio warning when a nuke is placed. 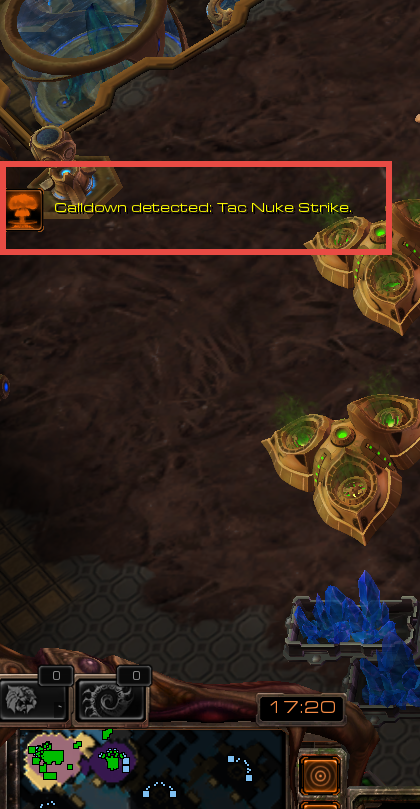 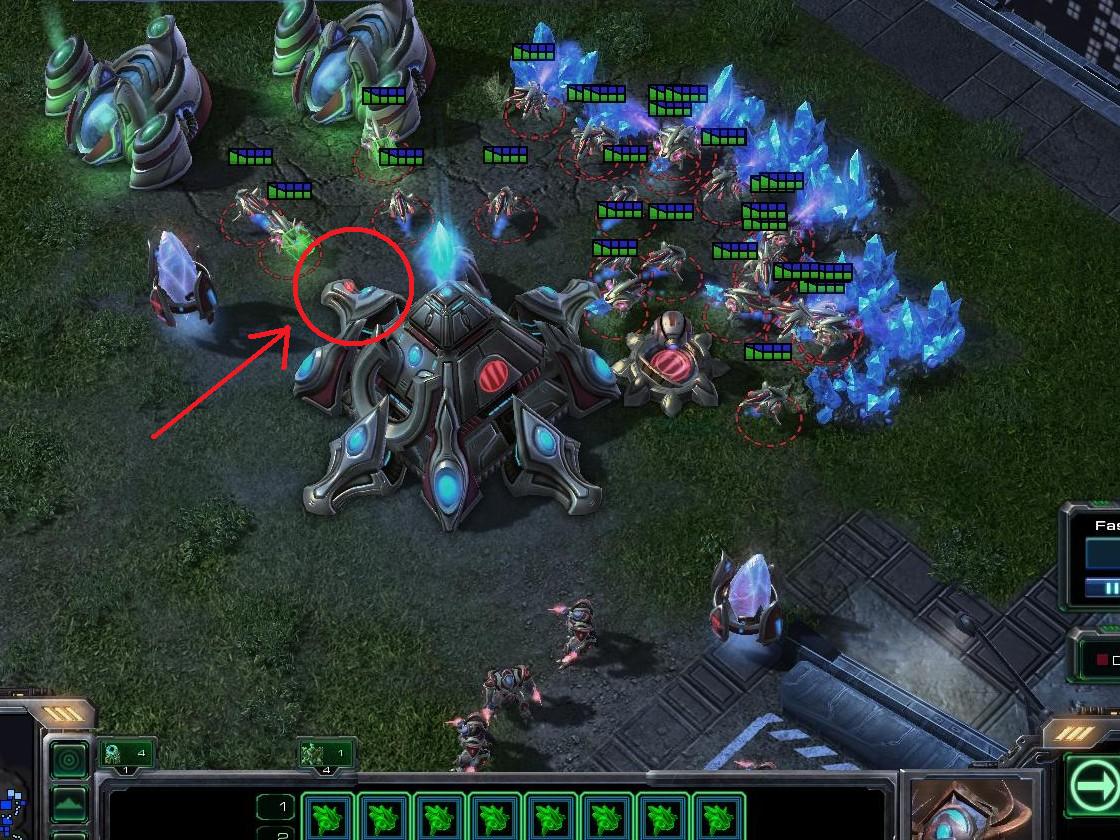 The audio warning should be enough to prompt you to look for the red dot.

The dot that pinpoints the exact location can be hard to see and you don't have much time, think about the most likely targets: your army and your workers.

You can easily move your army somewhere else just to be sure and then check on your bases starting with the base that is most likely to be hit (probably your latest expansion). Using camera hotkeys on your bases can sometimes be useful, especially in these situations, but not necessary.

Another likely target is if you have a large amount of depots grouped close together (one nuke will destroy them). Obviously you can't move them so your only defense in this case would be to not build them all close together, or to take out the ghost quickly.

With a bit of practice it gets really easy and quick to find where the nuke is going to hit and simply move your workers away.

9
How to quickly grow an army and maintain it?
9
How quickly does the bonus pool refill?
9
How do I get to the air quickly in SC2?
20
How do units choose which enemy to target in SC2?
2
StarCraft2: How to toggle quickly health bar displaying mode?
7
Nuclear launch details
13
Is it worth it to get blink so quickly?
15
How quickly do larvae spawn in Starcraft 2?
5
How to book many marines quickly
4
Identifying mistakes/weak-points in my approach to TvP