How do I create an shortcut to a Steam game with a server specified?

Whenever I play a certain game online, I always join the same server.
Instead of starting the game through Steam, clicking "Join Server" selecting "History" then selecting the server, would it be possible to wrap all that into a single link that I can just click once and automatically load in?

You can always join a Steam enabled game via this command:

Now, to get this into a shortcut, rightclick on your desktop and create a new Shortcut. In the upcoming dialog, enter the above command into the box after you replaced IP_ADDRESS with the address of the server, and PORT with the port number of the server): 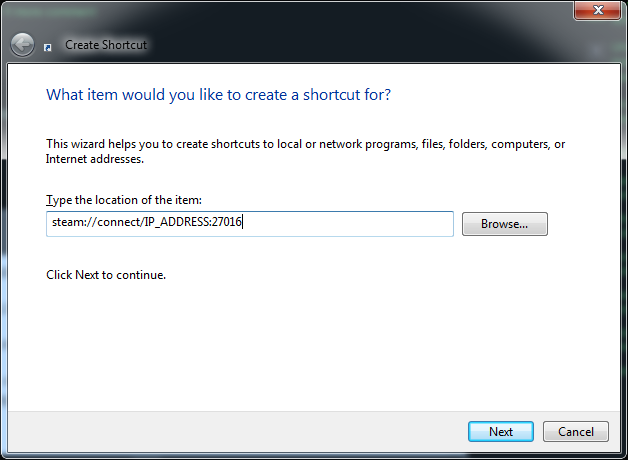 In the next Box, enter the name of the game or whatever you want: 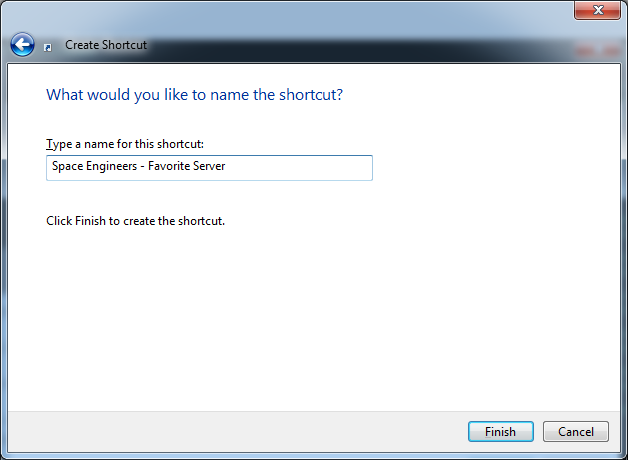 That creates a shortcut that will directly launch the game that the server belongs to and will connect you to it. Steam needs to be running for this.

While the screenshots where taken on Windows 7, it should be the same on Windows 8. This also works for all Steam Games that use Steamworks for Multiplayer.

To change the icon of the created shortcut, rightclick it, select "Properties" in the upcoming menu, then select the "Change Icon" button. Then navigate to the .exe or .ico of your game and select it. In the next window that pop ups you can select a different icon for your shortcut taken from this .exe. 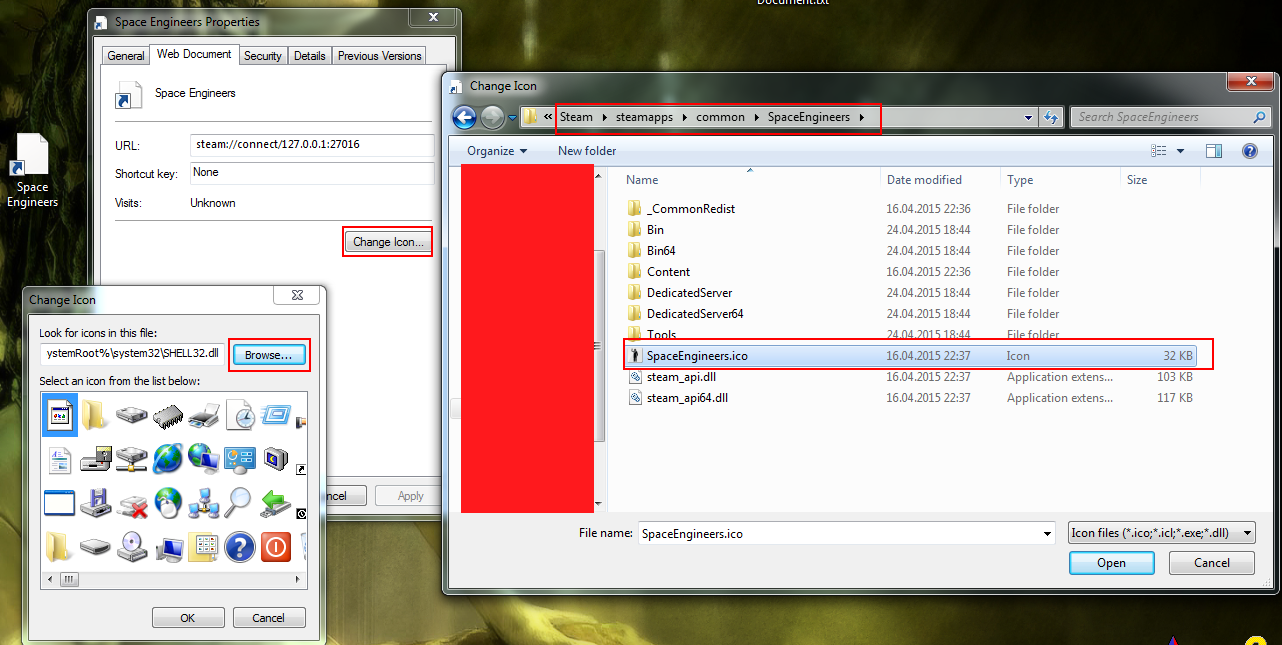 To create a literal .exe out of this, put this code into a .cpp file:

Then compile it with the free version of Visual Studio with this command:

Then you can use this .exe to launch Space Engineers. Remember to replace the 127.0.0.1 with the address you want to connect to, and 27016 with the port that the server runs on.

Not the answer you're looking for? Browse other questions tagged steam windows-8.1 or ask your own question.

31
Is there a way to NOT share gaming statistics with friends on Steam?
101
Can I tell Steam which monitor to open a game on?
6
How can I get Battlefield 3 to play nice as a Steam shortcut?
3
Almost every server on every Source game is not responding
5
How can you delete Steam server browser history?
0
Trying to wrap game launch - Steam Linux
0
How do I launch Starbound and the dedicated server from Steam
8
How to automatically mark Steam notifications as read?
3
Viewing Non-owned Steam Game Achievements