Where are all the gem seams?

According to this question about generating gems on android, gem seams are indeed available in the mobile version of Godus. I have progressed through the iOS version up to the point where the Ark has been repaired and Weyworld is available, but can't seem to find any gem seams to mine. I have unlocked and activated the gem mining card, but that did not seem to do anything.

Where are these gem seams?

Are they staring me in the face as I mine right around them without knowing what they are?

Gems look like rocks, but are a pale pink opal colour, as seen in the picture below. Unlike rocks, they remain on their layer regardless of the sculpting you do, and you cannot sculpt out under them. 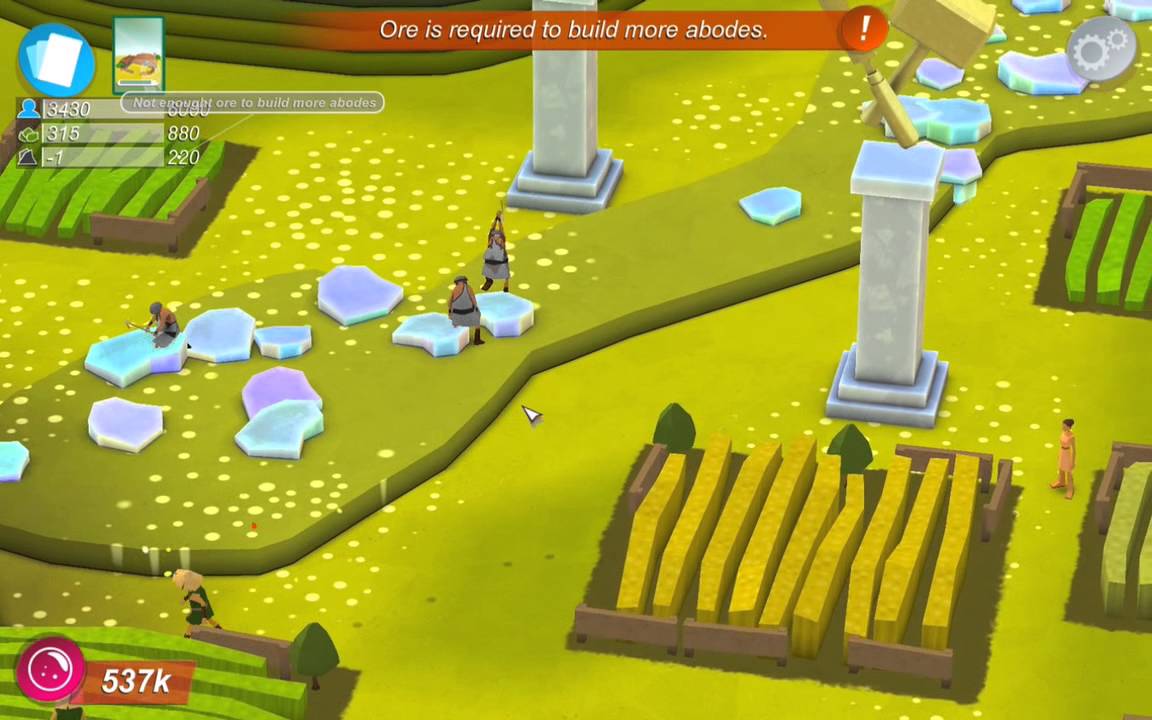 Gems come in seams, all on the same layer, and the seams often lead to a buried ruin such as a treasure temple. The start of the seam is often visible if you haven't sculpted over it; you'll see a couple of gem rocks sticking out under the side of the mountain.

If you're having trouble finding features, a good way to quickly prospect is to use the upgraded meteor (away from your towns!). A few of these will rapidly reduce the land to sandy craters, leaving gem seams and hidden ruins exposed.

On the homeworld, some example gem locations I'm aware of from the PC version include:

Image taken from the Youtube screenshot for this video.

Not the answer you're looking for? Browse other questions tagged ios godus or ask your own question.

6
How do I access the map in the mobile versions of Carmageddon?
2
Where can I get more diamonds?
3
What is the purpose of the "Beautify" tool?
2
Where can I get more resource cards?
1
Can I control the rotation of the abode?
2
What house gives the best population density for the space required?
2
How do I build the Beacon in a Swamp
2
I finished Weyworld but where is Hubworld?