Which is a better piece of armor - +2 Scale Mail or +0 Banded Mail in NetHack?

I recently started playing NetHack (warning to those who haven't, it's addicting) and I am at a point where I'm trying to decide between two pieces of armor. 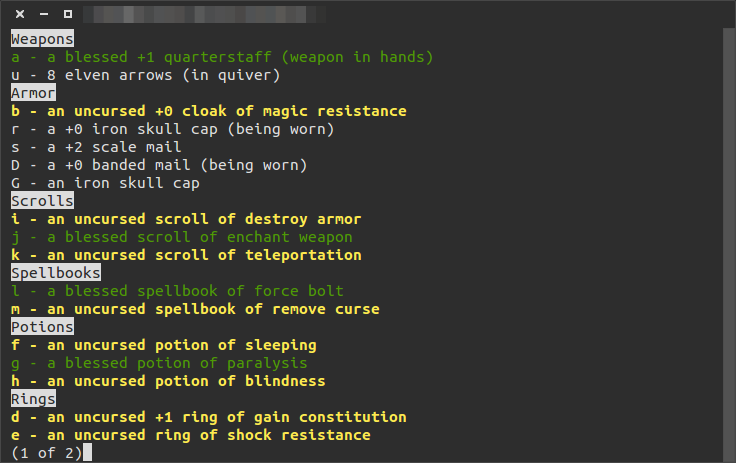 Which piece of armor is better and/or how can I tell this in the future (regarding enchantments)?

The one benefit you might get from keeping the Banded Mail instead is that it has a higher potential AC bonus, after enchanting. All armor can be safely enchanted to +5, which means that a fully enchanted Banded Mail will have a higher bonus than a fully enchanted Scale Mail. However, this is relatively early game armor, so I would not use armor enchantment scrolls on these when you could save them for a Dwarvish Mithril-coat or a Dragon Scale Mail that you will hopefully be using later in the game.

10
How to find out which weapon is better?
9
Is it a good idea to put on yellow dragon scale mail and go to town with a rubber chicken?
2
Why does armor in late-game nethack worse than the beginning armor?