How can I make an automatic cobblestone breaker?

Is there a way to break blocks with a redstone/piston system and then pick them up with a hopper in vanilla Minecraft. I want to make an automatic cobblestone breaker.

I know that I can break sand, I want to know how to break stone.

You can use command blocks. Place a redstone torch under the block you want to break and a command block above. Then, the command is:

Other than that, there is no vanilla way. (this is also not very vanilla)

Not possible in vanilla. For automatization you should use some mods, they are just for this.

If you want really a lot of cobblestone vanilla way, just make yourself Effi 5 diamond pickaxe and place beacon with Haste 2 , then you can break mountains in seconds :)

If you do skyblock, automatic grinding of stone is maybe useful, but can be considered as "cheating" :)

Here is a proof-of-concept video, illustrating a system using TNT. The cobble is generated and blown up by TNT; and then transported by water to (presumably) a hopper. There are other ways to achieve the desired effect -such as using creepers/withers/etc (through a monster spawner or darkened room) - which could be done, for example, by using creepers and ocelots with directing corridors, to get the creeper to where you wanted him to go.

If you're looking for an easy way, just get a whole bunch of gunpowder and make loads of TNT. Otherwise, I'd suggest trying the "creeper and ocelot" method.

The "legit" vanilla way is using TNT. Normally, with a single TNT breaking about 15-20 blocks and costing 4 sand and 5 gunpowder that's not a very viable approach, but there is a way to improve that by a lot: blast chambers.

Blocks while moved by pistons have blast resistance of 0, technically a bug but in practice this issue was addressed by Mojang in snapshots of 1.14, tweaked some, reverted, tweaked in a different way, then left in current state, pending a "proper fix" in indeterminate, distant future. Yes, it can be removed, but it's unlikely to happen anytime soon, and meanwhile blast chambers work just fine.

There exist ones that double or triple that, already.

And if you don't mind exploiting the TNT duplication glitch (most technical players don't), you can get by with a much simpler designs that don't time the motion with the blast perfectly, just happily drop as much TNT as you need, or still utilize the perfect timing and achieve insane drop rates - for example this cobble generator produces 120,000 blocks per hour (over a chest per minute):

One way to do this wold be to have an observer block facing down at the cobblestone which triggers a piston to push the cobblestone when it appears, you have pistons further down that push these lines of cobblestone into a big stockpile, there you can mine it or blow it up.

It is impossible to break blocks like cobblestone using only redstone or pistons. However, there are several mobs such as the Wither, Ghast, and the Creeper that can break blocks. My suggestion for making a block breaking system would be to use these creatures of mass destruction. 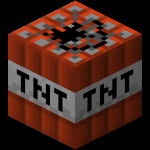 Tnt is a good way of breaking blocks, since they explode. Beware that they can also destroy the blocks too, so it isn't a good way of collecting either.

0
How to make a piston turn a block into an item on Minecraft for PS4?

28
Is there a way to automate harvesting cobblestone?
9
Why is my piston powered cobblestone generator crashing minecraft?
4
How to make a tree miller
3
Will the Minium Stone work with the Automatic Crafting Table?
1
How can I make a clock with pistons in Minecraft?
1
FTB Direwolf20 pack automatic ME Crafting
2
Can I make stone tools able to break iron?
0
How to make a simple portable rapid piston toggler?
2
how to make a mail box system in minecraft with a hopper and command block?