How to let someone continue his original plot when spymaster survived an assassination attempt?

I am playing the tutorial campaign with King Alfonso II of Leon. One of my counts has been annoying and have since made him dismantle his faction. Now my spymaster tells me that his heir was trying to assassinate him. My spymaster has been attacked himself and tells me this in a popup (see screenshot below). Unfortunately the only option I get is Expose him immediately!.
I don't want to expose of him.
I want him to continue his plot to kill the count. How can I do that? 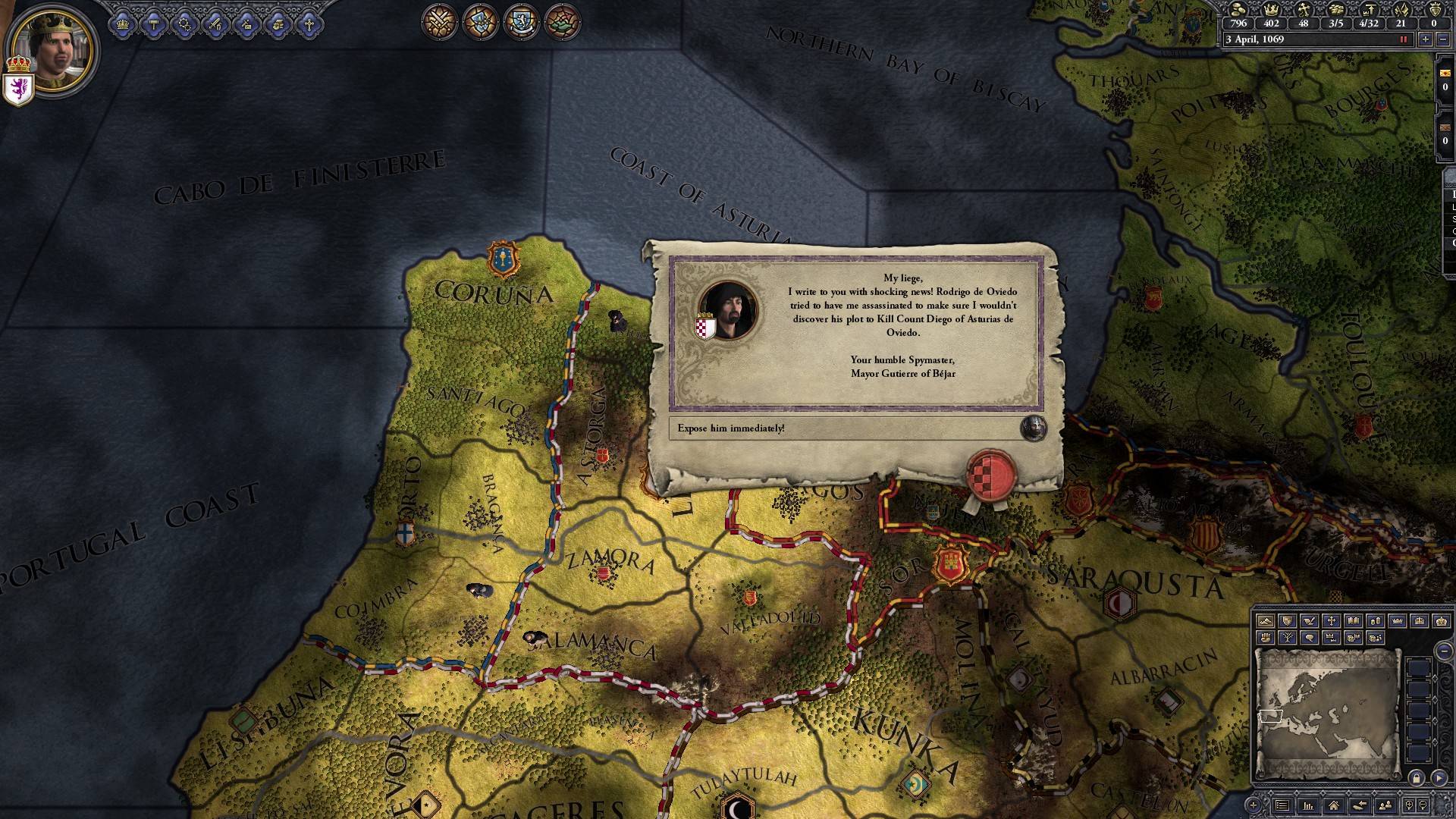 So I want Rodrigo de Oviedo to kill Count Diego of Asturias.

Exposing him does not actually force him to abandon his plot. It will cause him to gain an opinion penalty (Dishonorable, -10) with everyone not involved in the plot and a BIG penalty to relations with his target (Attempted Murder, -200) but at no point does this event, by itself, cancel the plot. Of course, his target won't be pleased and might take action himself.

There isn't an option that doesn't involve him being exposed once he tries (and fails) to kill your spymaster though. You could prevent the initial discovery by having either no spymaster or a bad spymaster, but that could have... undesirable... side-effects.

20
A vassal declares war on my heir. What to do?
8
Foreigner son-in-law went on a killing spree, then formed a militia just to stand around for awhile… did I miss something?