What missions have vault doors which require a vault access card?

In Invisible Inc, there are Vault Access Cards that can be used to open vault doors in financial missions, where you basically rob a bank.

Here is a screenshot. Note that the 4th augment station is hidden behind the tooltip. 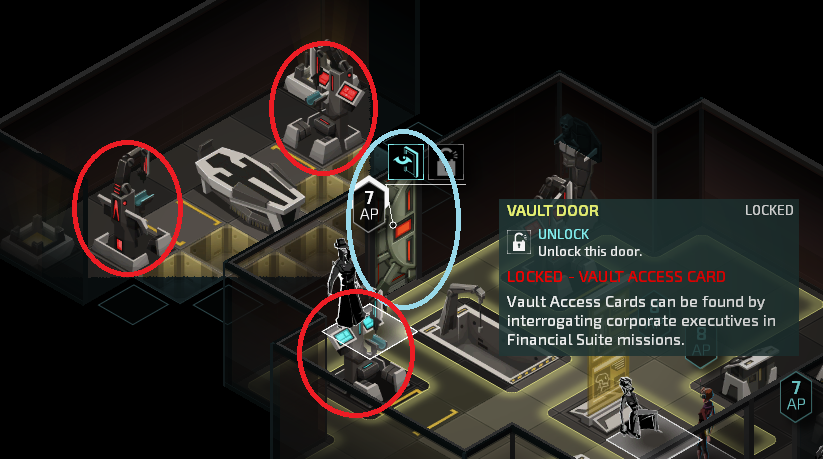 Do cyberlab missions always have this vault door, protecting an extra 2 augment stations? Or do the extra stations only spawn sometimes?

Finally, do other non-financial missions also sometimes have these vault doors which require a vault access card?

I have only seen a door that requires a vault access card of Vault and Cyberlab missions. Your suspicion is correct that Cyberlabs do not always have an extra two Augment Grafters, I don't know what the likelihood of their appearance is.

Additionally, if you are playing Endless mode you can reach a point where the exit teleporter on every mission will also be blocked by a vault door (For me this was around day 5 on the default "endless" difficulty). While there is a key card hidden somewhere in these missions that will unlock the door (and I assume, like the normal passcards, probably won't transfer between missions), I believe you could substitute in a vault access card if you have one.

Not the answer you're looking for? Browse other questions tagged invisible-inc or ask your own question.

8
Where can I get a vault access card?
5
How does enemy door breaching work?
5
When do rescue missions have an agent as the hostage?