In the Witcher 3, whenever you look in the direction of an NPC - be it a dog, dwarf or whatever - a name tag appears above the character displaying its name, and, if you can interact with it, an icon and an action like "Talk".

This completely ruins immersion for me, and in most cases isn't needed at all (I can tell that's a goose, and you can almost always talk to people) so I was hoping someone here knows of some way these can be switched off?

I've obviously looked around in the settings, going as far as to turn off everything in the HUD options, but to no avail.

I've also looked through the most obvious config/XML files but couldn't find anything that seemed related to those labels.

I'd also like to know if anyone knows of any "Better HUD" mod or similar (I know it's early still but perhaps I'll get an answer down the line). IMO the HUD in TWWH is absolutely ridiculous. The biggest offender being the ludicrously placed buff icons in the middle of the screen. I mean, what were they thinking?!

Edit: Or perhaps you can point me in the right direction when it comes to modifying the HUD? I'm a web developer so I'm familiar with similar things in other(?) languages. Moving an icon around or changing its image shouldn't be too hard. 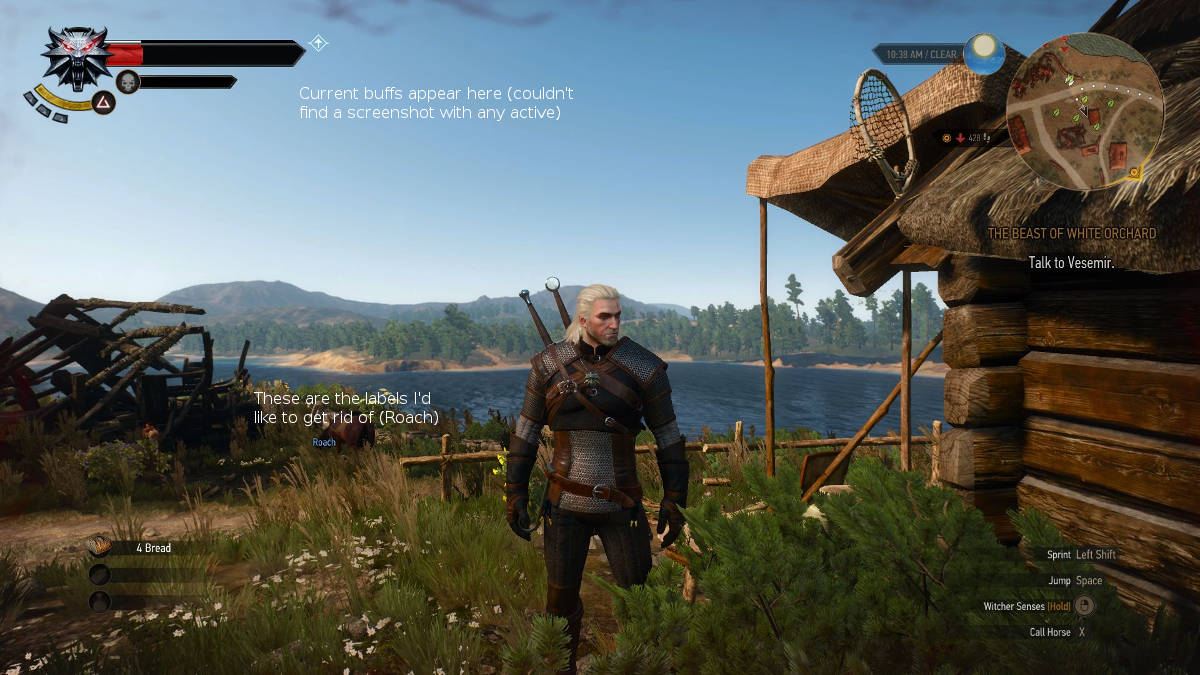 VintageTribe (Quality Assurance Tester on CDProject team) wrote about it this week :

this feature is actually being implemented and will be available soon in one of the upcoming patches.

While 1.05 did fix the NPC labels, the "Talk" icons remain. Here's a mod that claims to remove them though in case anyone finds them as immersion breaking as I do: http://www.nexusmods.com/witcher3/mods/339/ (I haven't tried it yet though)

Not the answer you're looking for? Browse other questions tagged pc mods the-witcher-3 or ask your own question.