Which NPC in WoW will try to kill you and which will not?

Which NPC in WoW are safe to pass nearby?

Playing for Horde I was accidentally killed many time by Alliance NPC, when I happen to come near Alliance city. Usually it is immediate death, so I started to be afraid of NPC, which have "red" name and has a skull instead of level.
But then during quests I noted NPCs, which are also red and skulled, but they didn't touched me. Last one I met right in a neutral city - Dalaran, it was near a guy, which gave me a quest, so I must come close to this skull.. and it didn't touched me.

So is there a reliable way to understand when NPC will kill you and when they will ignore you?

P.S. I add a sample picture of red mob, which doesn't attack from a beach of Isle of Giants (NPC named Beeble Sockwrench) (this is not city area): 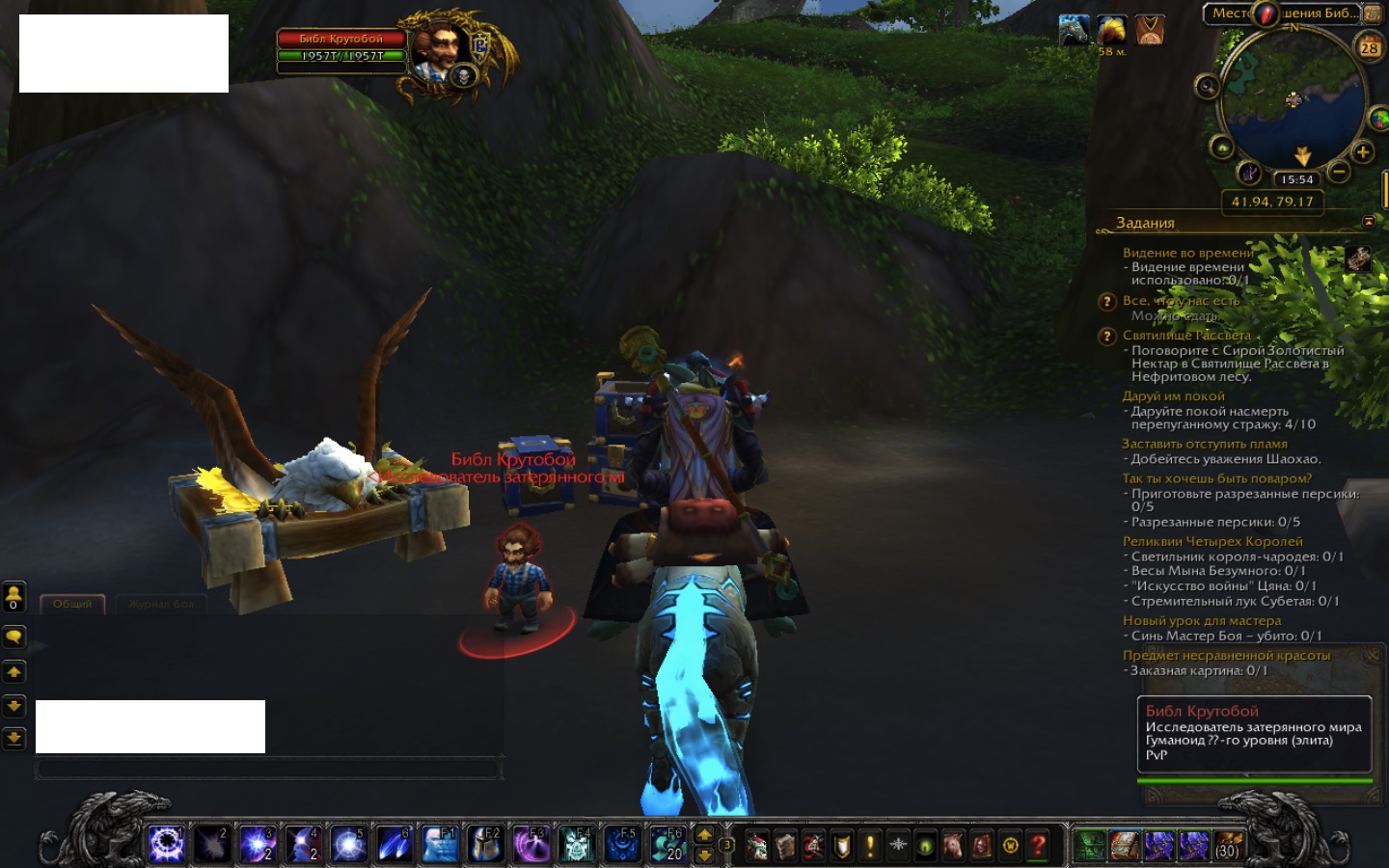 If you can attack the NPC, the NPC can attack you (back). But not all NPCs are aggressive and will you attack on sight. Some will (with variable distance at which they attack, this is called "aggro range"), some won't. Regretfully there is no way to check if the NPC will attack you on sight or only fight back when attacked.

For most situations you learn by experience what to expect from an NPC. And with higher level your chance to escape if attacked also improves so it's no longer deadly when you aggro an NPC.

Raidri is mostly right, but there is a way to see which will and which wont attack you. If you are using the default Unit frames or default name plates the background/name plate color will tell you certain things:

Those are the most common ones and I cannot recall any other colors right now. Also most tooltip addons and default will show the name in color regarding hostility.

Here is a picture I found on google demonstrating how it shows up on nameplates: 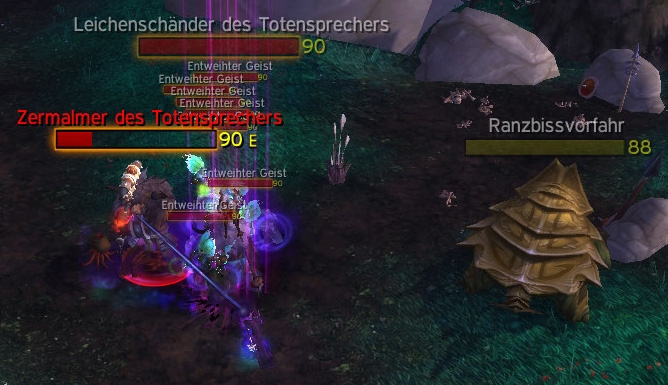 As you see the yaungol are red = will attack you when you reach aggro range and the turtle is yellow = will only defend if you attack.

E: Neutral cities(Shattrath and Dalaran) are areas known as sanctuaries which are exceptions here is what Nate wrote regarding the subject.

Nate Kerkhofs wrote:
Dalaran is indeed a neutral city, and ALSO a sanctuary, which means that there is no player versus player combat possible (opposite faction NPCs are included in PvP combat). There are some quests that require you to kill NPCs in certain sanctuaries, but you cannot attack the opposite faciton in a sanctuary. Mouse over the target: if you get a sword, they'll attack you. If you get something else, they'll ignore you, since you can't attack them back and it would be incredibly unfair for them to attack you.

6
In WoW which spec wears str+int gears? What about agi+int?
1
Bot software and add ons for WoW, difference?
7
Which WoW class/spec has the best mobility for questing and solo'ing low level dungeons
6
Which is the fastest class in WoW?
0
WoW change Cmd and Ctrl
3
WoW macro - how to check where you are?
6
Will my characters still be on WoW after many years of not playing?
2
WoW Multiboxing, healer and dps macro not working