Where can I find an Erynia Eye?

I need one of these for my enhanced Hybrid Oil, it's the only missing ingredient. But I have no idea where to even start looking for one. Where can I find an Erynia to harvest for ingredients?

They're indeed in Skellige. On the south-western island called Undvik there's 2 caves right next to Clan Tordarroch Forge. If you have the quest called Master Armorer, set it on track and the marker will lead you to the caves' location. Simply enter the other cave which is irrelevant to the quest. At first you will encounter devourers, then harpies and then if you make it all the way down - 2 Erynias. They're lvl 13, but quite easy if you time your parry as they descend to strike. 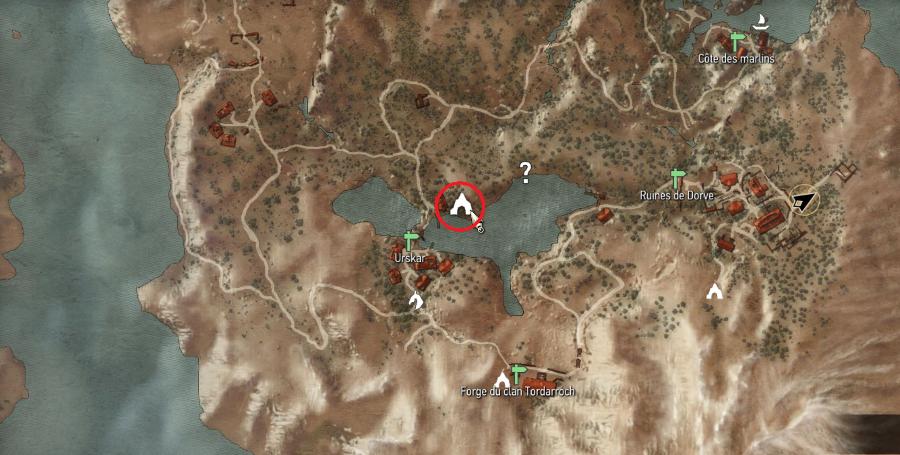 Been spending 2 days looking for them myself. Glad to be of help!

Just to throw it out there. On the map that the previous answer provided, the actual location is false. He has the description right, but the cave where the Erynias actually are is still on the map, just at the bottom middle at Clan Tordarroch Forge.

I couldn't find Erynia Eye following the main answer, I had to find it via a Reddit answer:

Dropped by Erynia (obviously), which are a variant species of Harpy. You can typically find them among harpies and their nests, such as east of the Lighthouse in Northwestern Velen.

I found mine in Skellige, just north of the Redgill Marker, on the main island. If you follow the trail north along the Eastern Coast of the Isle, you'll come across a large flock of Harpy and Aryniae, not far from a stone archyway (point of interest). They're fairly simple to kill with the crossbow and Aard sign, and also respawn every day or so.

Easy peasy Eyrnia eye. You'll see them from the sky, just follow the coast north from the Redgill Marker, then kill some harpies.

There is a place of power guarded by a level 30 cyclops just north of this location.

This may or may not also be a place where you can learn some Griffin school armor recipes.

Not the answer you're looking for? Browse other questions tagged the-witcher-3 or ask your own question.