Linking more than 2 teleporters with the same wire

I've been doing a puzzle map where the player must go through a maze of teleporters.

I know that you can wire up a single teleporter with up to 6 different destinations, thanks to the 3 different wire colours, and that there's no limit to the distance of teleportation.

However, I'm not clear at all about the situation when 3 (or more) teleporters are linked with the same wire.

It is not random

When a wire links 2 or more teleporters, the 2 teleporters that are activated (they will move the entities onto the other teleporter) are chosen from the position of the input signal. 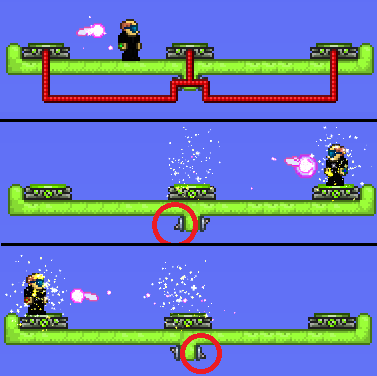 Why is that ? It's because the game only selects the closest and the farthest teleporter from where the input is, and most of all, all the others teleporters are ignored. But usually, we tend to place one input very close to one teleporter.

But this alone doesn't satisfy my needs for complete understanding, let's try something else.
What if we wire 4 equidistant teleporters around a single input ? Would this time be really random ? 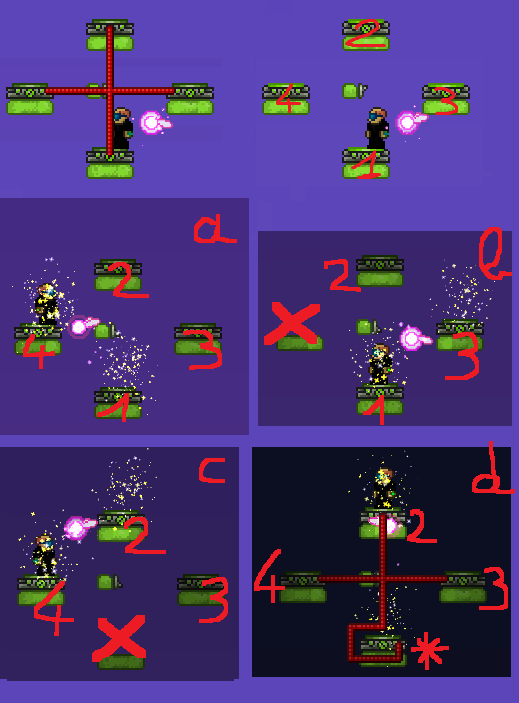 With some observations, I could isolate what are the directions that are closer of farther of an input if the distance is the same.

We can now deduce the following conclusions when equidistance occurs :

PS : I got notified of this old question when it got its 1000 views, and this time, I had enough time on my hands :)

EDIT: Old answer based on initial trials like image in OP, it is not accurate. I wired this setup up. From the first teleporter I placed, I was sent to the second one, from there to the third one. Then it stopped. So I am guessing based on that the pattern is as follows:

I believe the pads give you a serial progression down the line up to 3 jumps. Therefore, with 3 pads it loops. It is not a random location as after 30 times it was the same sequence of destinations.

EDIT: Correct answer after human lab trials! The above was a fun guess, but wrong. 4 or more pads did not work no matter how I tried it, only three pads would work, and it is positional. Here is an image of my final test setup: 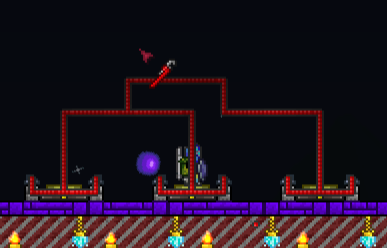 The platforms are setup with a switch on either side of the transporter. As you can see from the circuit diagram, the linking is in the middle of the pad with the switches connected from the pad.

EDIT 2: I looked at the wiki... the wiki said you could have two way by connecting the ends. That gave me an idea. So I wired up the below picture.

This one works as you would expect it too, where the switch in the line sends you to the next one. Then I tried 4 and 5... they worked correctly as well. The limiter to more than 3 platforms is that you can only go to the ones you are directly linked to in the chain, not to any another ones, as would be expected in a serial chain link this.

10
Do Safes and Piggy Banks hold the same items?
6
Is it possible to have the Corruption and the Crimson Biomes in the same world?
4
Do some items make the Blood Moon event more common?
4
is the default ore any easier to find than it's alternate?
1
I want more hardmode metals than just 3!
9
How does the difficulty scale with more players?
2
Can I break Lihzahrd Brick with any other pickaxe than Picksaw?
1
Angler keeps giving the same quest
2
Can Necromactic Scroll and Papyrus Scarab be used at the same time?
6
Are cacti more likely to regrow than to appear?