How to get a large ocean map (is it even possible)? [closed]

Ask Question
Asked 11 years ago
Modified 10 years, 8 months ago
Viewed 18k times
15
This question is unlikely to help any future visitors; it is only relevant to a small geographic area, a specific moment in time, or an extraordinarily narrow situation that is not generally applicable to the worldwide audience of the internet. For help making this question more broadly applicable, visit the help center.
Closed 10 years ago.

Is there a theoretical limit to how big oceans can become with the current terrain generator?

Backstory:
I am searching for seeds for a project where I want the area around origo (x=0, z=0) to be as much ocean as possible. While searching I found this thread, where a user claims to have a seed that creates this world (his screenshot):

This map would be sensationally perfect for me, unfortunately however, trying his seed "FOUR o FOUR" I don't get this world. Other users fail to get this world as well and asked him to post the numerical seed using a seed extractor thinking there might be a typographical error. He then claims he used the tool and posted "-165589391". This however is the numberical seed that "FOUR o FOUR" gives, and naturally the same world as before.

One theory is therefor that there was an error when this map was generated for him, or he was using a map editor or a mod or something. But I was wondering if such a map actually is possible at all.

Edit:
@SevenSidedDie:It is certainly possible, however the thread was posted late in march, after biomes were added and after the ability to enter seeds were added, and he specifically mentions the seed used to create the world (and taking the hashcode of his provided string do indeed give the same integer he later posts.

@fredley: What do you mean by "looks like I got the world you're talking about"? Do you mean the world I desire? If so, can you please tell me if the seed is any of the two I mention above? I doub it somewhat, because even though there is a lot of water around the coordinates (46, -293) in your screenshot, a Cartograph reveals that the map is in no way the same as the desired. Here are some Cartographs from "FOUR o FOUR" and "-165589391". The red X marks (0,0), and as you can see they are the same, but not anywhere close to the desired map: 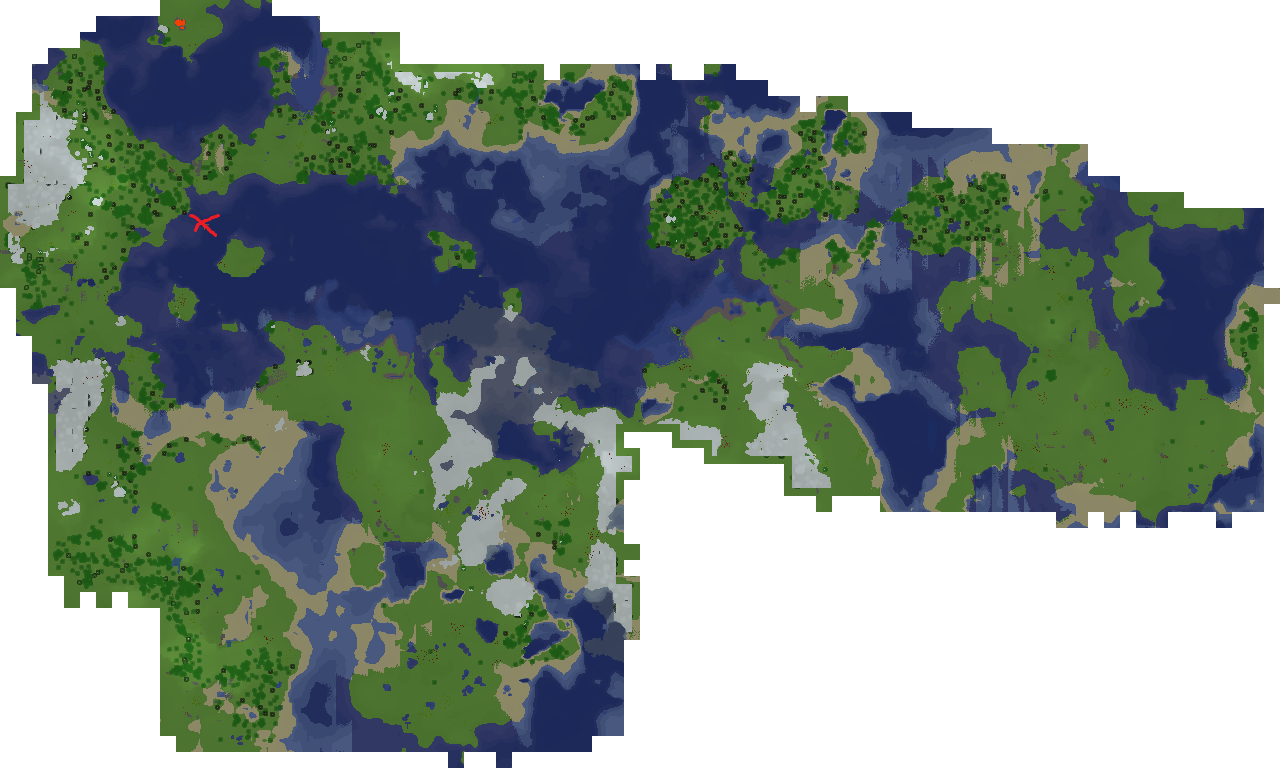 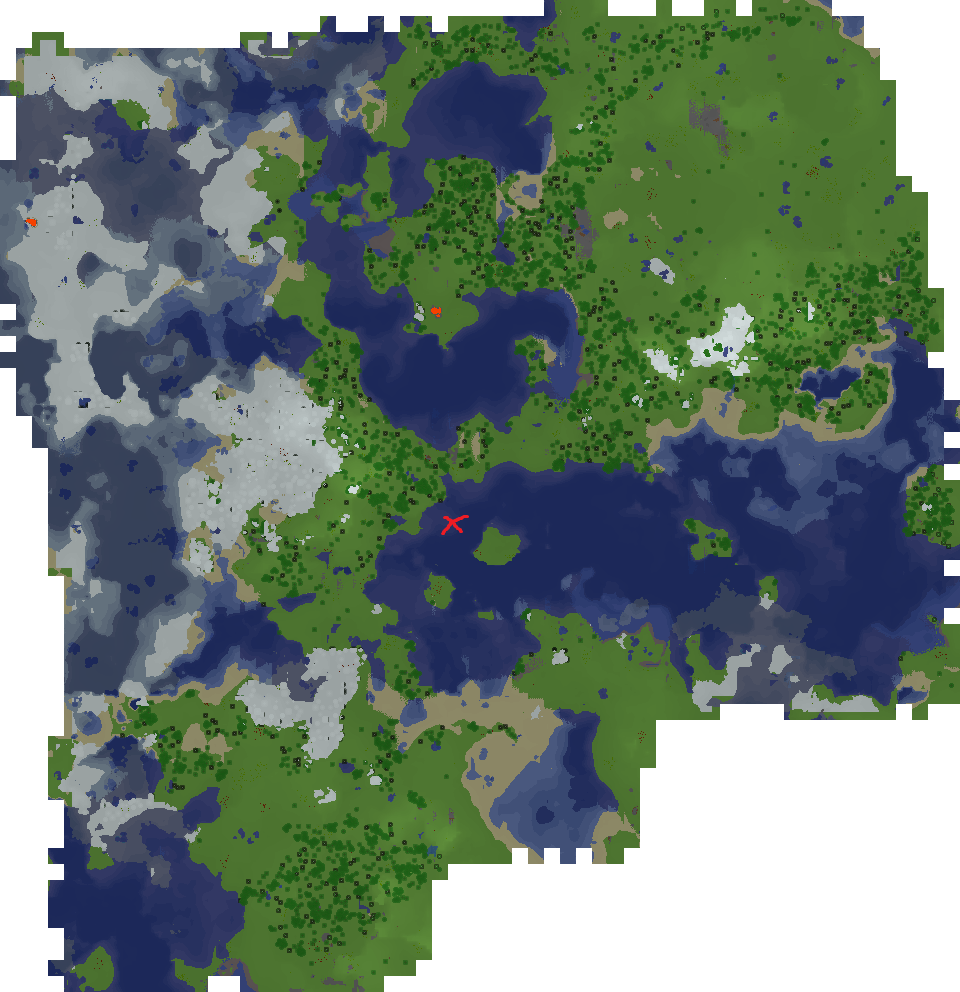 Chances are that you have spawned in a different place. Your seed does not determine where you spawn in a world, it is random, and given the scarcity of sand in this map you've probably spawned a way away. Ask the person on the forum thread to post their coordinates (visible by pressing F3) and walk to the same spot in your game.

As for the size of oceans, I don't think there's an upper bound, although ones the size of your picture will be very rare. If all you want is a massive ocean, use MCEdit to make one.

I followed the instructions on the thread, looks like I got the world you're talking about: 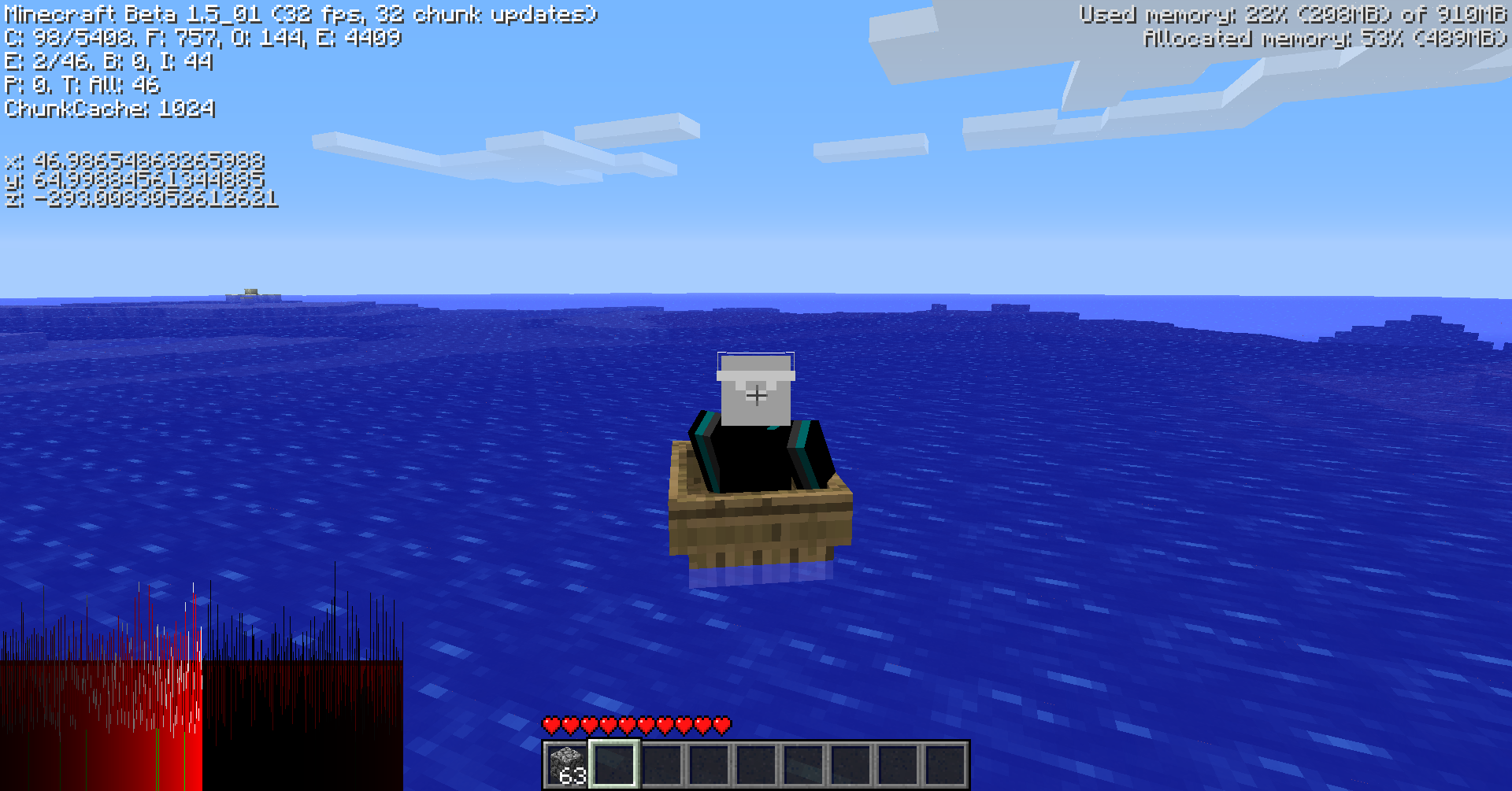 Separate to my other answer, the biggest ocean seed I can find is this one:

As seen in this MC Forum thread. 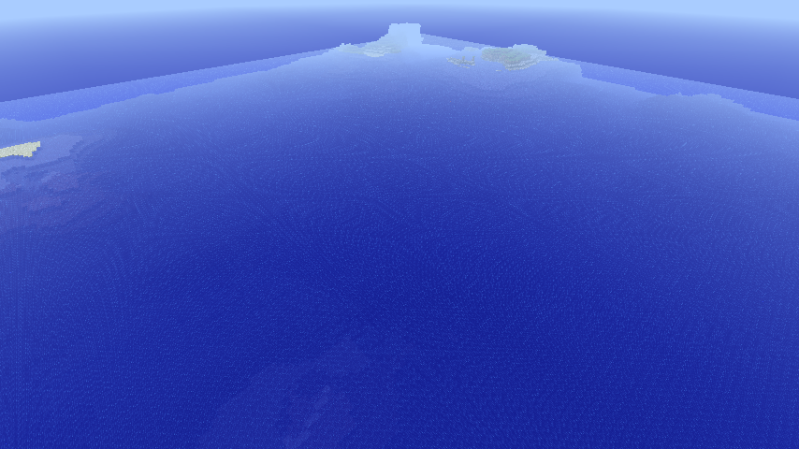 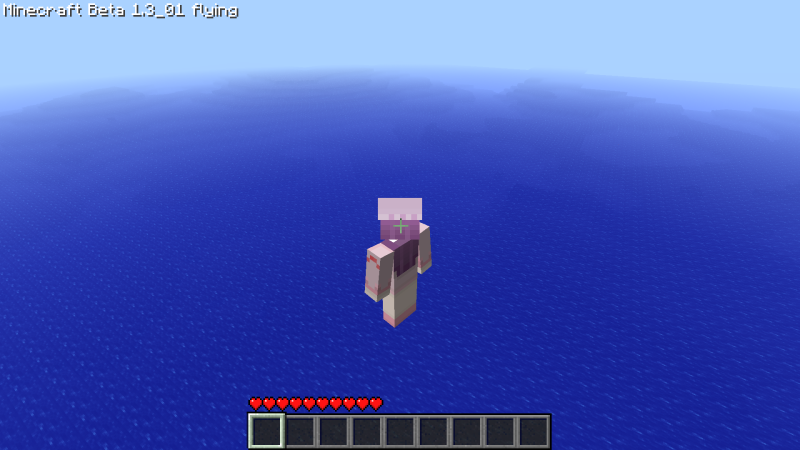 As of version 1.8, there appears to be either a bug or an undocumented feature that causes some seeds to generate "water worlds" with only small, scattered islands for days of flying (in creative mode) in any direction.

One such seed that I've personally tested is 1335977250. Nothing but islands for days around the spawn, and I only ever saw two trees. It's perfect as a blank canvas for a water world project.

As of version 1.8, there is a new ocean biome, which means that the world generator spawns huge oceans. In my world (seed Tom) I spawned next to an ocean that, once I sailed into it with a boat, filled my entire world (all I could see from horizon to horizon was water).

21
Do you always spawn on sand?

9
How does Minecraft determine the spawn location in a seeded world?
6
Do mobs spawn in the same location for every seed in Minecraft?
3
Minecraft seeds multiplayer vs singleplayer
3
Why do I spawn randomly when copying my singleplayer world into a multiplayer server?
0
How does biome generation work in 1.8 snapshots?
4
Have two Minecraft players coexist at separate times in the same local server
8
Minecraft world generation differs using exact same seed
1
Do World customizations affect the seed?
2
How can I get seed from corrupted world?