What's up with this double counter in Splat Zone mode?

There was originally only one mode in ranked mode in Splatoon. Sort of King of the Hill, with a countdown timer which counts down when all zones are dominated by one team. However, sometimes a second counter becomes active. What does it do, where is it for, how does it help me win, how is this taken into account for scoring, et cetera.

So, in short, what is this second counter?

Picture included. Of course in the heat of the battle, but you'll get the idea. 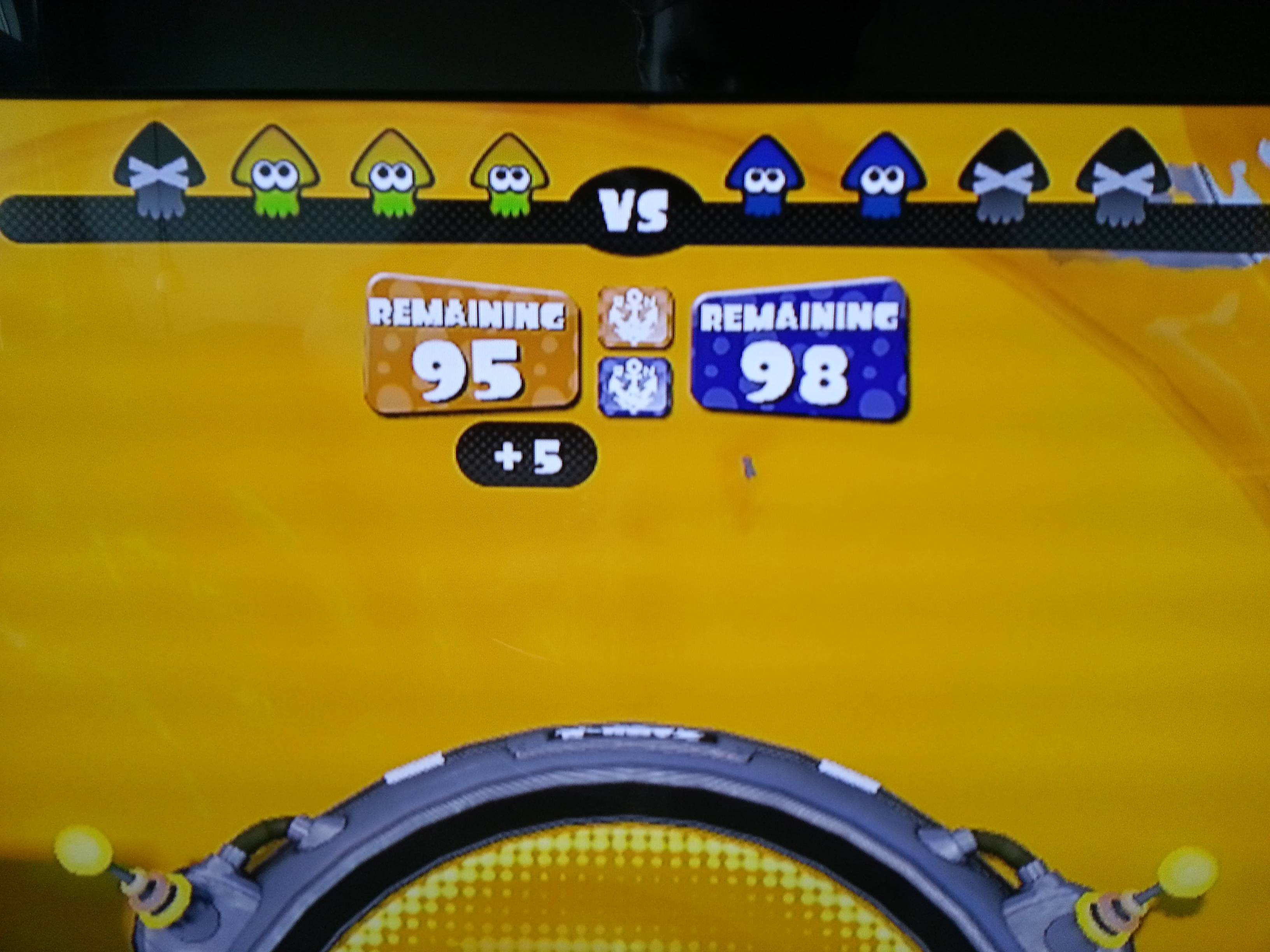 Once that counter fully depletes, the counter above it starts going down again.

It has no influence on scoring as far as I can tell. If you win with a knockout win, you get 500 points plus a bonus based on your rank (1300 for C-, 1600 for C, 2300 for B-, etc.). You get fewer bonus points if you don't get a knockout victory. If the match does not end in a knockout, each team gets 5 times the number of seconds their team held the point (not counting the sub-timer at all), and only the winning team gets a bonus. If the other team gets a knockout victory, everyone on your team gets 0 points.