What do red names mean?

What do red names mean? I played with a guy in casual and his name was red. Does that mean he hacks or what? 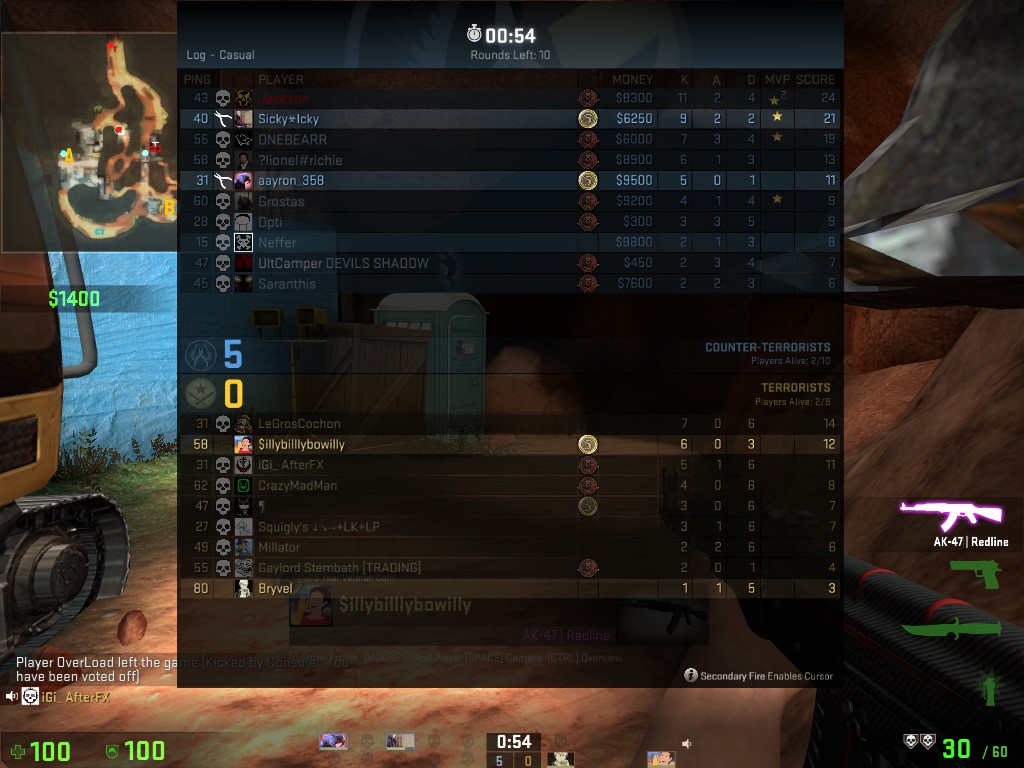 He's the guy on the top

The red names are players who have been marked as a target. In Operation Bloodhound there are two missions that do this, one is Sergei while the other Jackson. The game randomly picks a (human controlled) player on the appropriate team and sets their name to Sergei/Jackson and keeps selecting a new player each time they die until all the players on the other team who need the challenge have killed him.

If you do not have Operation Bloodhound or you are not currently playing that mission the name change has no effect on gameplay.

5
What is rotating?
0
What are the chances behind what items you get in chests/boxes in Counter Strike: GO?
1
Create Official Dedicated CS:GO Server
10
What does it mean to play for picks?
3
Is getting kicked in CS:GO a way to avoid win/lose?
4
Why is there a 6th team member in 5v5 tournaments sitting on the side?
0
How does the CSGO item awarding system work?
12
Whose portrait is it that appears in the Cache map's small room?