One question I ask myself since I am a kid: Is Mega Man left or right handed?

(I am confused each time he turns left or right)

UPDATE: I am adding a bounty for whoever finds me some official press release documents or interviews showing that the character designers of Mega Man wanted him to be left handed, right handed, or .. both at the same time.

Well, after looking at official box art, Megaman uses either hand for his arm cannon. For example, here's some Japanese promo art from Megaman 3 depicting the cannon on his left arm. 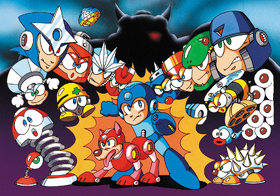 While here's some Japanese promo art from Megaman 2 depicting the cannon on his right arm instead. 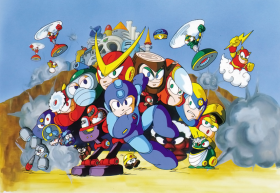 If you check more of the images and box art, there's no real rhyme or reason as to which hand the arm cannon appears on. So, since he uses either hand just as often in the images and in the games, the only conclusion I can draw from this is that he is indeed ambidextrous.

Well... the original Megaman had his buster on his left, and X on the right.

(I am confused each time he turns left or right)

Well, this happens because when the Megaman sprite turns, the entire sprite image is flipped horizontally, meaning depending on which way you're facing, Megaman's buster will be on different hands. This page can tell a bit more of what I just said, though it isn't exactly an informative site : /

But being a robot/android/Navi, I really think Megaman is programmed to be ambidextrous.

In Megaman Legends (and/or Megaman 64), Megaman's buster is on his left hand. Since the game is three dimensional, there's no 'sprite flipping' like in the original sidescrollers. This would mean that he is right-handed, at least in this game, because that's the only hand he has free when a weapon is equipped.

Turns out it's ambidextrous. In SuperAdventure Rockman, he turns both hands into blasters at the same time - the 'Double Rock Buster' special move in Episode 3. Granted, it almost kills him because it uses so much energy, but there it is anyway.

This means that the 'flipping' in the sidescrollers is just him switching hands.

Also, SuperAdventure Rockman can be pointed to as a 'shark-jumping' moment for Megaman.

On many box arts and title screens, the buster is on his right arm, but in some it is on his left arm or in none of them. So, one can assume that he "morphs" his arm into a buster, and that he may do that with either of the arms, depending on how clear a shot would be in each case. I agree with Oscar Cheung, Megaman is probably ambidextrous.

I generally depend on which hand is used for gulping energy tanks, writing, and for special weapons that involve throwing (blades, boomerangs) or melee (claws, sabers) as the dominant hand, especially if all four of those are with the same hand. Furthermore, making that dominant hand vanish to make room for a buster (to me) sounds rather inconvenient. I would thus place the buster opposite from the dominant hand, for the sake of convenience. Especially in the case of Zero, since he is a melee combatant. If I remember correctly, Zero switched his melee combat from righty to lefty upon operating a new vessel. I'm not sure, since some sources say vice-versa.

Well, in Super Smash Bros. for Wii U and 3DS, whenever Mega Man turns around the buster changes hands. Also, he has a taunt where he transforms an arm into the buster and back. Depending on which way you face when you do it, he can turn both arms into Mega Busters. So, logically, he is ambidextrous.

Most people have covered the answer by now (he's an ambidextrous, which makes sense, because he's a robot.... why program something limiting like right or left-handedness? He's a SUPER FIGHTING ROBOT, he don't have time for that!)

Just wanted to add another source for that answer: The Megaman TV show. Anime/style aside, he often transforms either hand into the Megabuster (or whatever weapon he has "equipped"), as needed. He and Roll both can use both arms as weapons and are presumably ambidextrous.

Let's start this by referencing box art nobody wants to remember. 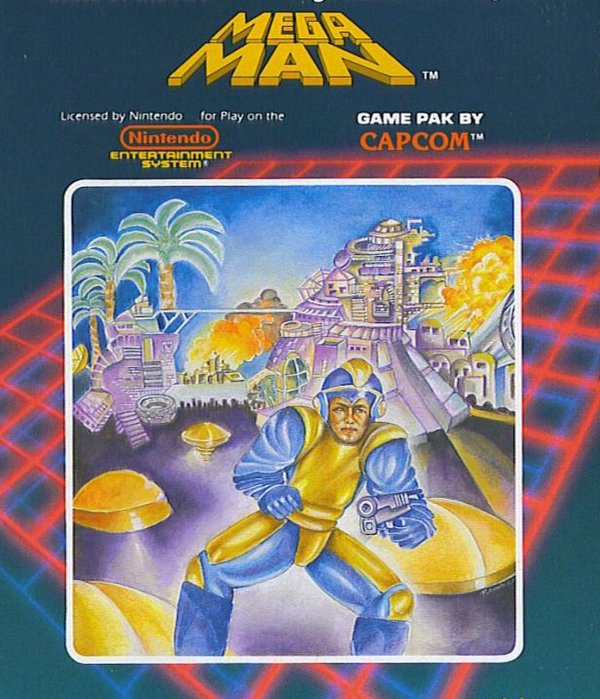 Our vaguely-Indo-Chinese billowy-armed Blue Bomber with frog legs appears left handed, as he's holding the weapon (a pistol, not the Buster Cannon) in his left hand. The pistol itself seems to be a traditional firearm, not an energy-based weapon. We also know that the arm cannon was something Dr. Light developed, using Solar shots (the many iterations of the Buster Cannon). This suggests the pistol image below references a time before Light made the cannon, indicating handedness. The Buster weapon itself is referenced as ambidextrous, but not the robot; this is similar to how a baseball bat is ambidextrous in nature, but handedness determines the swing. The pre-Buster pistol in the image is certainly not such a weapon, as while held in the left hand we have to infer that shells would eject out of the unseen side of the pistol (as no slide or ejection port is visible). This would make the gun itself a right-handed weapon, held by a left-handed person.

Following the art on the same page, we can see that standalone images of the various Mega Man incarnations begin to show the Buster on the left arm repeatedly. One could arguably say that the more plot in your Mega Man, the more right-handed he gets. There's a trope involved here; A Sinister Clue. For literally centuries, entertainment has placed the villain or the goofball as being left-handed. Even in modern movies, while the "main character" might be left-handed, it's actually a clue that the one character who is right-handed is the real hero of the story. This actually fits in with Mega Man's Lore, as from the Wikipedia entry, Mega Man was originally a battle robot made by BOTH Dr.'s Wily and Light. It goes on to say that Mega Man (originally named "Rock") was refitted after being a villainous battle robot:

"Following treachery by Dr. Wily in which he reprogrammed all of Dr Light's robots, Rock was converted into a battle robot to defend the world from Wily's violent robotic threats. Thus he becomes Mega Man."

This suggests that while the weapons he uses are ambidextrous, Mega Man actually started out left-handed and literally had his handedness changed for story purposes to match with Western culture's expectations and tropes. All because ugly-halfway-racist-proto-MegaMan pictured in the box art would have held a right-handed weapon in the right hand if he were ambidextrous or right handed, as the ejecting shells across the chest of a traditional firearm (as pictured) would risk damage and not fit with machine logic. He technically was born as a villain, so we see him with a gun in his left hand before Light ever modified him. 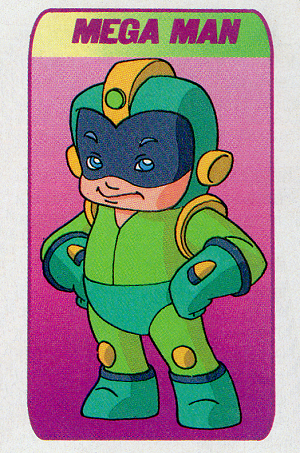 He is the best in the world and can use both hands. He is ambidextrous.

Not the answer you're looking for? Browse other questions tagged mega-man-series or ask your own question.