I'd like to get a gamepad for my PC; previously I've had great success with an Xbox 360 controller for the PC (the controller unfortunately is no longer with me!)

The Xbox One controller is fully backwards compatible to the Xbox 360 one, as it uses the very same API as its predecessor (XInput) and features the same buttons 1. It's possible you'll need to install a driver first, though Windows should automatically search for and install all necessary drivers by itself.

The only trouble you might have, is with the PS4 controller which uses a different API (DirectInput), an API which is mostly supported on older games or emulators.

As for connecting your controller to your PC, you have 3 options.

1: The Start and Back buttons have been relabeled, but are essentially identical.

2: How to determine if your controller supports Bluetooth (Source: support.xbox.com):

Your controller has this feature if it looks like the one on bottom in this illustration: 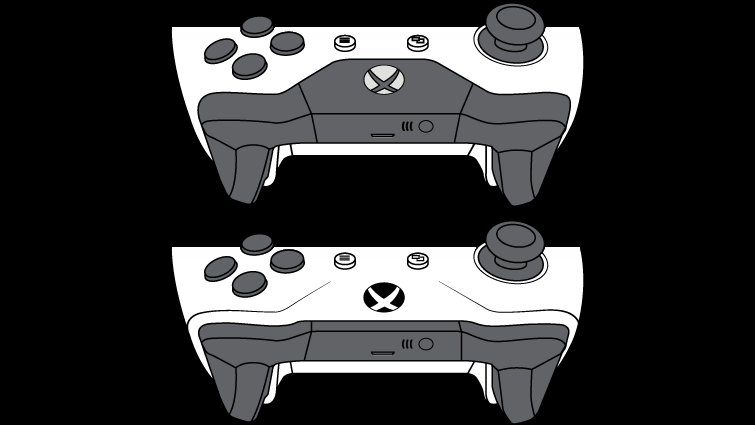 Also worth noting that the newest ones are also Bluetooth compatible. Not only can you use it on your computer wirelessly (providing it has bluetooth) but you can even use them for gta san andreas, minecraft and bully for android as well as a load of other games.

Not the answer you're looking for? Browse other questions tagged pc controllers xbox-one .