Why won't this redstone and command block setup work like the other one?

I'm trying to make an RPG adventure where the player can interact with different stuff. For example, if he walks up to a crafting table, then this text should come up in chat:

[Robert:] I wish there was a Crafting Guide in Minecraft or something, it's always so hard to remember what some of the crafting recipes are!

The crafting table works fine, I have a hopper clock connected to a redstone which has a repeater going into a command blocks saying:

In my "Ladder Interaction" section of the redstone, I have the same hopper clock, with the same item, connecting to the comparator in the same way, with the redstone to the repeater, connected to this command block:

Connected to a comparator which is then connected to:

I don't understand why this one won't work but the other does. I changed my redstone clock to a hopper clock, like I said, because people said that it keeps the chunks loaded and stuff, but it still doesn't work.

Here's a picture of my design: 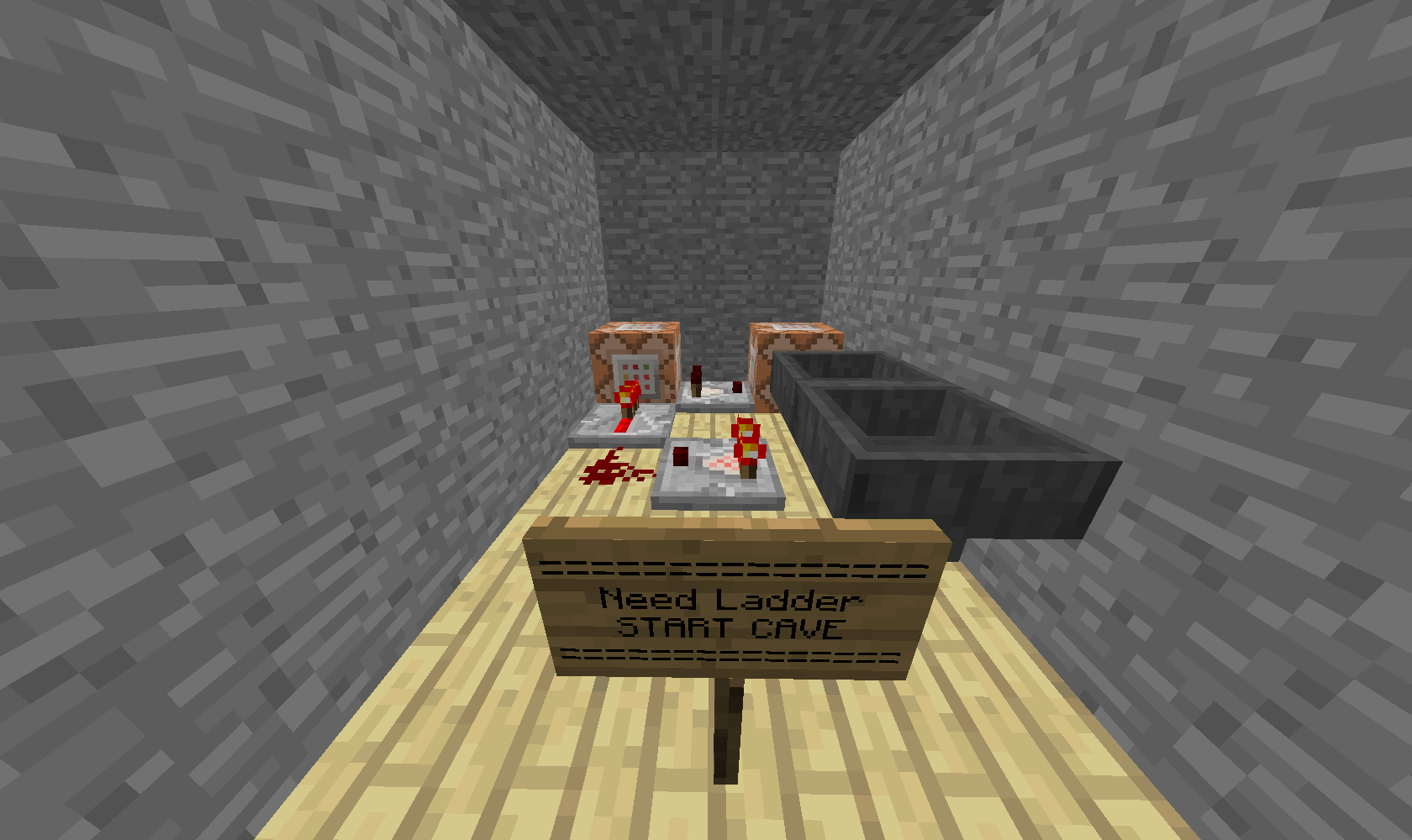 Can you help me?

There is this one character (I don't know what it is yet, either), that sometimes, somehow, makes its way into commands. Try going to the beginning of your /testfor command, and holding -> until you reach the end. There may be a spot where your cursor stops moving, and there should be a zero-width invisible character there. It shows up in regular editing software, I always check if my commands aren't working.

Not the answer you're looking for? Browse other questions tagged minecraft-java-edition minecraft-commands minecraft-redstone or ask your own question.

4
How do I detect a player in a x,y,z,radius, remotely?
1
How do I make the comparator work and then stop?
2
Minecraft command block teleport with Target selector arguments
1
TestForBlock command
0
/blockdata ~ ~ ~ {Items:[]} does not work at a certain distance away from the player
1
Why won't this execute if block command work in Minecraft?