How do I use mutagens?

I've collected a nice selection of mutagens so far, but I have no idea on how to actually use them. They are supposed to be able to improve my character somehow.

How exactly do I apply those mutagens? 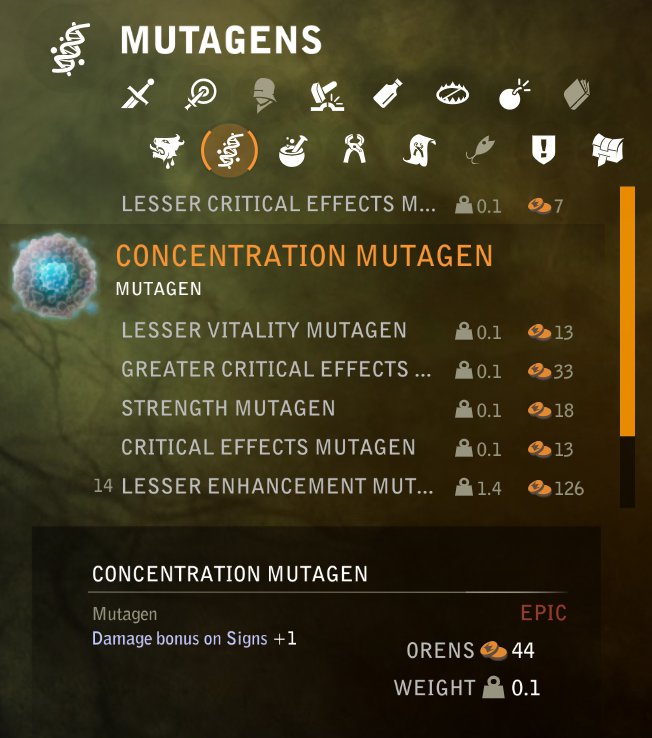 Mutagens boost your abilities which allow a mutagen slot.

You can loot one from a defeated enemy or you can create one as a byproduct of alchemy.

The mutation cannot be reversed.

Mutagens usually take one of three forms: lesser, basic and greater. Each of these forms raises the character’s statistics, but by a different amount:

You can only use them in combination with certain abilities in your skill tree - e.g. if you activate "fortitude" in the basic branch, a small circle allows you to use a mutagen of similar effect. Definitely something that should have been explained in more detail.

Not the answer you're looking for? Browse other questions tagged the-witcher-2 .

29
What are the consequences of accepting unknown substances from strange men?
22
Which abilities contain mutagen slots?

8
How are abilities unlocked in the Witcher 2?
28
How do I defeat the Kayran in the first chapter of the Witcher 2?
12
Are mutagens permanent?
29
What are the consequences of accepting unknown substances from strange men?
3
Can you combine mutagens in The Witcher 2?
5
How does adrenaline generation for the heliotrope sign work?
8
Is there any reason to use another weapon and not a steel sword
3
What new quests are available with the Dark difficulty level?
2
How do you find things in general in The Witcher 2, like alt key in the prequel?