What are forge cores in Clicker Heroes?

Today's update introduced Relics, which are items, of which one can drop per ascension after level 99.

I noticed on the overview page, that there is now also something called "Forge Cores". What are they, how do I get them and what do I do with them? 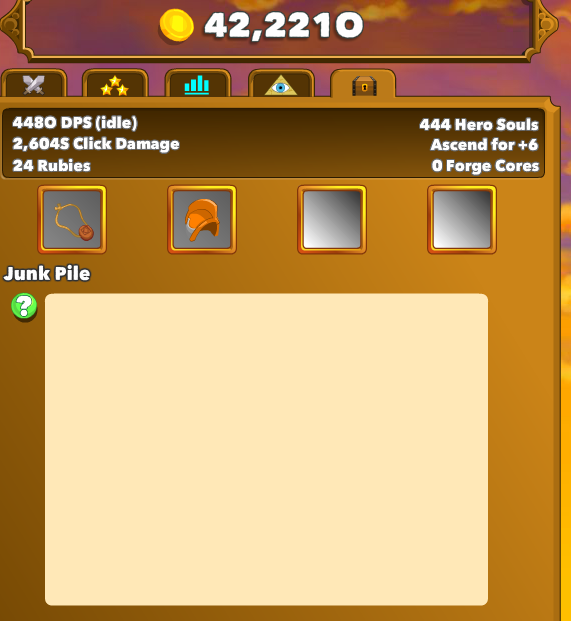 Currently, they do nothing. In the future they will be used to upgrade relics. You get them by salvaging relics.

What do Forge Cores do?

As of v0.19, Forge Cores does absolutely nothing. Fragsworth (ClickerHeroes dev) has vaguely mentioned that "forge cores will be used to upgrade items". By items, it's safe to assume he means relics. As far as the scope of what Forge Cores will be capable of, only time will tell when it's implemented. Right now it's just all speculations. How do I get Forge Cores?

You can obtain Forge Cores when you salvage a relic. The amount of Forge Cores a relic is worth depends on the rarity as well as the level of it. However, the value of a relic seems to leans towards the level of it more, rather than the actual rarity. As an example, a level 50 common relic will give more forge cores than a level 40 rare relic.

Forge cores don't do anything yet. They'll be used later to upgrade your items.

They'll supposedly be used to upgrade relics in the near future, but for now they do absolutely nothing.

You get them by salvaging relics in your junk pile (i.e. "deleting" them). I think the rarer the relic, the more forge cores you get.

anonymousanonymous
10133 bronze badges
add a comment  |
Highly active question. Earn 10 reputation in order to answer this question. The reputation requirement helps protect this question from spam and non-answer activity.
Screenshot of the Week

3
What are the odds of finding a chest?
2
Which kind of relics can be found?
5
What does the Bee symbolise?
3
Is there a chance of getting silver coins without the relic?
3
Calculating Hero Cost to buy up to a certain level
1
Clicker Heroes Ruby chance?
1
Where's the multiplayer in Clicker Heroes mobile?
1
Clans, Immortals… Is there a manual for this stuff?
2
Clicker Hero Problem With Ascending
0
Which factors influence the gold gained from mercenary quests?