How can the marines take their helmets off on Char?

Before landing on Char, General Warfield says that Char has "an atmosphere that will burn a man alive;" however, during the cinematics, the marines are shown without their helmets and there doesn't appear to be any sort of shielding on their platform. How is this possible? 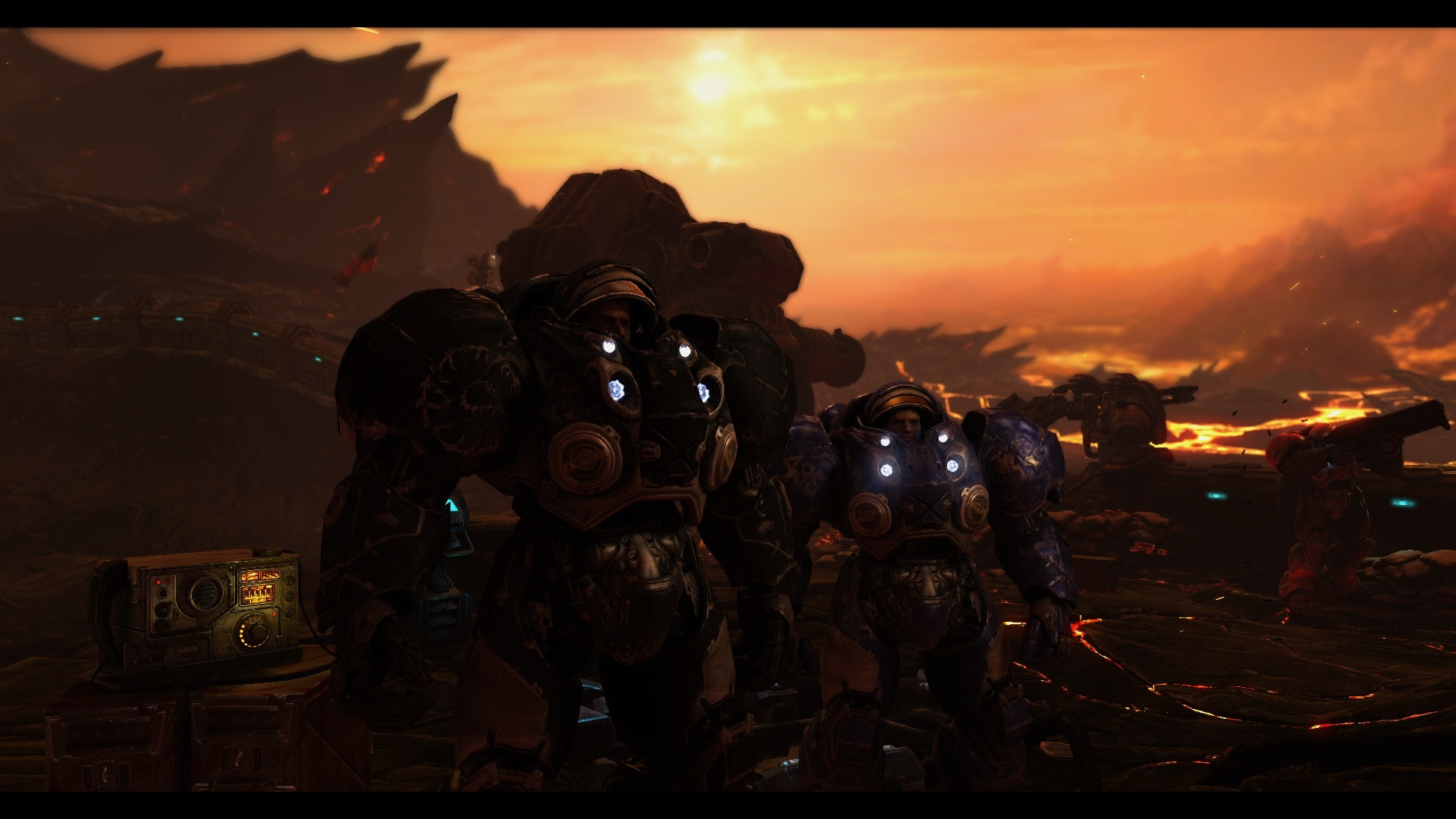 While there is no reason given in the story we can make guesses.

Just because the "atmosphere will burn a man alive" doesn't mean it's crazy hot. It could just mean ~100-200 degrees Celsius.

While that sort of temperature is lethal the marines haven't taken their suits off nor their helmets, they've only opened the visor. Now we assume that there is cooling incorporated into the suit. While the efficiency will certainly go down with the visor open it doesn't necessarily mean that the person would burn especially since we don't know how hot that planet actually is.

So the atmosphere is hot, but their suits are working hard to compensate and will also probably be blowing nice cool air into their faces, which if I recall my physics lessons correctly would cause a pressure difference which prevents the hotter outside air from getting in.

It's also likely that the suits would be able to gather power from the heat around them so it may not even drain the suits power reserves.

I don't think that in this scenario it is very unrealistic to have their visors up, I doubt that it would cause discomfort let alone burn them alive. Those suits have far superior technology in them to anything we have currently so it's impossible to guess what it has to keep them alive and comfortable in extreme conditions.

Ender is right - there is no in-game reason for this. This is just the rule of cool. Extremely hostile environments are cool - only real heroes may prevail there. Speaking to each other from behind closed helmets is uncool - the player can't see character's dramatic expressions.
Conflict? No, why? :-)

See also: how a normal human (not the ripped Tychus) can fit into a CNC, why does Raynor have two revolvers - a human-sized and a CNC-sized one, etc. etc.

It's just that the story of SC2 is not exactly thoroughly written, we all have to deal with it.

7
Can protoss counter mass marines in the open?
9
How do I stop banelings from wiping out my marines?
3
How do I harass Protoss with Terran before Stimpack is researched?
7
How do you stim Marines while also controlling a Raven?
10
How to deal with 2v2 rushes?
8
How many Terran Marines can a Protoss Zealot take on in Starcraft 2?
16
What is an effective counter to late-game Protoss balls in TvP?
1
Starcraft StarJewel how to spawn more marines?
5
How to book many marines quickly
1
Why so little reaper cheese in top-tier SC2 games?