I have started having mobs spawn in different biomes then they are supposed to be.Harpies are also spawning close to the ground and Crimson mobs are spawning in the jungle. 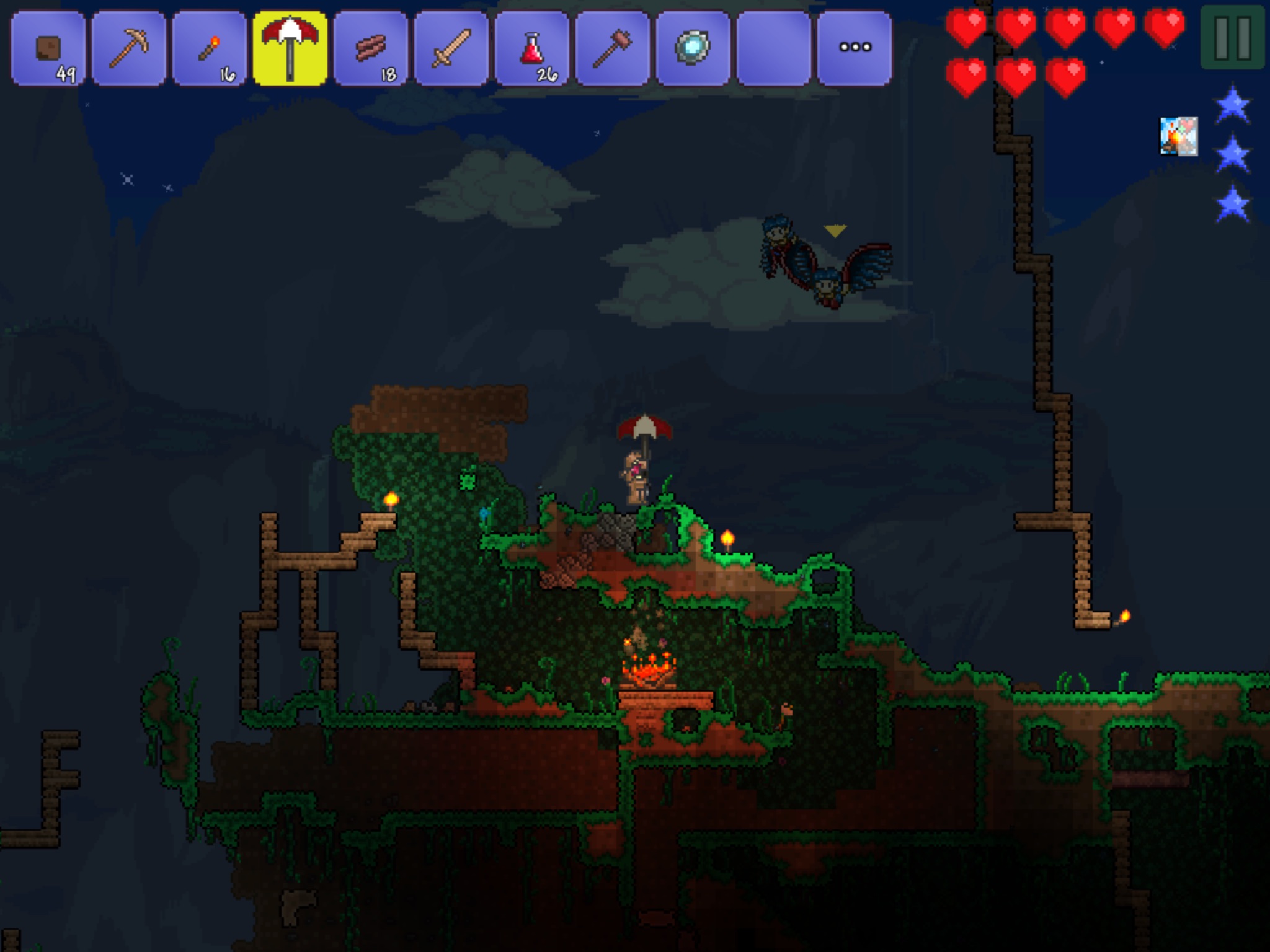 Well, it looks from that screenshot - with the wooden block staircase - a lot like you were just trying to climb into the upper altitudes. If that's the case, the harpies would have spawned while you were up there, and simply followed you down from their usual haunts.

Something similar probably happened with the Crimson too, unless you have other info. Biomes aren't walled gardens, and not every creature is easily left behind.

Not the answer you're looking for? Browse other questions tagged terraria-mobile or ask your own question.

1
sharing Terraria-savegame on different mobile devices
2
How rare are gold coins?
0
Goblin Battle Standard doesn't summon the goblin army
1
Will the Chaos Elemental spawn above ground
1
What are the minimal requirement for building non-enemy spawnable regions?