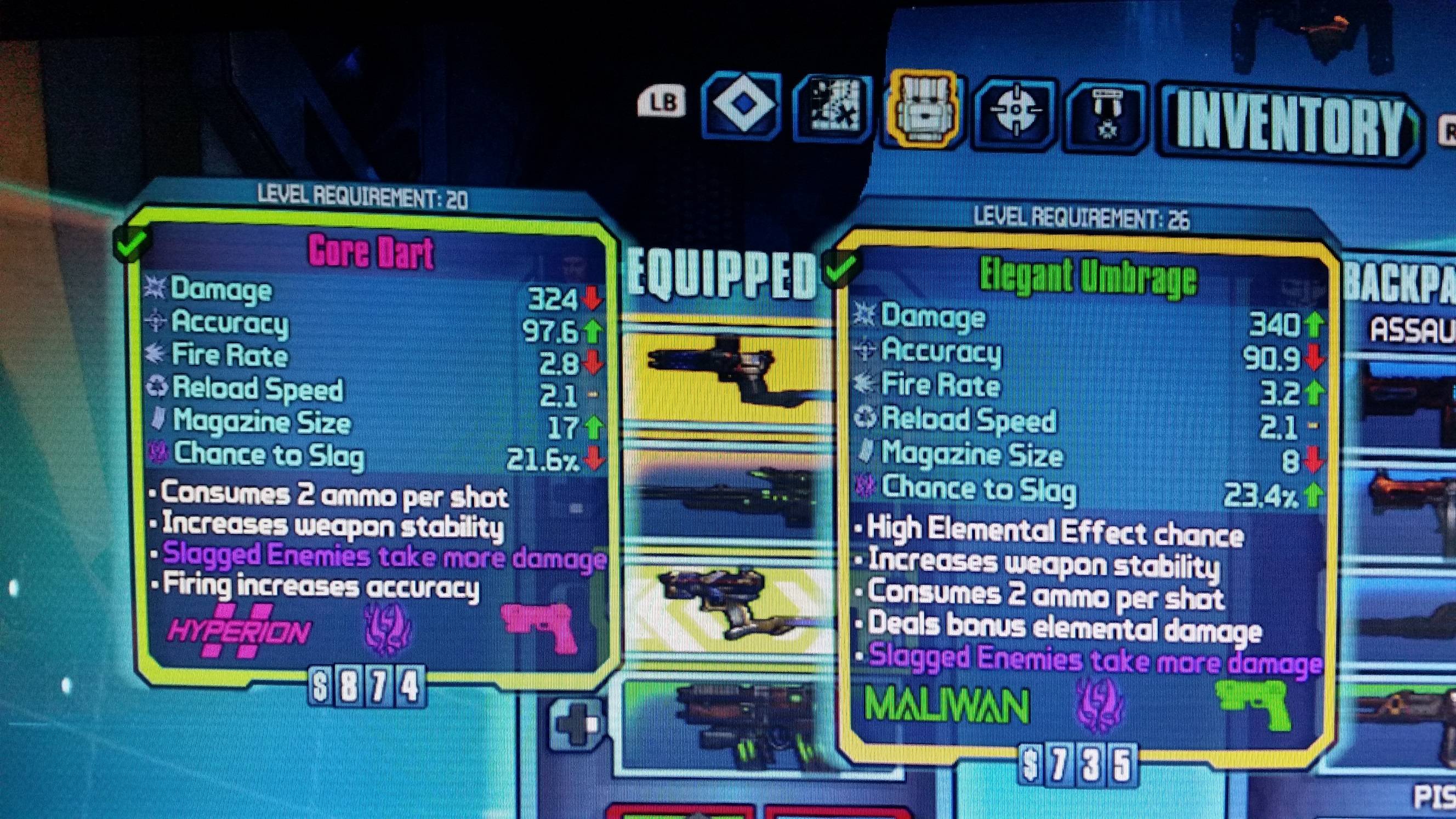 4
How does "Bonus Elemental Damage" work?

7
How does experience work in co-op?
2
How exactly does Elemental Resist work?
5
Do Seraph weapons "power up" and how?
23
What factors determine enemy levels or: How do enemy levels scale to the player character's?
5
What are the "diminishing returns" for phaselocking the same enemy?
8
Why do elemental DOT effects sometimes deal 1 damage each hit?
3
Can a Siren's elemental weapons trigger a heal over time effect?
2
Do non-proc-shots fired by elemental weapons still carry the weapon's element?
3
What aspects of Vault Hunters scale with Overpower Levels?