How do I evade and fall back from the Cloudburst Tank?

I've tried half a dozen times, but I can only destroy three of the four coolant targets on the Cloudburst Tank. As soon as I destroy one, I run for my life, but the tank is always right behind me! Eventually I lose it, but it takes so long, it has chewed up a bunch of the Batmobile's armor, and the chase ends in the slow-mo, fiery death of the Batmobile.

How can I evade and fall back quickly after attacking the Cloudburst Tank?

Here's a strategy I've used to defeat the Cloudburst Tank with relative ease. This strategy requires an upgrade though: Cobra Lure.

First things first, destroy all Cobra Drones first. You want to make sure you eliminate all obstacles so they don't get in the way.

Next, do your best to lure the Cloudburst Tank into the canal. The goal here is to prevent it from being able to chase you down since that's one of its bigger (and scarier) strengths. It will have a hard time navigating in and out of the canals so try to keep yourself and the Cloudburst separated.

I don't have a save where I can revisit the battle but this is the area in the canals that you will want to lure it: 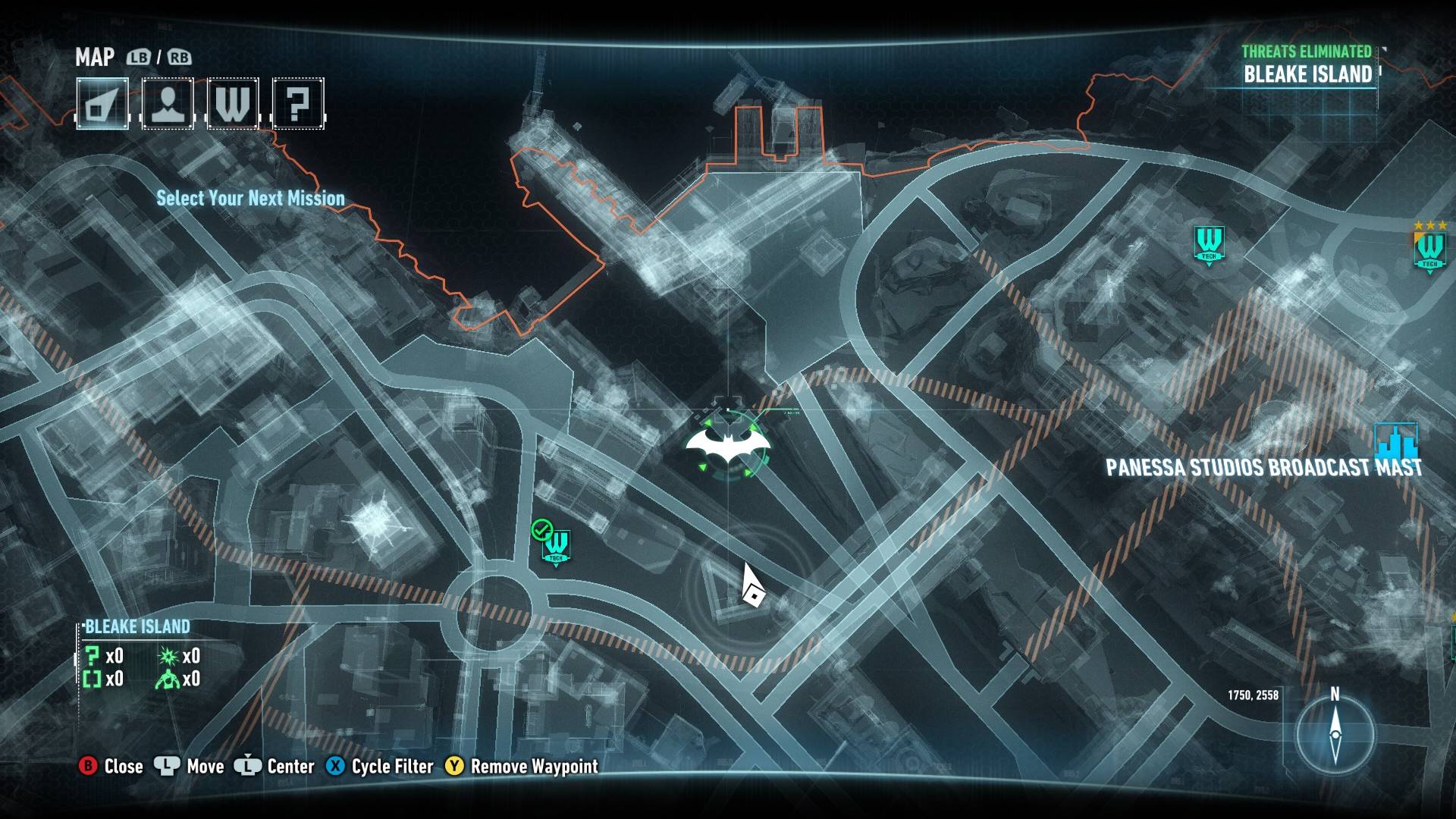 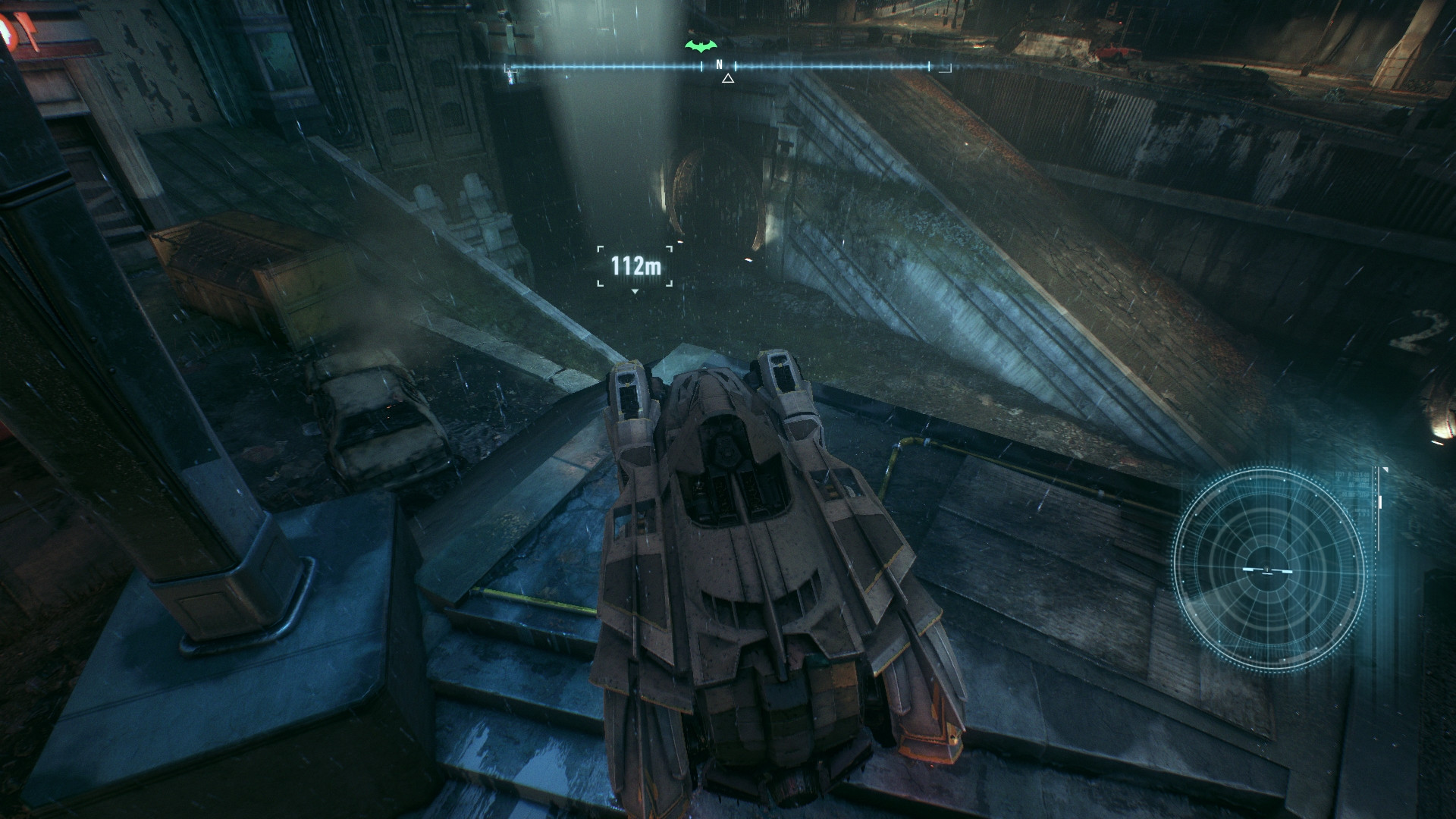 Use your lure by shooting in at the ground or walls around the tank in the direction you want it to go.

Once you get it down there, position yourself overlooking the area on the southern side of the canal. There should be some cars and a small set of stairs there (as pictured in the second screenshot).

Then let em have it shooting at the weak spot one shot at a time. Once you shoot it, it will immediately try to go after you. Once it does, start shooting at the ground at the corner to lure it back. You'll never have to worry about outrunning it again.

Take care and avoid any shots it may take at you. Missiles will never go high enough and will always hit the side of the canal, but it's electrical blasts can still get you.

Just repeat the process until you eventually defeat it.

If you have not gotten the Cobra Lure, you'll have a tougher time but the strategy is still pretty much the same. Try to keep the fights around the canals, and stay away from open streets.

That corner is a good safe spot do to this as you'll have additional ways into the canal. You can go down the ramp or just fall into it.

It's possible to take down the CloudBurst tank without Cobra Lure or even using the canals, provided you are quick to transform back to car mode and sprint out of there, and know the map well enough to not get caught in dead ends. The usual tricks apply - shoot from near a corner, duck back behind it to lose initial LOS, transform, and book it; remember to use your "side jets" to dodge any crosshairs if necessary.

Not the answer you're looking for? Browse other questions tagged batman-arkham-knight or ask your own question.

0
How do I meet Oracle at the clock tower?
4
How do I get a blood sample from the Manbat?
3
How can I re-read the Riddler's riddles?
1
How do I unlock the Tower Defense AR challenge?
7
How am I supposed to know what order to hit the generators for this riddle?
3
How do I get past the drones in the sewers?
3
How can I deal with areas filled with turrets that are unaccessible to the batmobile?
3
How do I disable the second fan?
3
How do I take down vehicles without using the Batmobile?