What is this Asura gate for?

As today's daily happened to be in Straits of Devastation I was busy doing some exploring to get my map completion when I came across a small circular tunnel hidden behind some vines. There was no enemies in the loop, but there was what looked like an Asura gate.

Does anyone have any idea what this gate is for? Is it for a specific event, or just a left-over in the map? 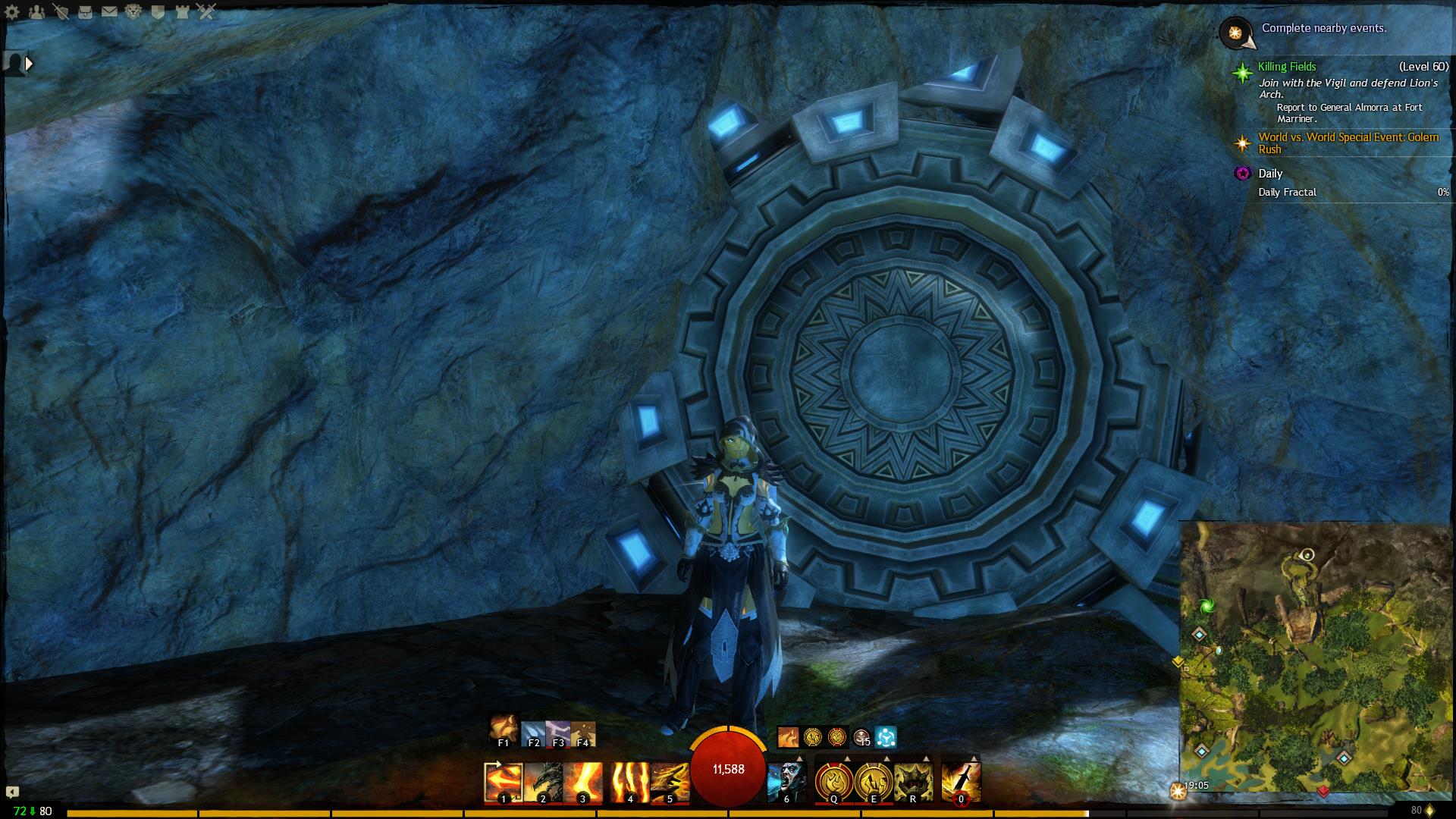 According to the wiki page for Bramble Pass:

Just to the north of Crusader Morgan, there's a hidden cave with a sealed door. Players presume this to be the entrance to the Bloodstone Caves. The cave entrance is hidden by vines.

However, the positioning of this door doesn't quite match up to GW1's Bloodstone Caves. This doesn't preclude the possibility, since some things have moved a bit between GW1's map and GW2's, but it doesn't seem to be a certainty.

Players have looked inside via glitches and there's just an empty cave. So it looks like a possible hook for future content, but doesn't seem to have any purpose right now (aside from adding a little extra mystery to Tyria).