What does the train symbol represent in the Snowplow map?

I have been playing Team Fortress 2 for two weeks, and I often play the new map "Snowplow". At the bottom of the HUD, there is a train, which holds values from 10...100. It counts down during game play, but does not represent the progress of the train, itself.

Whats does this symbol mean? 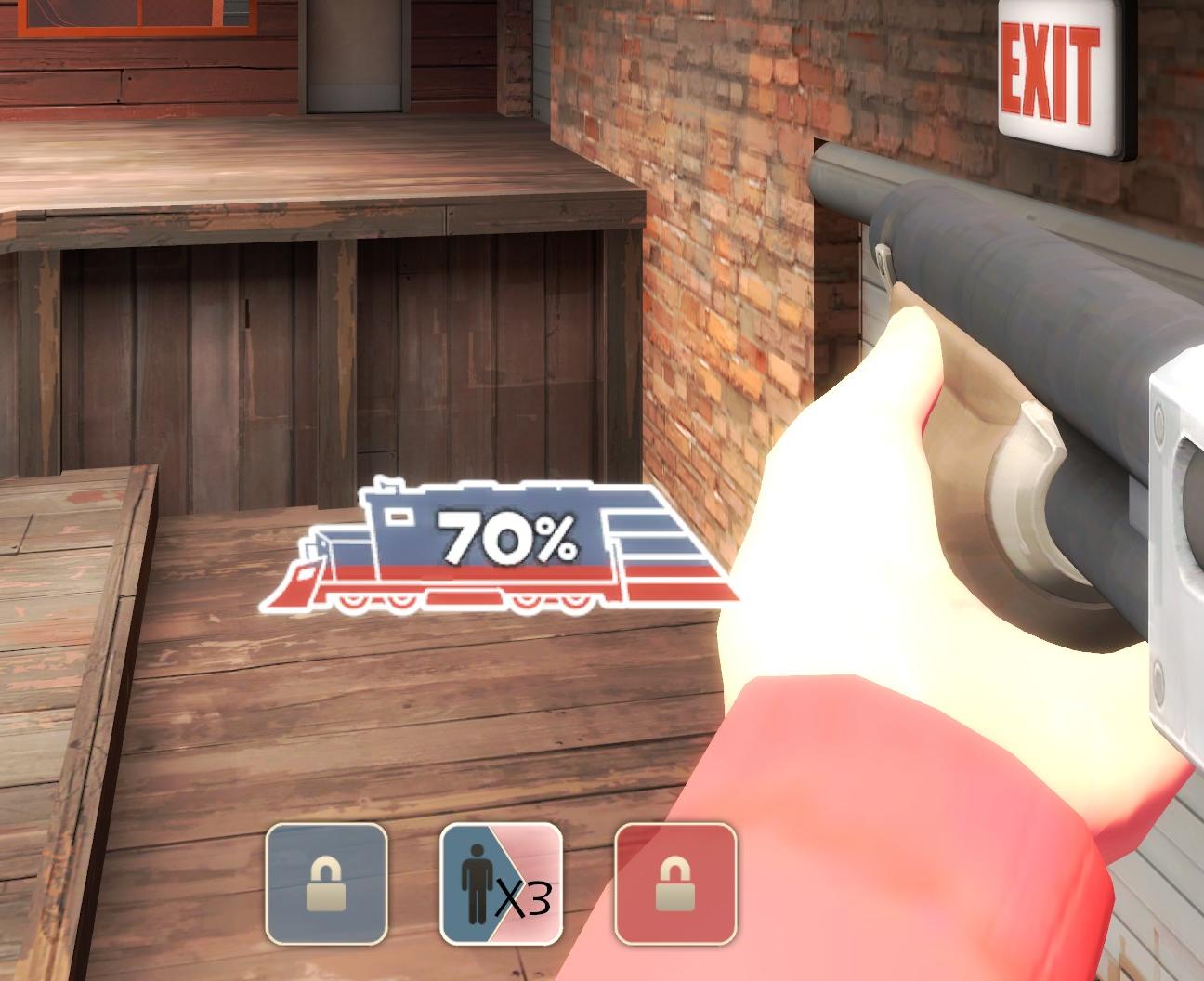 You are looking at the train indicator, an element unique to the map "Snowplow".

Snowplow is an Attack/Defense map which was intended to be released alongside the End of the Line Update, but wasn't included, as Valve deemed it "too confusing and challenging for new players"

The train symbol is an indicator to the trains current health.

If you are on the BLU team, you are on the offensive. Your objective is to get the train into the enemies base. By capturing control points, you will remove obstacles placed on the track, and move the train closer to the RED base.

If you are on the RED team, you are on the defensive. Your objective is to prevent the train from getting into your base, by preventing the BLU team from capturing the control points along the line.

If you find the map to be confusing, this is likely expected. As the quote reads, the map was held back; The main reason being that it was not "newbie friendly". That said, these sort of things grow on you, with experience.

You will find a more in-depth analysis of the map here, along with a better explanation of the game rules - including a run down of all the control point locations, and the multiplier conditions for adding time on capture.

That's what the overall effect is. Here's how it comes about; the “lore”, if you will:

Thus, we effectively have a round timer of 340 seconds (plus train travel time), and BLU gains another 34 seconds when it captures a point if the health/timer is not already at max.

8
What does the "Enable Glow Effect" checkbox do?
5
What does the "Eliminating The Impossible" item set really do (if it does anything at all)?
15
What do these numbers represent in trading?
9
How to capture the last point in Junction?
1
What does the Mann Co. Painting Set do?
4
What map was used for the Mann vs. Machine trailer?
1
What Does the Jump Key Do in Bumper Cars?
6
What does TF2 coaching involve?
1
How do I make the train go forward and take damage in Snowplow?