I've built a small rover in KSP. I launched it, landed on the Mun and literally pushed it off the top of my lander.

However, the outcome is seriously disappointing. Even at the maximum rated speed of the wheels, it would take like, half an hour to get to the closest nearby biome. Excluding the probability of destruction at that speed (I did go to 55m/s coming down a crater) it still takes a very long time, and going up a crater is pretty awful- barely 5m/s. Was I supposed to bring a rocket to move this thing along or something?

Bottom line, how can I feasibly explore even just the Mun in a rover? The time required to get anywhere is just so long, I don't see how it can work. 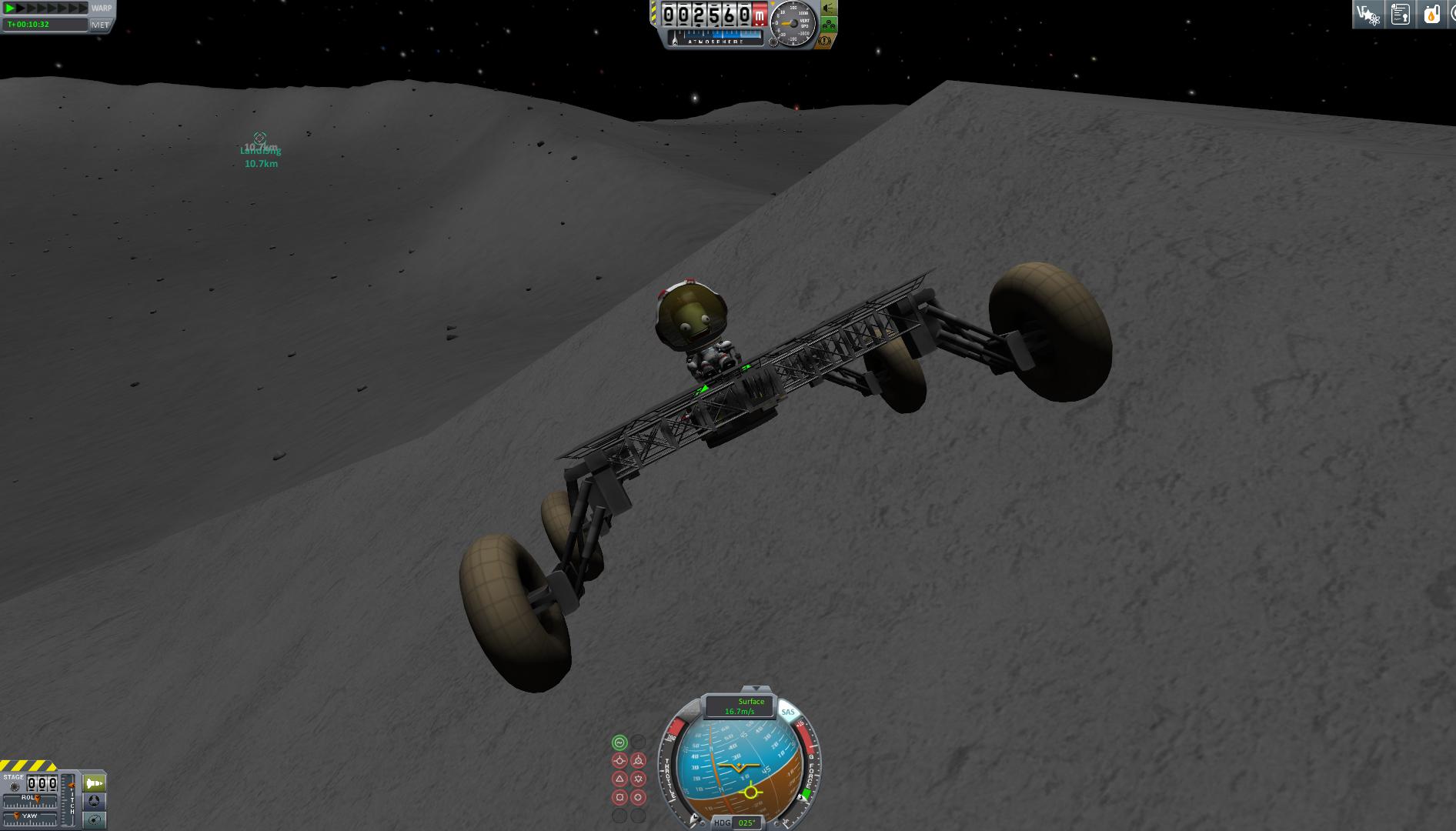 I covered the distance from the crater back to the lander in considerably less time with the Kerbal jetpack.

Rover aren't technically speaking the most time-efficient way to explore a planet. 100km is longest trip i did, and it was insanely long. What's more, as you probably noticed, the risk of accident is still always high even if you are travelling at low speed with a well designed vehicle. I may be wrong, but i doubt anyone sane ever succesfully explored the whole Mun with a rover. That would take dozens of hours. 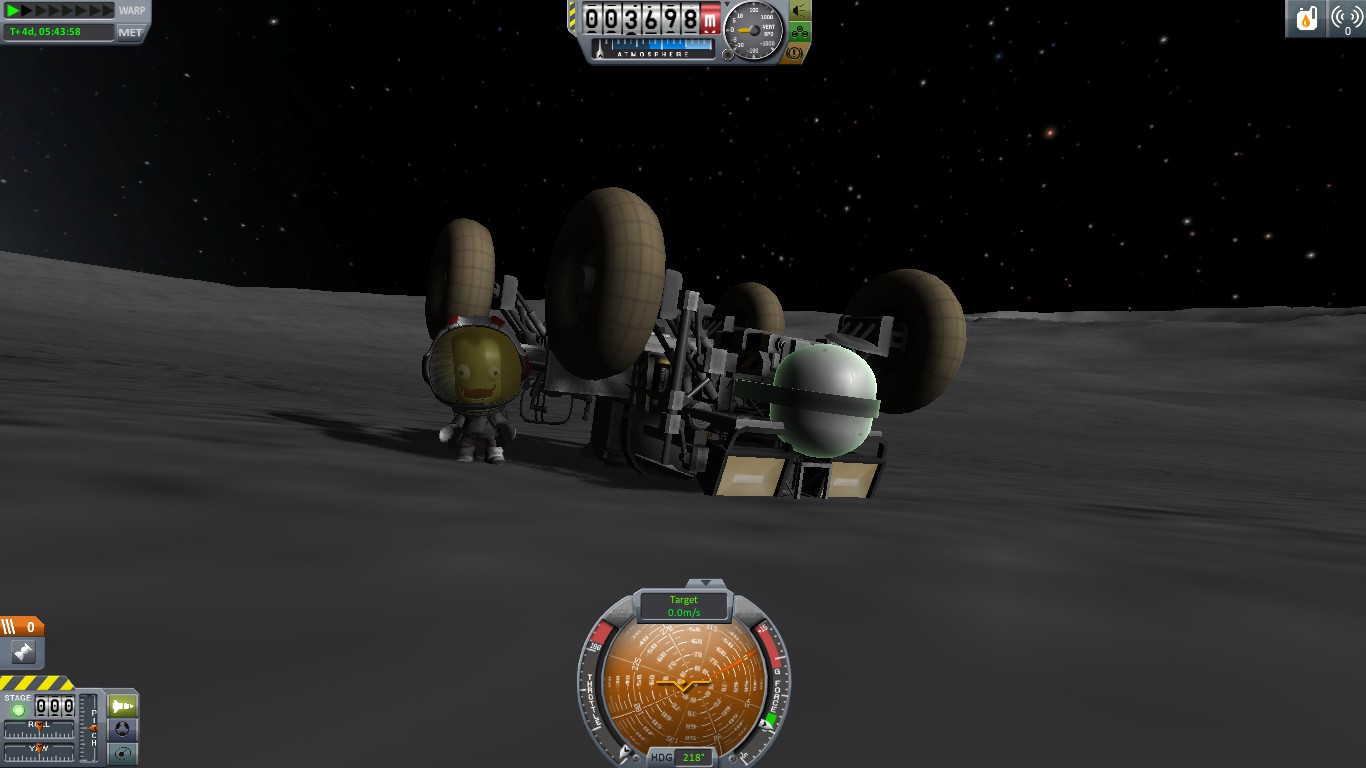 The best way to explore biomes is to use a vehicle that Kerbal Space Program players commonly call a hopper. A hopper is in fact a simple lander with enough fuel to hop around a planet fitted with science collecting devices. If you have a bit of piloting skills, it is a really safer (and faster) option, though it does cost fuel.

Of course, if the target planet has a dense atmosphere allowing jet engine use, such as Laythe, then you'll probably want to use an airplane. For small planets, with low gravity such as the Mun, using a liquid fuel engine powered vehicle is the only option.

Hopping around a planet : 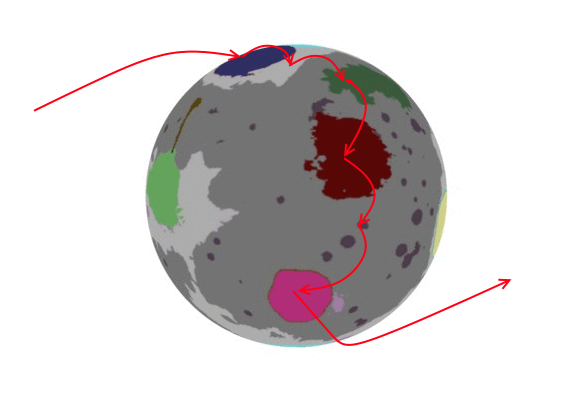 As a reference, here is a wiki article about Hopping around celestial bodies that provides a bit more insight about Hopping vehicles design and strategies.

So why rovers even exists if they are useless for exploration ?

Rovers are a nice gimmick, but unfortunately they are kind of useless from a gameplay perspective. Even the smallest moons are still far too large to circumvent by rover.

There is just one kind of mission where they are sometimes useful, and that are "Perform [experiments] on [planet] near [waypoint]" missions where all the waypoints are on the ground and very close to each other. Such missions can sometimes be done easier and cheaper with a rover than with a hopper. This seismic scan mission, for example, might be a candidate for an unmanned rover: 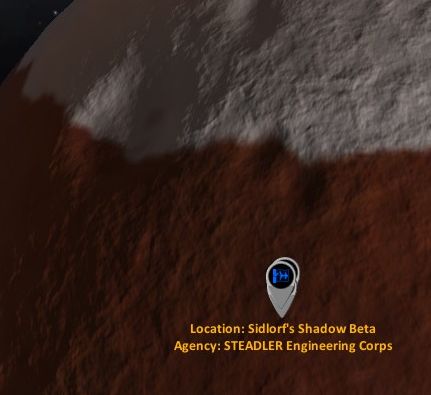 I don't know if you have done this. If you want to use a rover you could time warp and the rover will go 4 times as fast. The risk for accidents will be higher, but you can quicksave.

If you want to explore a planet fast a rover is not the best way. There are other ways that other people have described.

Das Valdez experimented a few days ago on his Twitch stream with a rocket powered rover.
While he did get up to over 100 m/s on the Mun, it was rather hilarious mostly because of the total lack of control at anything approaching those speeds (and thus the regular crashes and explosions).

I've myself created rovers that worked nicely at up to about 15 m/s, but higher than that and it's almost certain that you'll quickly lose control, flip, and either end up with a rover that's stranded on its back or explodes into its component parts.

Why use a rover at all then? Well, it's fun to putter around. And when searching for mining sites they can work well with the narrow band scanners. They can also be a good way to deploy mining drills. Create a surface base in a flat area near some slopes with high ore content, use rovers to drill for ore on the slopes and cart it back to the base where you dock with a craft that launches it into orbit to an orbital refinery (KIS and KAS can help here, docking rovers isn't the easiest thing).