Why is my house on fire?

Notch has changed the way fire behaves. It appears that previously unreachable blocks are now in danger of being set on fire! In particular, those that have no direct contact with the fire block itself: 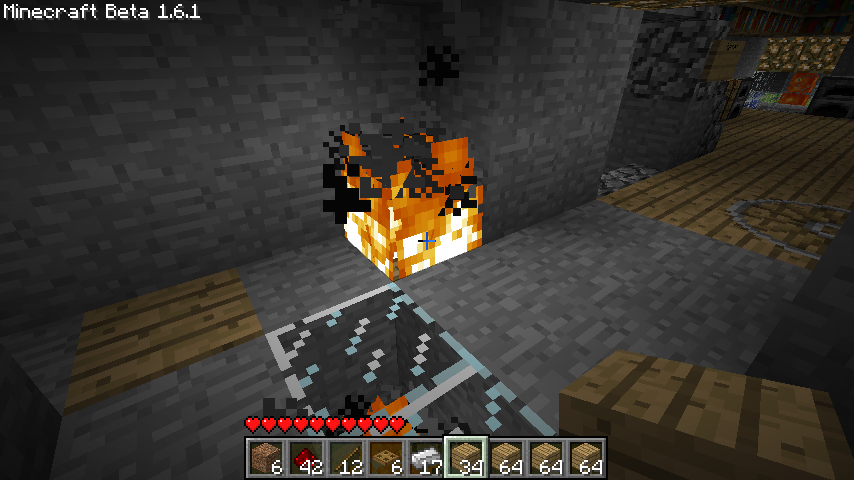 In this image, the firey block is surrounded by stone on all sides (other than the top), yet is still being ignited by the fire (note: not lava!) below the floor.

What are the new conditions that a block can be set on fire?

The rules of how far fire spreads did not change in 1.6, only how fast. The best guide on fire that I've seen is NZPhoenix's:

This thread is currently a basic introduction on the physics of fire in Minecraft. To understand how fire works and spreads, it is important to understand that fire itself is a block. When fire spreads, it doesn't actually spread to a flammable block. Instead, it spreads to an air block next to a flammable block. Only certain air blocks are in range of any given flame, and I call these Flammable Air Blocks(FABs).

Fire has an area of Flammable Air Blocks(FABs) to which it can spread. The pattern of FABs is 3x3x6. Fire can spread twice as far vertically as it can horizontally.

As stated later on:

Sadly, fire cannot simply be encased to make it safe, the way lava can be.

The only way to prevent fire from spreading to something is to have all air blocks adjacent it to be out of range of the fire. If you can't, then you have to put another block there. (Another flammable block will do, but you have to block all of it's air spaces too.)

Edit: As for why it suddenly spread now, when it's slower, when it didn't in any prior version, is because shortly after a fire is created, it's ability to spread disappears, even if the fire doesn't. Most people don't notice this because the fire goes out soon anyway, but contrary to rumor, Netherrack can spread fire too, just not for long, and by the time people put flammable stuff by it, its chance is over.

What most likely happened is that, with the newest update, this spreading timer was reset because of the changes that Notch made, and your blocks either weren't there when the fire was started or just didn't catch fire by chance.

5
Why is the Gold on Fire?
19
Why is my floor on fire?
3
Why do turtles and snakes love my marble brick house?
1
Why does my rapid fire TNT cannon always explode?
4
Minecraft Fire Place
2
Why are Endermen walking around my house at day?