Try pressing "O" when in your inventory (NOTE - It doesn't show when in creative inventory) Also, do you get a "..." button in the top right of containers (when opened)?

NEI is meant to be a survival mod (technically cheating) but can be accessed by pressing "O" in the survival inventory. From there, you can press/hold shift to get an infinite stack of whatever (as long as you open your inventory before 128 is gone). To change these, you must go to the "mods" section of the options screen. You can mess around with all the mods you have installed to minecraft. You select "Not Enough Items" and go from there

First and foremost, if you use NEI you need to also have the mod CodeChickenCore to be able to run NEI. After you've put both of them in the mods folder and started a minecraft world, if you're in creative you cannot access it unless you press the chest tab on the bottom right(as seen in image). This tab is almost like your inventory will look like in Survival Mode, except id doesn't have the crafting grid. Once you've opened that tab you should be able to see NEI. If you're in survival, then the NEI will be shown. If it doesn't show in survival, try pressing the "O".

(NOTE:the image is from Vanilla minecraft so there isn't an Options tab there. Once you have both of the mods in the mods folder it will show it though.) 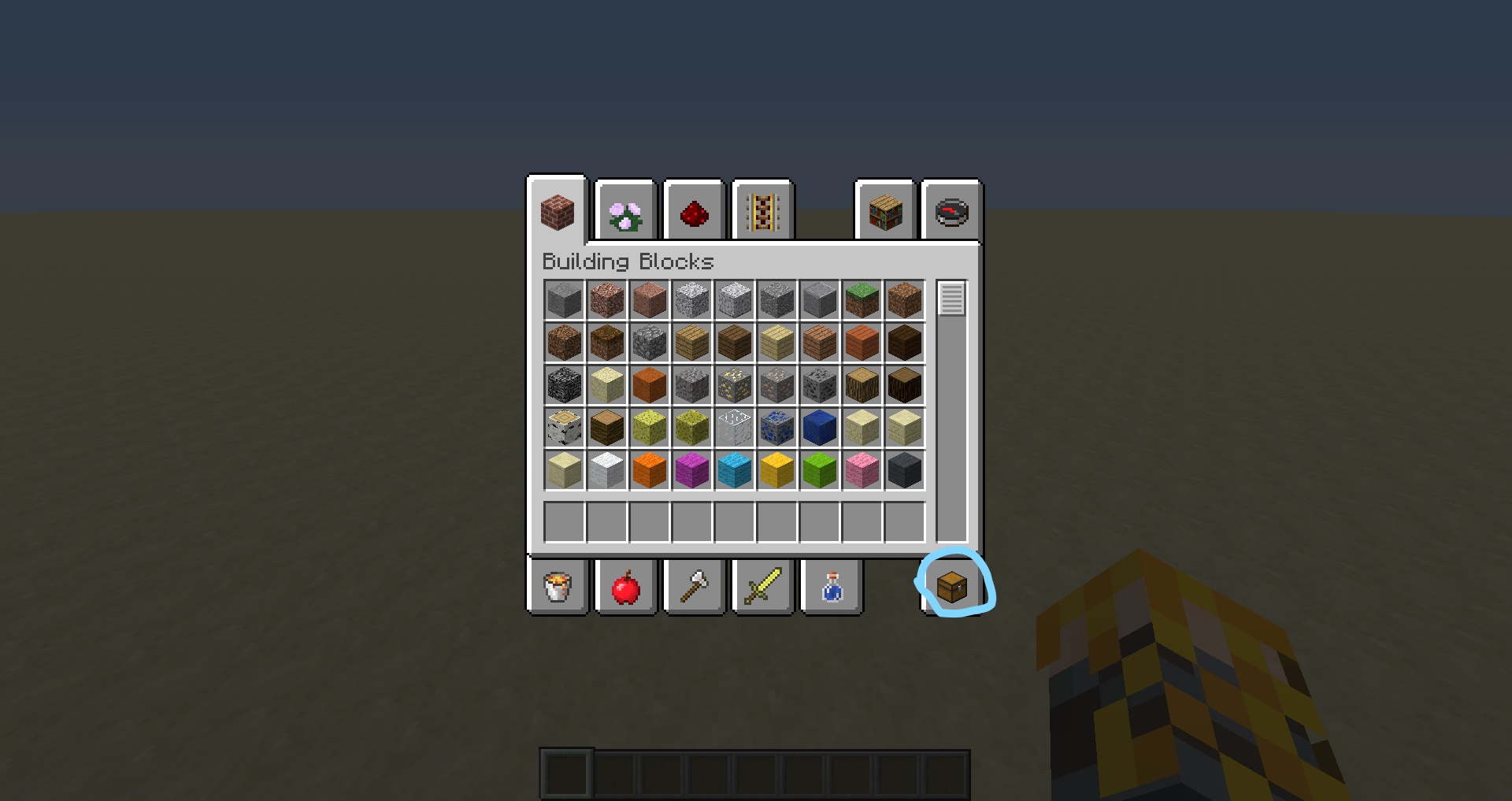 Pressing O should work. If not, go into options\video settings and make sure the key under NEI is bound.

5
How do I change NEI to cheat mode?
1
I can't craft anything with Industrialcraft
0
How to set up a Minecraft profile specifically for NEI?
0
Where do I find the NEI configuration file?
1
Why can't I access the 'not enough items' tab?
0
Console Log of Loading NEI Save Files
1
Not Enough Items doesn't have an options button
1
Minecraft Not Enough Items problem