Satellite exploding while in transfer orbit

I've accepted a contract to launch a satellite into polar orbit. I've done this before and things went totally smoothly, whereas now when I'm doing another contract like this I've stumbled upon a weird issue where my probe with last stage rocket explodes at a certain point in a transfer orbit before I execute the final burn to achieve circular polar orbit.

What could be the reason? The only thing that comes to my mind is rocket's overheating, but is it dangerous in space? Where can I see my crafts temperature (heat gauges don't indicate trouble)? And if that's the case, why it didn't happen the previous time?

I've clarified that the game says its due to overheating, but from my observation its happening instantly at the Apoapse, no gradual heating up of the rocket.
Here's a picture of my craft - it's a typical Scott Manley recoverable satellite - the only invisible parts are MechJab on the back and Heat Shield under Science Jr: 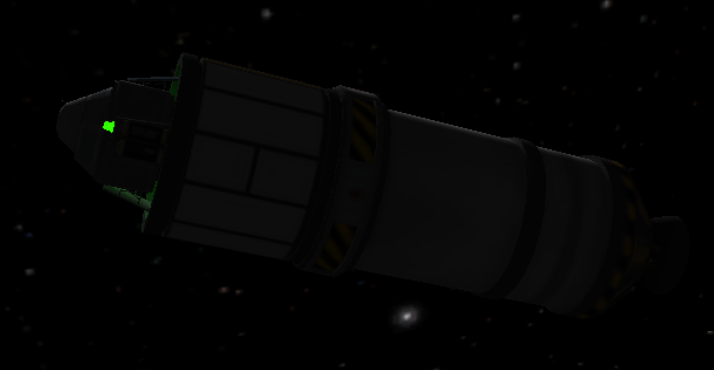 Thanks to input from @Kevin and @Tobel this issue was narrowed down to blowing up due overheating due (most likely) a bug of extreme overheating while passing over the poles as discussed on the official forums.

The solution in my case was to slightly alter the plane of the orbit - a minor Normal burn ~10m/s a while before reaching the Apoapse. Also it's worth noting that changing the size with slight Prograde burns didn't help.