Landing at Kerbin without a chute

Are there any sneaky tricks for surviving a landing on Kerbin without parachutes? Or am I going to need to launch a rescue mission?

In terms of the power of my craft, I'm orbiting Duna with 2kdv (considering hitting Ike on the way back), vessel mass 5.4T total with a 909 engine. 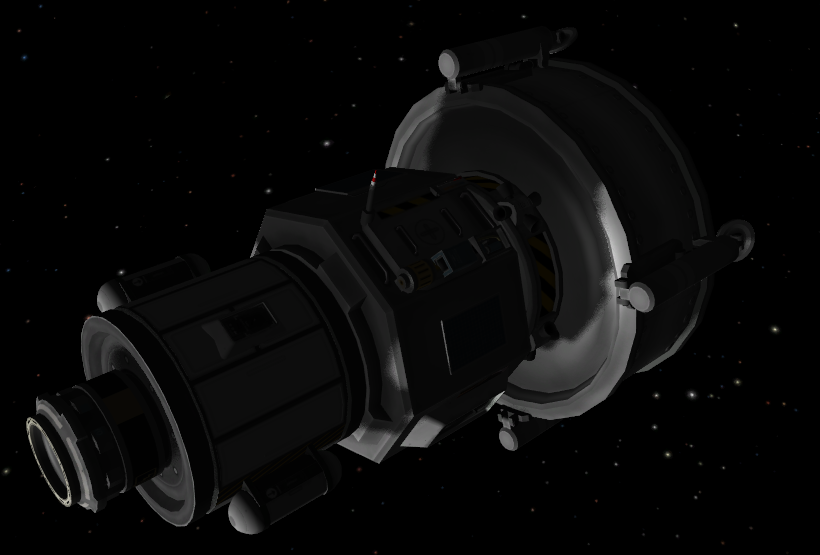 In this particular situation, i'd suggest sending a rescue mission.

Your engine (LV-909) wouldn't be powerful enough to make a powered landing on Kerbin. It's isp is terrible in atmosphere, and it's thrust would plummit. You might be able to get away with using the fuel tank/landing leg assembly as a crumple zone, using RCS to possibly slow you down a bit more, but it's a long shot, and if you hit water instead of land, your entire craft will be destroyed at once, as opposed to using the landing assembly to slow you down. (And as an additional complication, the landing assembly may explode on reentry!) If the engine was stronger, then this would be a viable option.

Since you have a good amount of fuel left, you should send the craft to Kerbin, aerobraking to save fuel if you think the craft can handle the heat (quicksaving is your friend, if enabled!) and put it in a low orbit. From there, you can send an engineer to rendezvous in a bare-bones "get to orbit and back again" ship to repack the parachutes. Once the parachutes are repacked, simply reenter with your craft as normal.

But what if you're crazy and a rescue ship sounds "too reasonable"?

As an absolutely last-ditch resort, you can perform the following maneuver: Go down to Kerbin as though you HAD parachutes (over land), then, when you've gone past the stage of reentry where the heat is highest, EVA your crew. if you're lucky, your kerbal can survive hitting the ground. Kerbals actually have higher impact tolerance than most parts, so this is surprisingly effective. Here's a video of it in action. Note that video was before re-entry heat, so you'll probably have to EVA later. And according to this reddit post, this still works in 1.0.X. Of course, this means forfeiting any science not transmitted.

If you have enough delta-v and powerful enough engines, you can land on kerbin using thrust to slow your descent to the ground. If you don't think so, I think a better solution would be to mount a rescue mission including an engineer to repack your chutes. I've tried firing landers up into high kerbin atmosphere and trying to land without chutes. It's possible, but it's extremely difficult. If you don't have SAS, it's even more so difficult.

I suggest you to send a small unmanned ship that you will connect to your Duna lander through the Clamp-O-Tron Docking Port. It should be cheaper and less heavy than a manned module for the engineer.

You will need at least one unmanned command module, a docking port, 2 chutes and a RCS system (thrusters and a tank) to perform the orbital rendez-vous. Then you'll need to launch this part with a rocket but since you went to Duna you already know how to do this.

4
Kerbin Stationary Orbit
0
KSP Lag when above Kerbin
12
Can you land an asteroid?
13
How can I calculate the right number/types of parachutes for my craft?
6
What causes Kerbals to become brain dead debris?
3
Testing an Eve launcher on Kerbin
10
How can I navigate on Kerbin?
1
How to achieve Kerbin orbit without using maneuver nodes?
4
Why are parachutes so useless?
2
Can't send science back to Kerbin