Setting up multiple old consoles to run through AV Switcher

I'm attempting to set up some older consoles to run into my PC monitor. The monitor is a 2 year old ASUS with HDMI, DVI, and VGA inputs. The consoles are NES, PS2, N64 and Gamecube.

Right now I have the consoles running into an AV Switcher via their own RCA cables. The Switcher only outputs RCA or S-Video, so I bought a component (5 cords) to HDMI (female) converter, then a short HDMI (male-male) to get to the monitor. RadioShack Man said to just use the green component cable in the yellow RCA output of the switcher, which from what I read elsewhere should work.

All this and nothing outputs from any console. I know the PS2, N64, and HDMI input work (Chromecast works great in the same port), so I'm thinking it must be either the switcher is bad or something about the switcher-to-component-to-HDMI isn't kosher.

Can anyone shed some light?

Component (5 cables- Red Green Blue /Red(sometimes white with red stripe) White) and Composite (Yellow Red White) are not compatible. Radio Shack people are famous for not having a clue but pretending to. You may get a signal on some devices, but it likely wouldn't be a usable one. 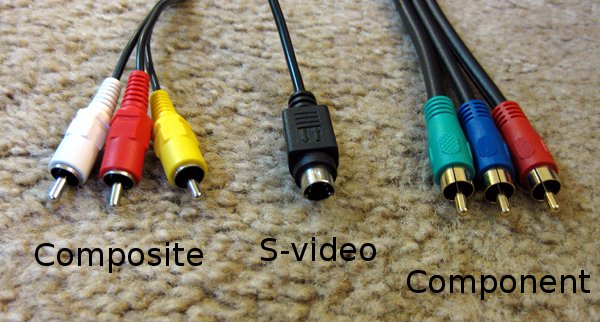 For Composite, the Red and White are left and right audio (stereo), and the yellow is video. For Component, the red and white (again, the red and white are usually labelled/patterned differently to denote they are audio) are the left/right audio, and the red/green/blue are the three color channels for video. IF you plugged in green, and got a signal, you'd only be getting the green color channel, which I would think would be unplayable. You can get component->composite converters, or you can get a composite cable directly. For reference, RCA is the same as composite (red/white/yellow).

Below is an example of what I mean for the component cable that differentiates the red(audio) from the red(video). Note the difference in color pattern for the two reds. 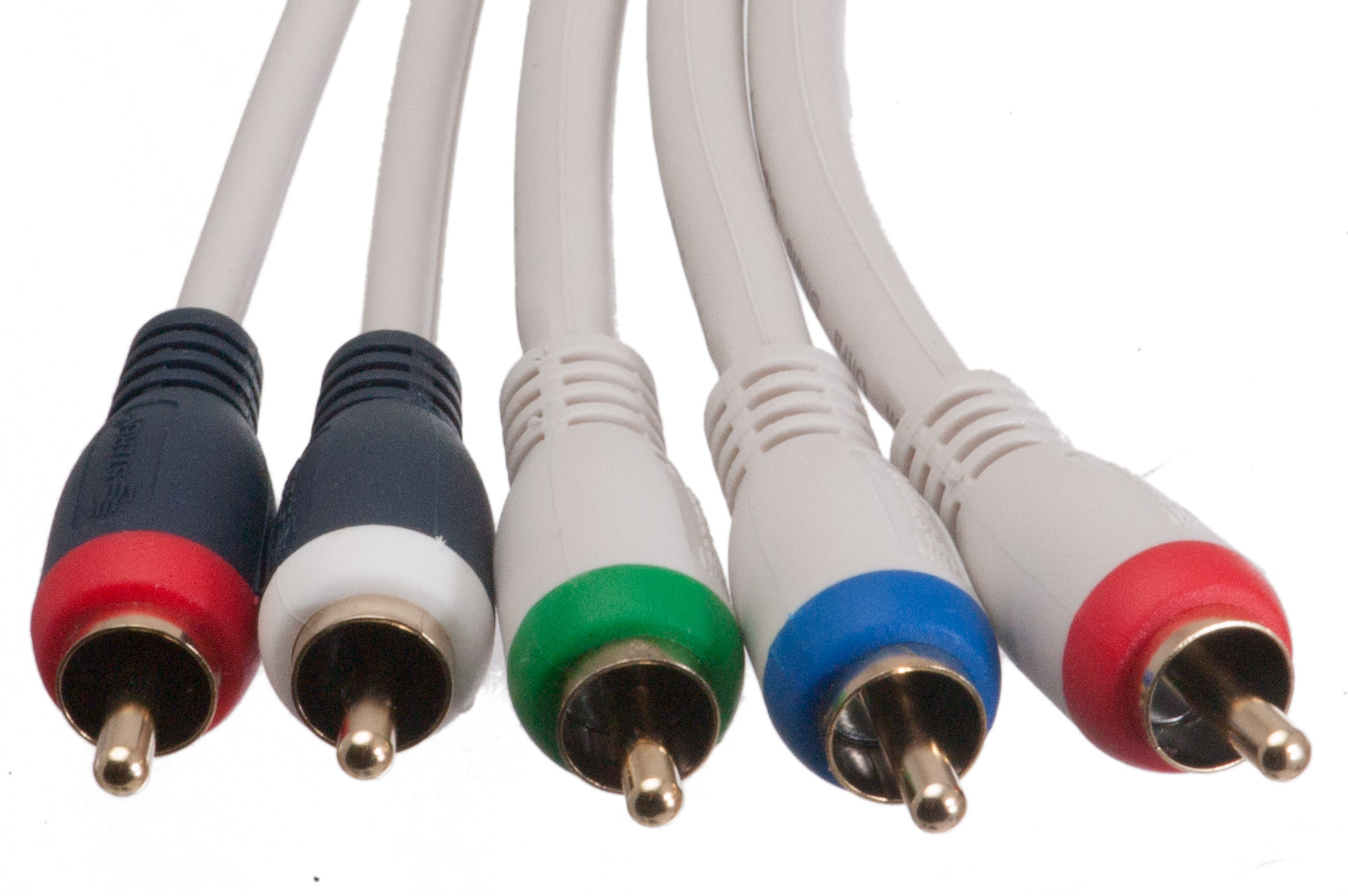 Not the answer you're looking for? Browse other questions tagged ps2 nintendo-64 or ask your own question.

6
Can an NTSC-J Playstation 2 run safely on 120VAC?
3
Upconverting older consoles' output for HDTVs
0
Old PS1 Gaming on a PS2?
3
N64 Composite to VGA
1
Can i upload old Ps1-Ps2-PSP saves into PS Plus account?
4
How can I play old console games on a modern TV?
5
Do all Playstation consoles use 3.3V for controller port signalling?