What happens if I ignore my Fallout Shelter game for two weeks?

I just started playing Fallout Shelter yesterday. I'm going to be working away from civilization for two weeks and will not have the time nor power nor inclination to play a phone game. I would like to not come back to a shelter full of skeletons.

What can I do to mitigate the damage to my shelter after two weeks with no Overseer? Can I pause or slow the game? Should I recall all my explorers?

While the other answers are accurate, I actually have done this.

I shut down fallout shelter and did not reopen it for 4 weeks. I left my explorers in the wilderness, and some survived! 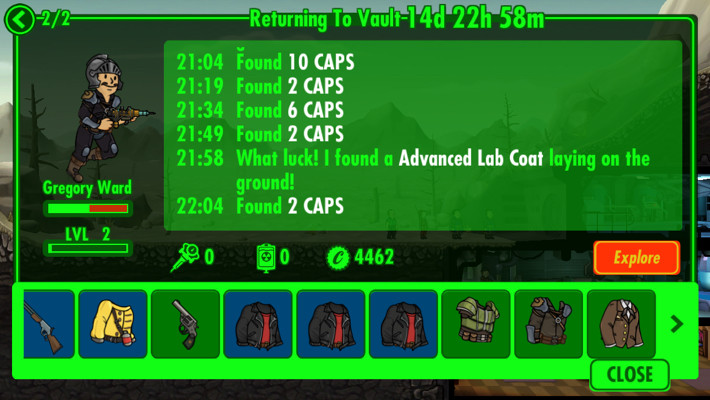 They were not anything fancy, just some level 1s with terrible stats that I sent out to die. But they somehow survived. I am bringing them back to the vault and renaming them Bear Grylls and Les Stroud.

I also had some dead bodies lying around that did not decay after 24 hours.

My theory for all of this is that the game does not actually run in the background, it just saves timestamps, then calculates what happened the next time you open up the app. That means that even though the explorers were dead when I opened the game back up, they had only died a few moments ago rather than several weeks ago, so the 24 hour body decay hadn't completed yet. It's kind of a shrodinger's cat kind of thing, where the dwellers are both dead and not dead until you start the app back up. But I digress.

I noticed that the survivors didn't have any negative events in their logs when I started back up. This might be a bug or something that the devs never tested because waiting a week to run a test case is a bit of a challenge.

In any case, I would not recommend that you have any explorers out when you shut down for two weeks. I don't know if my experience was a fluke, or happened because I upgraded the app before I started up again, or what. The others have mentioned this in more depth, but here is the quick list:

Your vault will not suffer from fires, raider/deathclaws/molerat/rad roach attacks, or other events while the app is shut down. Events should still queue up for explorers, unless your guys hit the same crazy survival bug that mine did. The safer thing is to recall them.

@GodEmperorDune suggested in their answer that I send out some explorers "for science" to see what happened. Here are the results. 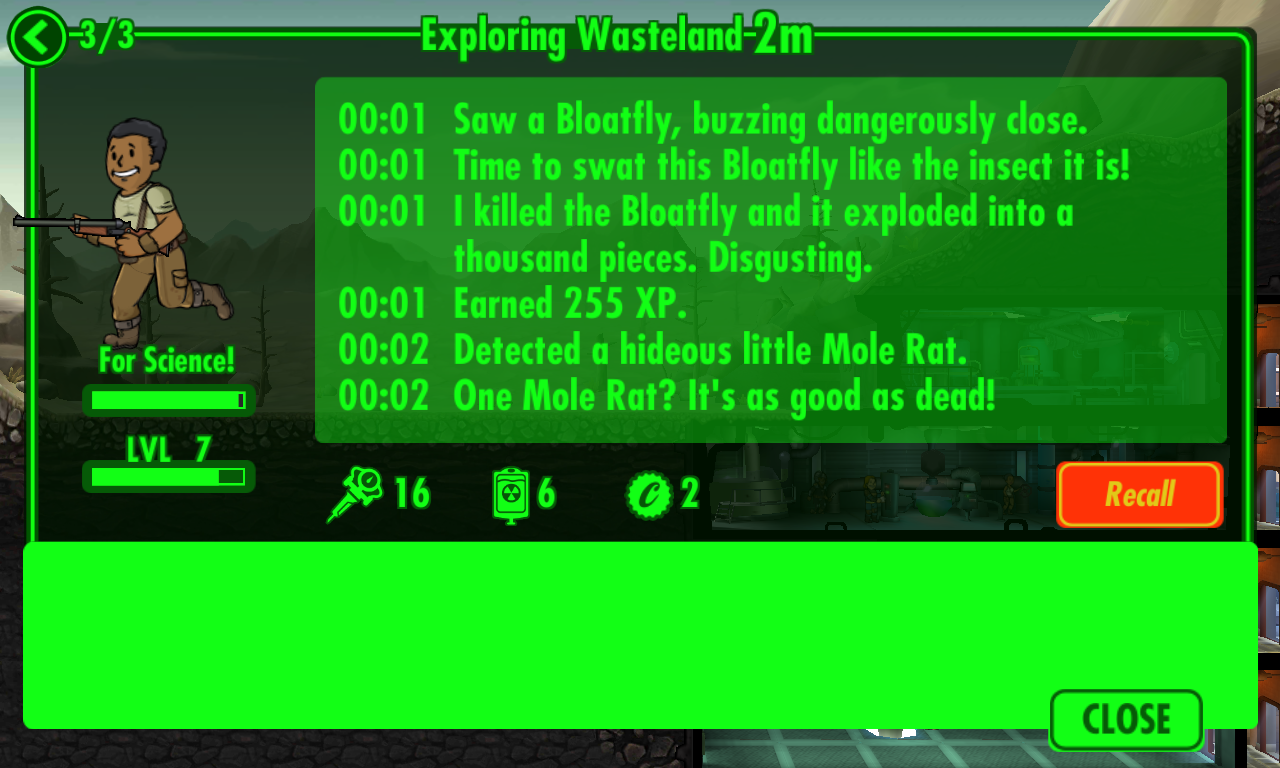 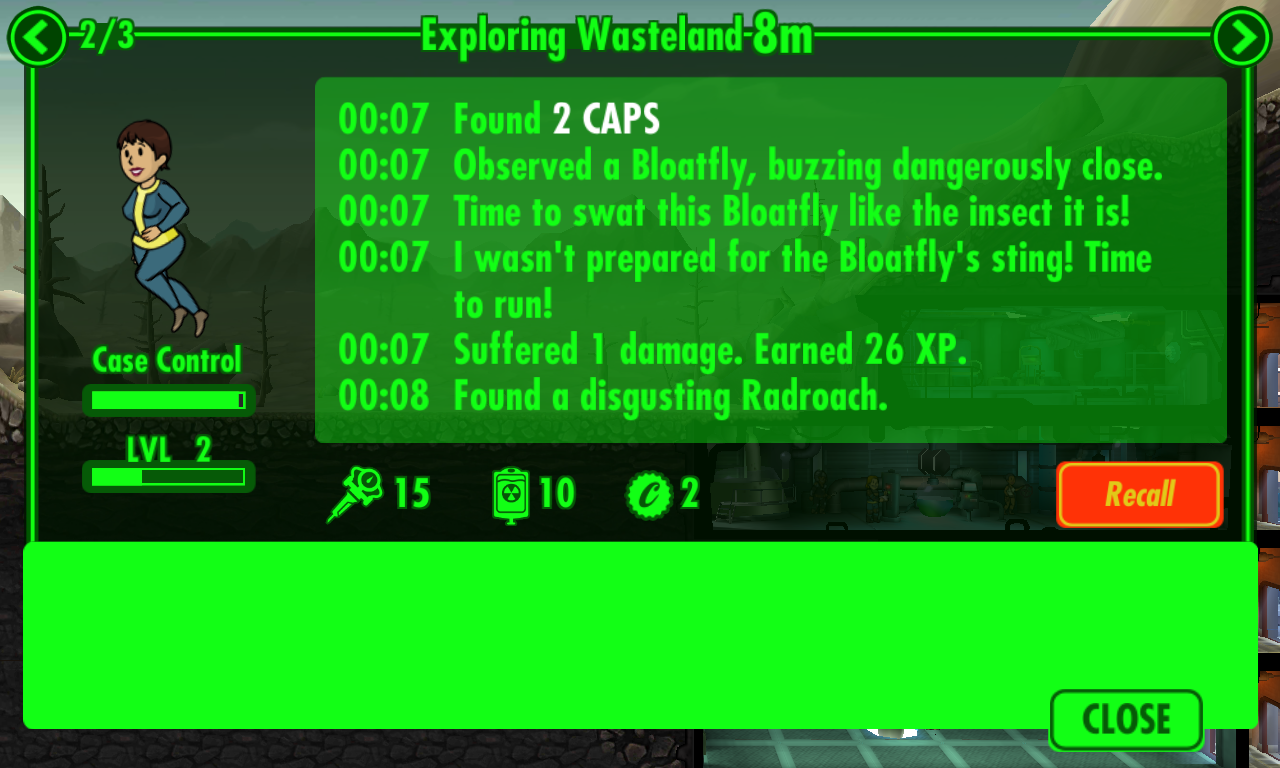 The game was closed and not re-opened until September 10th, about 10:45pm for a total of 14 days 6 hours 40 minutes. During this period my phone was turned on and off several times, ran out of battery several times, and had intermittent cell and Internet access. It did not change time zones.

I came back to find them both dead. 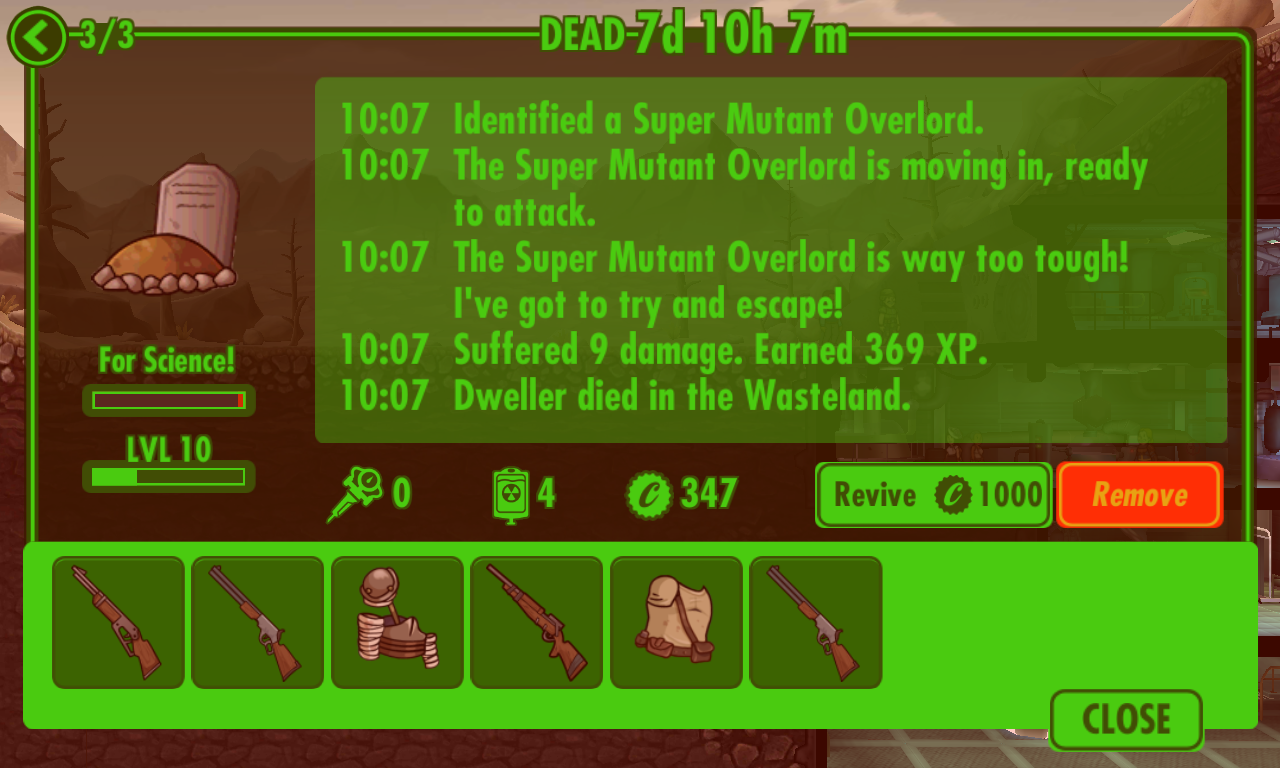 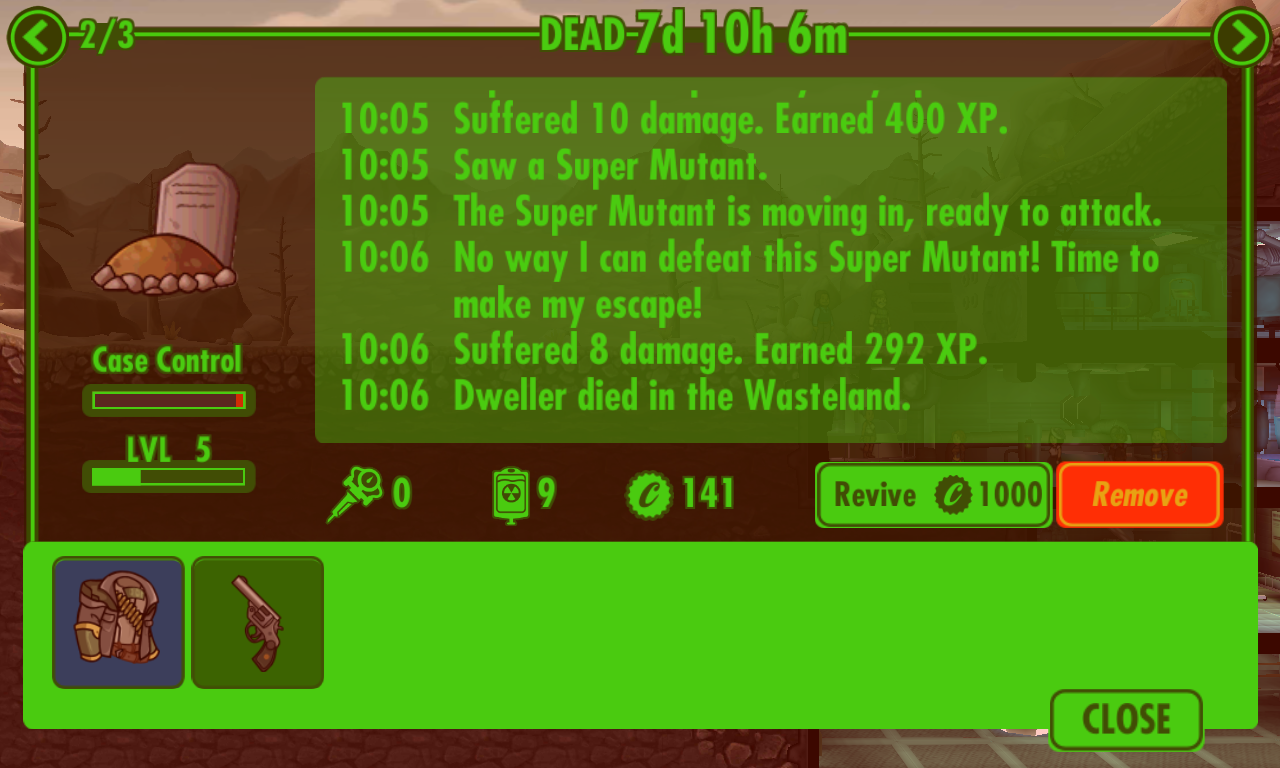 There are some curious anomalies. They were both killed by a Super Mutant (one to a normal and one to an Overlord). Both leveled up three times. Both logs last about 10 hours, the same within a minute. Both were only dead 7 days 10 hours. Both could be revived for 1000 caps, which I presume is some sort of maximum.

They were out for 14 days, their logs only lasted 10 hours, yet they were only dead for 7 and a half days. Where did the missing week go? Did the madness of the wasteland grip them so even good bookkeeping abandoned them?!

One thing is answered, dead explorers can be revived even after they've been dead for a week... at least if you don't open the game. How long they stay around while playing is an experiment for another time.

In order to satisfy the ethics committee, both explorers were revived and are now making their long journey back to the vault.

You only need to recall your explorers. They'll die in the wilderness if you don't. When you're not playing the game you vault only continues to consume resources for a short while, and no incidents, like fires or raider attacks can occur. You'll come back to the game much like you left it.

One other thing to be aware of is that you only have 24 hours to resurrect dead dwellers. If you have any dead dwellers lying around the vault or in the wilderness you should bring them back to life before you leave.

One tip: If you have training rooms, it would be a good idea to fill them up with dwellers with the highest stat for that room. Timers continue to run while you're not playing the game, but they won't reset until you start playing again and click on the dwellers/rooms.

That does not, however, include dwellers exploring the wasteland. They will continue to explore until they die, or you recall them.

Not the answer you're looking for? Browse other questions tagged fallout-shelter .

2
Can I have a decent game at Fallout Shelter by casualy playing it a few minutes a day?