Automatic updates are not auto-downloading

I have my Xbox One set up to automatically download and install updates, the rest of my settings are shown below: 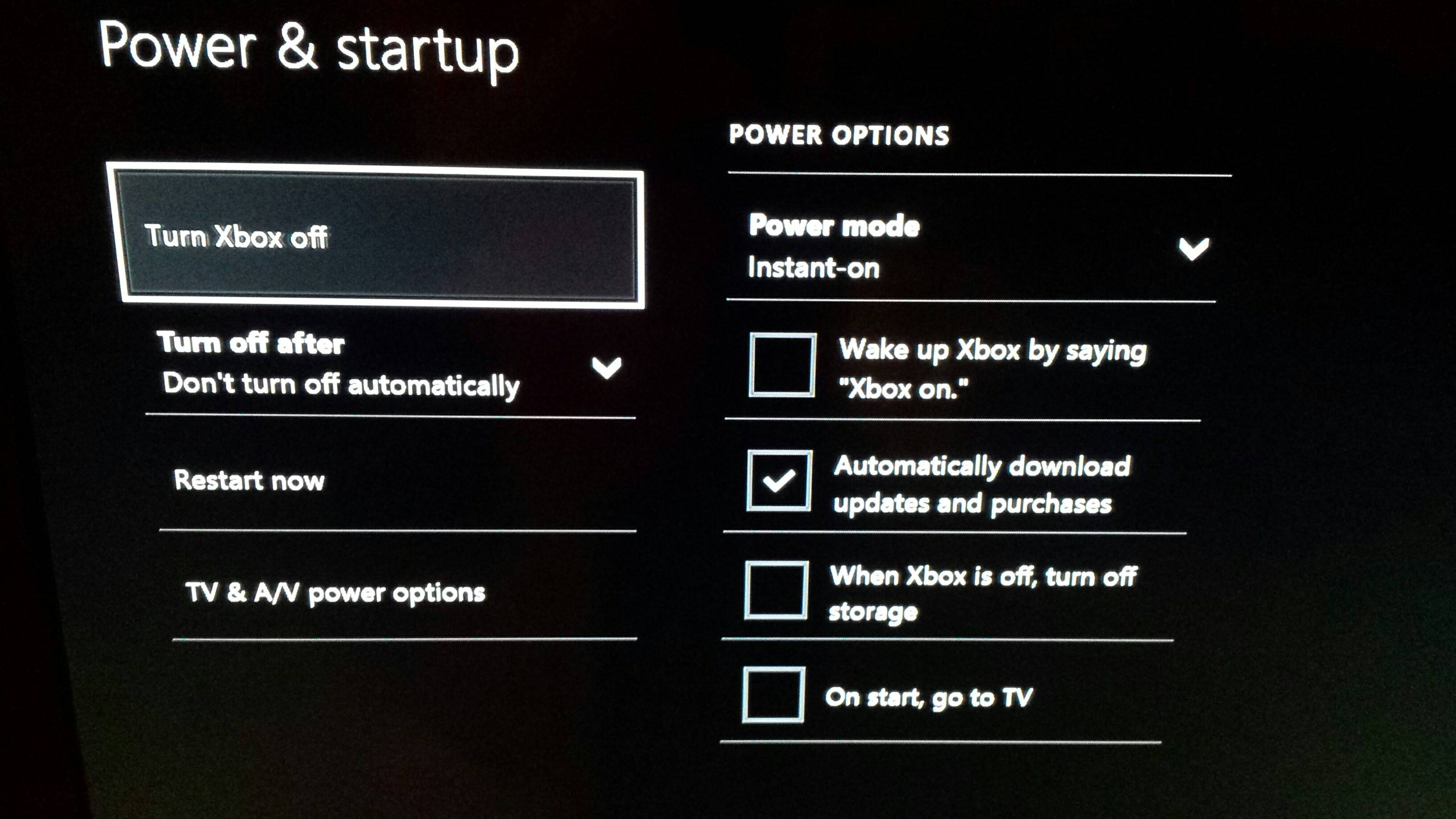 Is there a reason my games will show an update symbol on their tile, but they still don't download the update until I start the game manually?

I found a line in the xbox support docs that is, at least for me, inaccurate. It says the xbox will check for updates in the "off" state (instant-on low power state), which happens every time I shut the xbox down at night. However, that's not working. 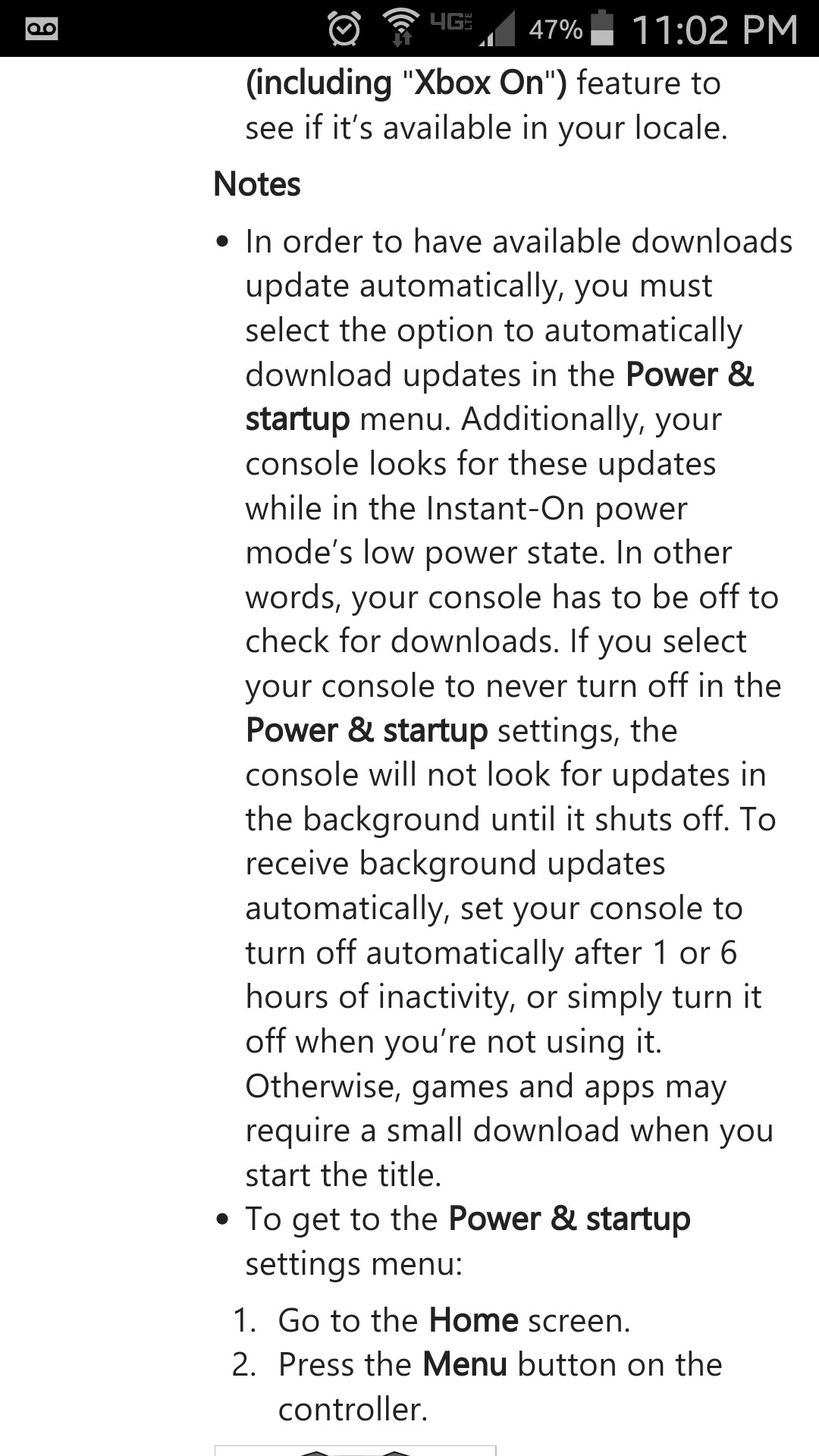 What I figured out after reading this, and some trial and error, was that I have my Xbox set to "never turn off automatically", and for some reason, this turns off the auto downloading. Despite the fact that the docs say it should work regardless of that particular setting's value, as long as you turn your console off once in a while (which I do), I wasn't seeing downloads come through.

But, after switching my console to turn off after 6 hours of inactivity, uninstalling an update, and turning the console off manually, I am now seeing the update download automatically in the "off" state, as well as in the background after starting the console.

You have to switch it where it says "don't turn off automatically" to "1" or "6 hours of inactivity", when the Xbox turns off or you turn it off, then and only then will it update

If you have your games on external HDD go to Settings and then Power mode & startup, you should have the box "When Xbox is off, turn off storage" unchecked. This should solve it.

4
Does the Xbox One automatically download app/game updates?
3
Installing Xbox One games into hard disk while in sleep mode
2
Xbox One S not automatically updating

2
How do I stop Xbox One games from running updates *while* playing?
1
Should I wait for the install to complete before playing?
0
Used Xbox One won't play games
15
Why does my Xbox One turn on randomly (and how do I make it stop)?
2
Skyrim SE modded save game sync