I've built a Mun-orbiting science station to process all the experiments that I've gathered from surface and space around. Basically this is simple final-stage rocket with four 3x2 solar panels attached symmetrically around the lab.
When I got to actual processing, to the enormously slow data processing per se, a lack of solar power generation is added. Batteries are not a bottleneck of this design, as they don't charge to the max during sunny-time.

My small question is how much electricity do I need to keep a science lab up and running with full data & 2 scientist sciencing on it?

My bigger question is how to optimally place solar panels & which (3x2 or 1x6 or just cover the fuel tank with 1x1 panels?) so that they could be conveniently deployed and get the most suntime i.e. maximize electricity per panel per day and provide enough of so needed electricity for the lab?

The short answer is a Mobile Processing Lab uses approximately 5 units of electricity per second.

The long answer is a little more complex: Solar panel placement doesn't matter as much if your station is oriented in the right angle to catch maximum sunlight. What I mean is you can have all the solar panels in the world, but if they're on the shadow side of your station, they won't work.

You should position your panels in a way that your orientation doesn't matter. I like to go with 4x symmetry and either the 1x6 or 2x3 panels, that way at least 2 panels are in some sun at all time. I prefer the 1x6 because they can stretch around from behind your station and still get some power.

This method of panel placement works in all orientations, whether side on to the sun, even if it's rotated or if it's pointed toward or away from the sun.

Your other problem is getting enough electricity to power your station. The 6 square solar panels (both 2x3 and 1x6) will supply 1.64 electricity units per second when pointed at the sun from Kerbin orbit (it increases as you get closer to the sun and decreases further away). 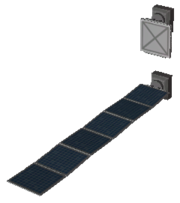 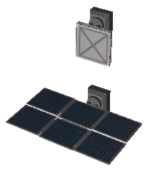 That means that you'll need two sets of four to get all the power you need.

OR... if you have unlocked the Gigantor XL solar panel, just one can supply 24 elec/second...

*not to scale (this is huge)

A final word on the mobile processing lab

If you want to keep your station powered - don't land it! On the surface night lasts... all night (5 hours on minmus), that means 5 hours on batteries. The Mun is tidally locked to Kerbin which means Mun's night is 3 Kerbin days - that's a long time without electricity. In orbit, night can be a single minute (or less depending on your altitude).

Of course the more solar panels you have, the more electric charge you will generate, but all of the panels in the world won't help if your ship drifts out of alignment with the sun. If you don't check on it frequently, it's much better to have a variety of placements that will allow your ship to get sunlight in any orientation, but as I check on my surface and orbiting base almost daily, I made corrections to my orientation to maximize the sun exposure. That being said, I have two bases on Minmus (linked together into one base) with a total of 8 of the 3x2 panels, and enough batteries to keep 7200 units of charge, and even when the surface is in darkness with two science labs working, I never run out of charge. 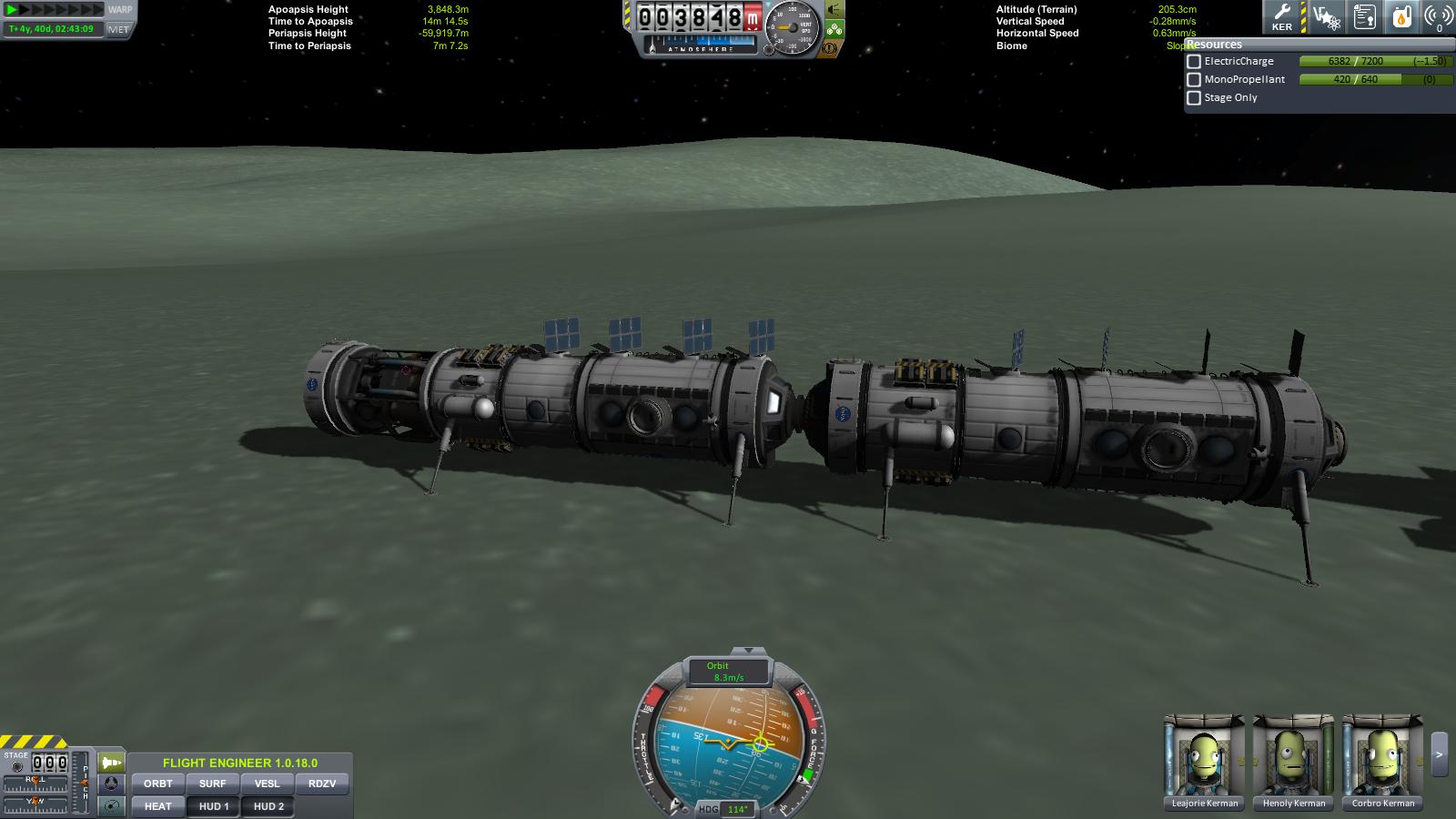 I would think for an orbiting base, you should have even more sun exposure than my surface base, so that number of panels/batteries should be sufficient.

5
How can I use Jool to put a spacecraft into a solar polar orbit?
18
Which communication method is most efficient?
10
How can I get science from my space station to cash in the points?
0
Which parts panel contains control surfaces?
1
Do I need to bring the laboratory back to Kerbin?
5
Kerbal Space Program: Gigantor XL solar arrays wobbling heavily on Space Station (no mods)
4
Solar intercept from collision course
10
Are Fuel Cell Arrays efficient enough for mining ships?
5
What's more fuel efficient, orbit or slingshot?
4
How many science points can be obtained through experiments in the whole solar system?