What are all of Sonic the Hedgehog's transformations?

Originally, I know Sonic could go Super Sonic whenever you collected the Chaos Emeralds in most of the Sonic the Hedgehog games. However, I've seen Sonic in quite a few other altered states. An example would be that I saw Sonic with no pupils and two stripes over his head. It would seem that he has gained a few other forms over the years that I'm not quite aware of, so I would like to know what other forms he has besides Super Sonic and what games they originated from. And, if you're feeling loving, maybe give a little description about what the form does.

Super Transformation (Sūpā-ka) is a frequently recurring gameplay feature and story element within the Sonic the Hedgehog series. It was first referred to by name in Sonic Heroes.

It was known as 'Super' back in Sonic the Hedgehog 2, when you collected all the Emeralds the text would say "Now Sonic can be Super Sonic" (and again in Sonic 3 and Knuckles, Now <character> can be Super <character>"

Hyper Sonic (Haipā Sonikku) is a hyper transformation of Sonic the Hedgehog that is obtained by collecting all seven Super Emeralds, Chaos Emeralds that have been enhanced by the Master Emerald. To trigger the transformation, Sonic must collect at least fifty Rings and perform the Insta-shield. To this date, Hyper Sonic is recognized as the most powerful form of Sonic ever.

Darkspine Sonic (Dākusupain Sonikku) is one of Sonic the Hedgehog's transformations, appearing in Sonic and the Secret Rings. Rather than using the Chaos Emeralds, he uses the World Rings of rage, hatred and sadness to transform. In this form, Sonic's personality is slightly more sinister and violent due to the intense feelings that each of the World Rings contain. He is playable in the final battle against Alf Layla wa-Layla, an enhanced form of Erazor Djinn.

Excalibur Sonic (Ekusukaribā Sonikku), also written as Excalibur-Sonic, is one of Sonic the Hedgehog's transformations, appearing in Sonic and the Black Knight. Sonic assumed this form by the power of the transformed Caliburn and the three sacred swords. He is playable in the final battle against the Dark Queen, an enhanced form of Merlina the Wizard. 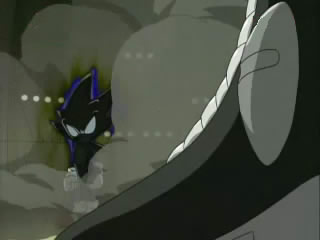 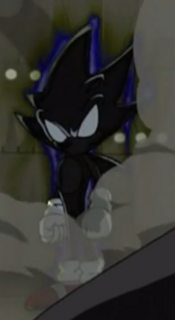 Dark Sonic is a next form of sonic that was only seen in the Sonic X series. The form was gained from sonic seeing his friend in pain. The power enhances Sonic's strength, speed, and some what his anger.

These are all the transformations for Sonic as documented on the "Sonic Wikia".

Sonic also has a Werehog form which was introduced and used in Sonic Unleashed. This form was obtained when Sonic was exposed to Dark Gaia's power which allows him to transform into this form at night in the game. 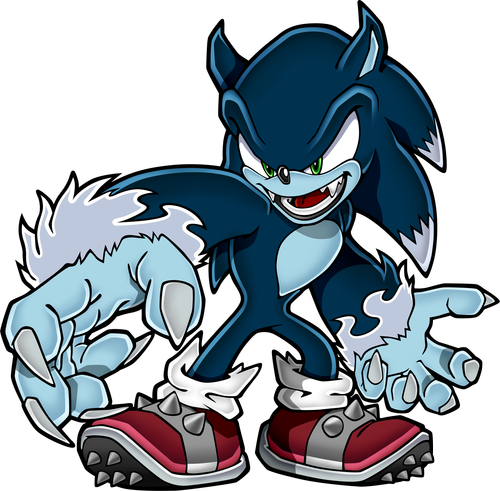 25
What is the difference between Dr. Robotnik and Eggman?
6
What is this metal launcher that appears in airship levels of both Sonic and Kirby games?
1
Is there a game called Sonic: The Next Level?