What happens if Baron Rivendare and Dreadsteed die at the same time?

In Hearthstone there are the two minion cards Baron Rivendare and Dreadsteed.

The Baron's ability is "Your minions trigger their Deathrattles twice" and the Dreadsteed has "Deathrattle: Summon a Dreadsteed."

Imagine the first player has both on the table. What happens if the second player kills both at the same time, say with a card which kills all minions?

Does the first player remain with one or two Dreadsteeds?

I read the answer to the question suggested in the first comment, but the situation is different here. There it were two cards with Deathrattle. Here is just one. Anyway the answer indicates that it relies on the order the cards were played. But I am not sure at all...

The simple answer to the question is that you get 1 Dreadstead back on the field.

Using your example, I'll use Twisting Nether as my board clear (Though any other board clear will have the same result).

Only the single deathrattle from the dreadstead will occur. Your Baron is not "alive" to trigger the deathrattle a second time. 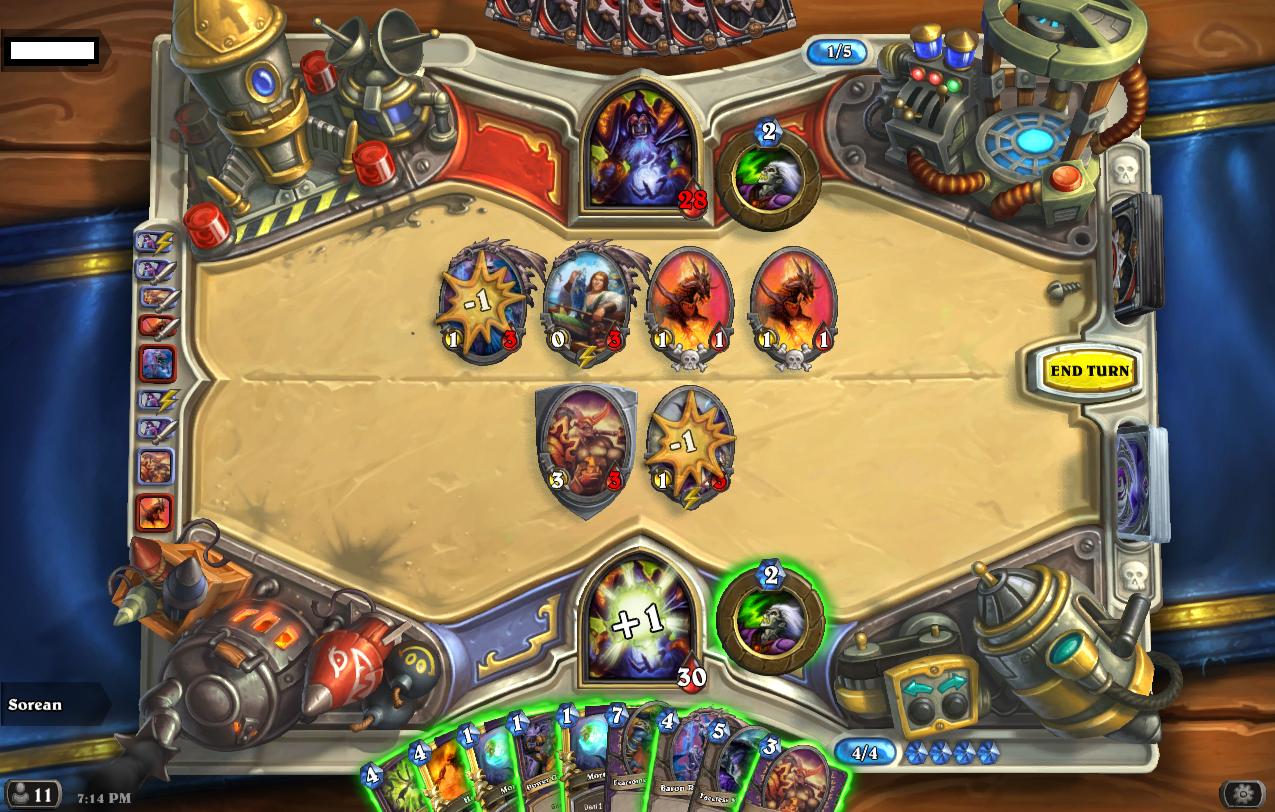 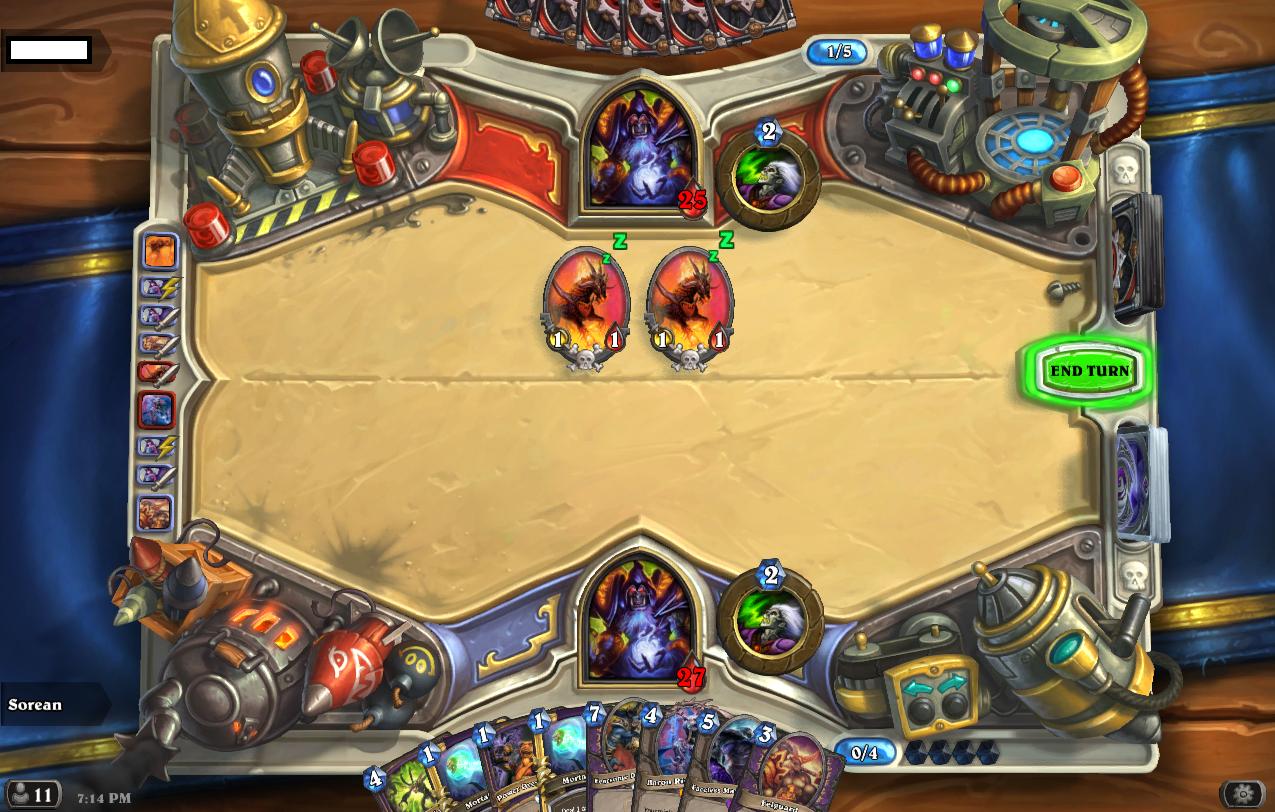 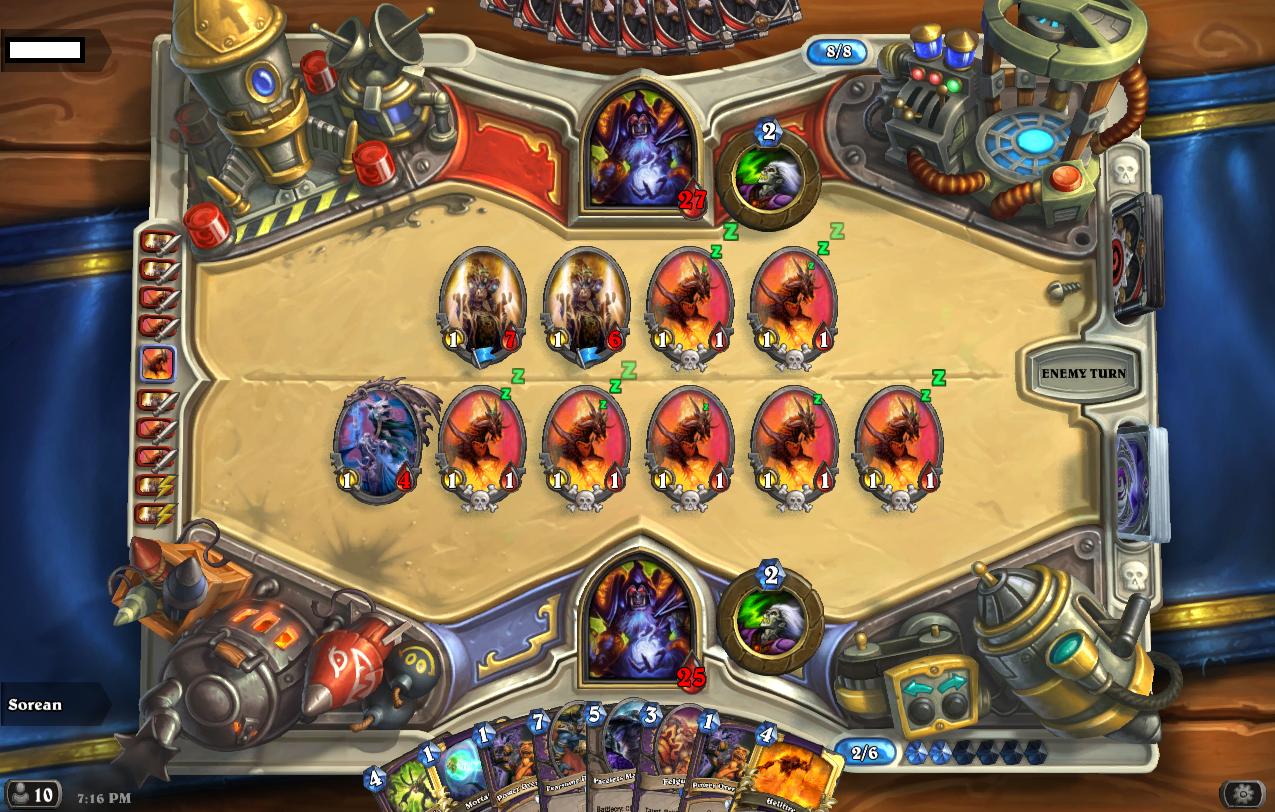 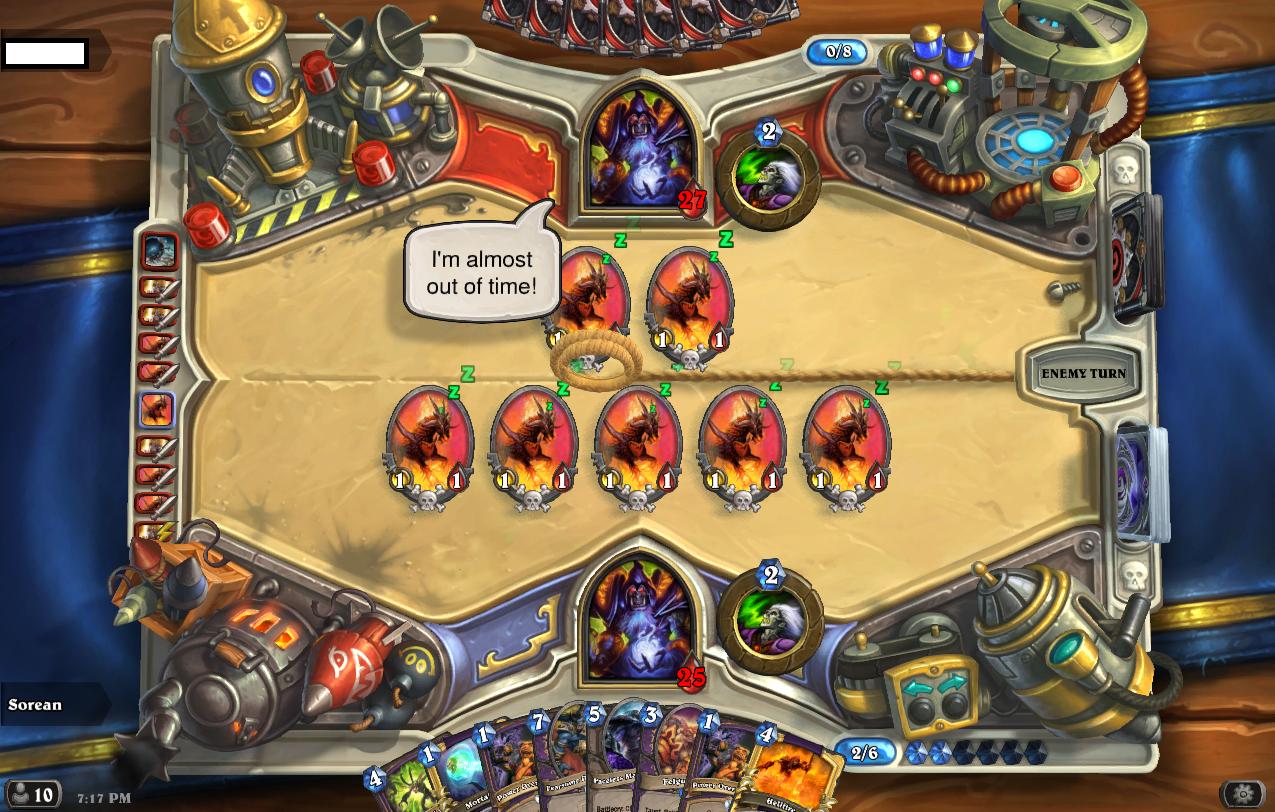 As you can see in both cases, only the single deathrattle from each Dreadstead takes effect because there is no Baron alive to trigger the second one.

For some minions, their effect does not trigger if they die.

For example, you have a Cult Master (draw a card when a friendly minion dies), and 4 different 1-health minions.

Your opponent (Paladin) plays consecration, killing all your minions.
Result: You draw no cards

If your opponent is a mage, and plays Arcane Explosion instead, all your minions but the Cult Master will die.
Result: You draw 4 cards (one for each minion)

Although I haven't had extensive experience with Baron Rivendare specifically, I assume this to apply similarly. Rivendare's power does not work when Rivendare dies.

I'm not sure about Inspire, as I haven't seen too many inspire plays yet.
My expectation is that the Inspire action only triggers after the hero power is used (and its effect has applied). So the order of operation would be:

This would be analogous with how e.g. Lightwarden works. Their attack gain only occurs after the rest of the action has been resolved.

17
How is effect precedence determined?

6
Which mind control effects allow you to attack?
27
Hearthstone opening strategies: why waste mana?
12
Reincarnate a minion with the Ancestral Spirit deathrattle
4
What are the game-turning cards or combos for each class?
7
Mulligan strategy for a burst Shaman
19
Is a 9 or 10 cost minion hit by Freezing Trap unplayable?
10
What happens when 2 different players have Mecha'thun die at the same time?