What is the significance of other locked staff members?

I'm taking my time with this game and haven't progressed too far yet. I've only done the first 8 or so main missions and as much as the side missions as possible. I'm just trying to build up my staff as high as possible so I'm dismissing overall low ranking staff and trying to do as much research as I can.

In the process, I've come across a couple of staff members who are locked, similar to Ocelot and Miller. This is not to be confused with members who are in Direct Contract. Although it's a similar looking icon, they're not the same.

I can understand why Ocelot and Miller would be locked, but I'm not sure why these other guys are being locked too. I have two of them now and their skills are mixed: "Ziang Tan" (A+) and "Silent Basilisk" (C). One has a high rank while the other sucks. 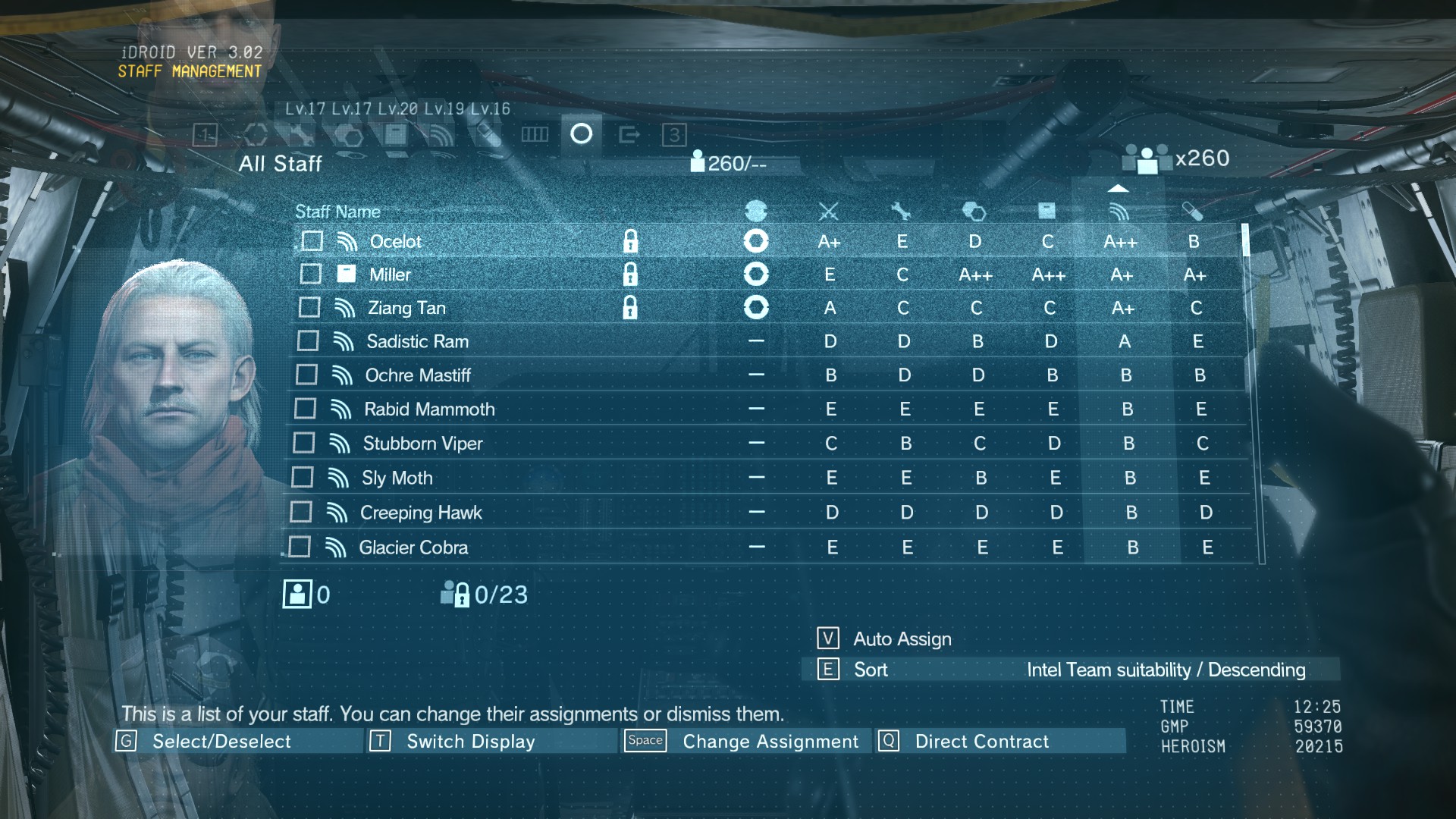 What is the significance of these locked staff members? How did I get them in the first place?

I understand Tan Ziang helped with the game so maybe he's an easter egg. But Silent Basilisk is just a no-name member. I would have wanted to dismiss Silent Basilisk based on my current standards but the game wouldn't let me. 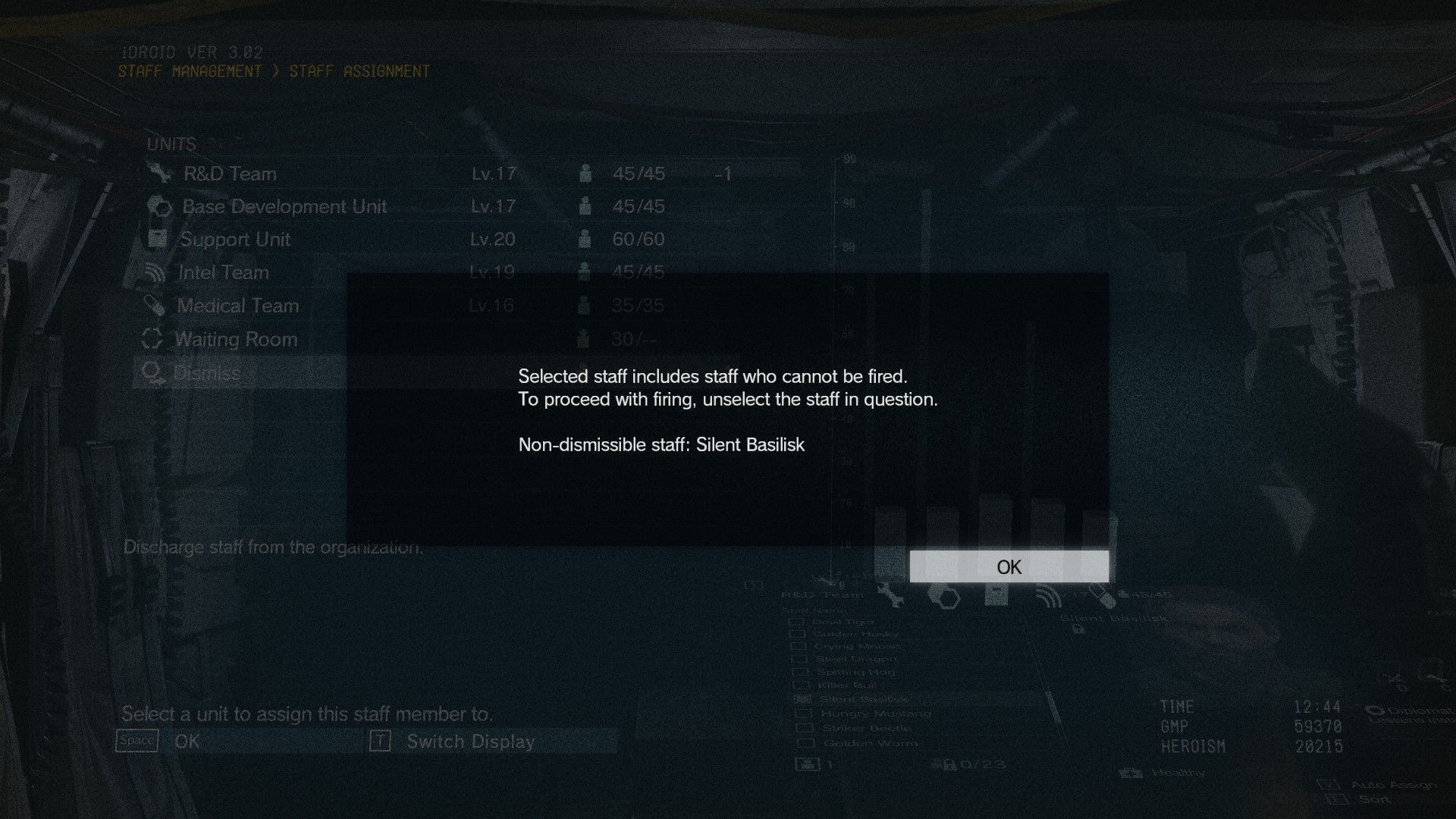 It appears the padlock icon represents a unique character who is important to the main story.

As you know, this is the case with Miller, Ocelot and Ziang.

Silent Basilisk also appears to be a story-related character.

If you rescue him in 6th main mission, he will appear in your base. He is a unique character, having the traits of a diplomat, despite being a mute.

Your unit is being infiltrated by a foreign army. Hiding rank signifies they are probably all elite infiltrators. If I can't fire Ziang Tan, I can keep moving him to sickbay or the waiting room before assigning missions. Keep him from leveling up.

You will notice it's generally the intel team. Tan Ziang is one of the "unlucky dogs" that have been captured and needs to be rescued via side ops. These guys are locked on their respective team and don't add to the teams totals until rescued.

At least that is what I have discerned, no official documentation.

Not the answer you're looking for? Browse other questions tagged metal-gear-solid-5-the-phantom-pain .

2
What does the padlock icon next to a name mean in staff management?
1
How to get the cutscene where motherbase staff fights each other in MGSV?
10
What is the most effective incapacitation?
13
What use is the water pistol?
10
What is the point of capturing outposts?
9
Is there any way to deal with helicopter gunships other than shooting them out of the sky?
4
What determines the winner of a virtual PF battle?
2
What language are the soldiers speaking in Mission 19 "On the Trail"?
1
What is the difference between online and "normal" material procurement?
2
MGSVPP: Farming Staff